By providing renewable energy to corporates, Kuldeep Jain's CleanMax has been helping them meet sustainability goals while growing in size and credibility itself 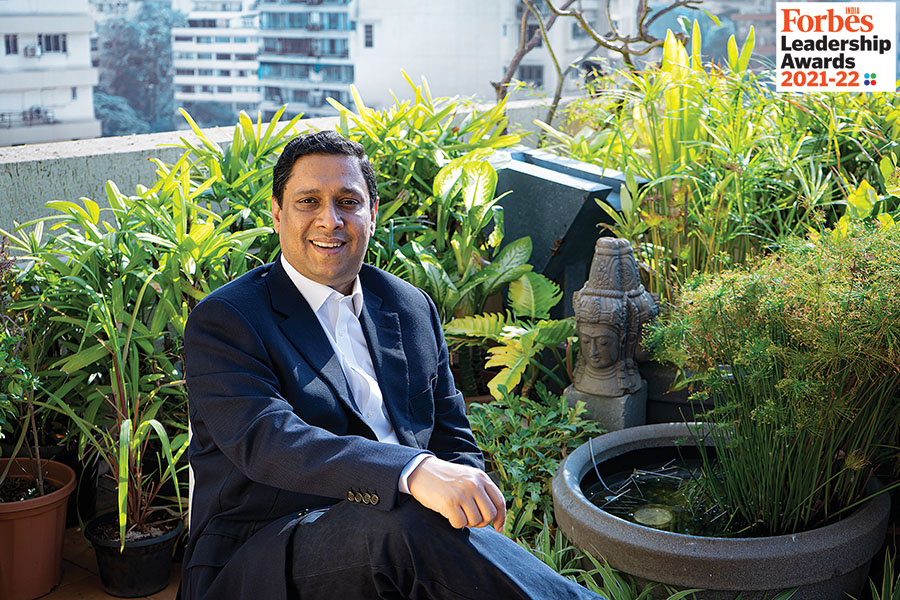 After working with McKinsey & Company as a global partner, heading energy and corporate finance practices for almost 12 years, Kuldeep Jain, then 36, decided to fulfil his childhood dream of becoming an entrepreneur. But it was not all rosy. In 2011, when Jain founded CleanMax (previously CleanMax Solar), he was clear about his target users and wanted to be a sustainability partner of corporates to help them go green by setting up gas-fired power plants. It was all going according to plan, and Jain even managed to raise money. But over the next 12 months, Jain’s business plan failed, as gas prices doubled following the Fukushima nuclear disaster in Japan in March 2011. “We came to a point where we suddenly had no business plan. I had put in a lot of money and it was also running dry. It was just year one and we failed miserably,” recalls Jain.

However, on the bright side, solar power prices started coming down. In 2012, CleanMax pivoted its business and started setting up solar rooftop plants for companies. Then there was no turning back.  The company became a pioneer in the ‘operating expenses (Opex) model’ in India, where the company puts up solar plants— rooftop or otherwise—at its own cost, and sells the power directly to customers. “With the Opex model, onsite solar comes with zero investment and puts the performance risk on us. The client pays only for the energy generated, which is typically 30 to 40 percent cheaper than industrial grid tariffs. By paying per unit, they also avoid taking a risk on the technology, equipment life, or plant generation. The client pays for the energy, and leaves everything else to us,” explains Jain.

At present, the company has more than 200 customers, including leading corporations such as Facebook, Tata Motors, Tata Communications, Grasim, Cipla, United Breweries, MG Motors, Adobe, Cargill Foods, Volvo, Mahindra Group, Sansera and NTT. “Sustainability is a focus area for NTT across the globe,” says Sharad Sanghi, managing director of NTT India. “In India, we have partnered with CleanMax to address the renewable energy requirements for some of our key data centres. CleanMax has rapidly scaled up their supplies, helping us with our investments in wind and solar power. This partnership will play a key role in helping us achieve our ambition of net zero emissions across our operations by 2030.”

Besides rooftop solutions, CleanMax has developed a network of grid-connected, open access solar and wind farms across India to supply renewable energy to its corporate clients who are looking to achieve 100 percent renewable energy sourcing. In 2019, the company diversified into wind and wind-solar hybrid models. After doing a strategy review, Jain realised that the combination of wind plus solar is much more beneficial to clients than solar alone. The two major requirements of his clients are 100 percent green power and cost saving; 60 percent of the client’s requirements are met with solar, whereas 30 percent of their requirements are met by wind-plus-solar. “This hybrid model has been a big success for us,” says 47-year-old Jain. “Cargill, the US-based global food corporation with a large factory at Davangere, Karnataka, required power round the clock. We arrived at an optimal mix of wind and solar power, to deliver approximately 40 million units of power every year, throughout the year. This wind-solar hybrid farm began generating power in 2019, providing up to 90 percent of the factory’s power requirement.”

With renewable energy going mainstream, the industry has seen dynamic growth in the past few years. Corporates in India and across the world are aiming for 100 percent renewable energy, to achieve their sustainability goals and save on costs. CleanMax tapped the market at the right time and became one of Asia’s largest providers of renewable power to corporates. Jain adds, “We’ve even worked for India’s third largest airport, the Kempegowda International Airport, Bengaluru. We worked within significant security restrictions at the airport to install a 504 kilowatts peak (kWp) solar power plant in March 2016, covering approximately 2 acres. Two years later, the airport also procured 13 MW of solar power from CleanMax’s private solar farm in Karnataka.”

The Mumbai-based renewable energy company saw its revenue rise from ₹319.8 in FY19-20 to ₹637.2 crore in FY20-21 due to high demand and funding. The company is looking at a projected revenue of ₹750 crore for FY21-22. As of December 2021, 75 percent of the revenue comes from solar power (rooftop/off-site solar farms), and the rest from renewable farms (wind/wind-solar hybrid farms). Their past and present investors like Warburg Pincus, IFC, UK Climate Investment, Augment Infrastructure and IFU have invested $175 million. The most recent investment of $34 million came from the Danish Investment Fund for Developing Countries (IFU).

The regulatory framework in India for private investors in renewable energy continues to evolve in a positive direction, says Viktor Kats, managing partner of Augment Infrastructure and one of the investors in the company. “CleanMax has expanded its platform by primarily focusing on states that offer a favourable enabling environment and offering its customers an attractive value proposition. As a result, it has been able to attract capital from marquee international investors.”

The investor believes that CleanMax has presented a unique opportunity to partner with leading commercial and industrial (C&I) players in India. The C&I segment is one of the fastest growing set of consumers that is looking for renewable energy solutions in a predominantly fossil-fuel supplied sector. “CleanMax’s customers are well known Indian and multinational companies with a strong credit profile and track record,” adds Kats.

CleanMax has installed more than 550 rooftop solar power plants across India, with a rooftop solar capacity of over 250 megawatts peak (MWp), helping abate 331,200 tonnes of CO2 per annum and providing green energy to clients across diverse sectors—government, manufacturing, education, real estate, pharmaceuticals, IT/ITES and more. With rising client demand and requirements, the company also started operations in the UAE and Thailand.

Jain explains that corporate leadership wants to go green much faster than what even the government is targeting. “I don’t mean to say that the government is not ambitious. Government has ambitious targets, but corporate targets are far more ambitious on going green. And that’s why we love working with corporates because they don’t talk 20-30 percent green, they want 100 percent green. So it’s a real joy to be able to work with them and serve their needs.”

“I have seen the company grow from our first project of 0.1 MW to now an aggregate capacity of close to 1,000 MW,” recollects Nikunj Ghodawat, chief financial officer at CleanMax. “When I look back and compare, it appears to be a perfect journey. But no great business is built without challenges, and we also had our fair share of it. For instance, be it our first working capital finance, asset finance, equity raise, land purchase or expansion to new geographies nothing was easy and initially appeared far-fetched. However, Kuldeep always had faith in his vision and, more importantly, trust in the people and their ability to deliver. So CleanMax feels like an extended family to me and many of us,” says Ghodawat who has been working with the company for nine years. Currently, more than 200 people are employed with the company.

India’s energy transition will create a multitude of opportunities for stakeholders across the value chain. Given the scale of change, clean energy providers will have a crucial role to play, explains Rishabh Jain, programme lead at CEEW Centre for Energy Finance. “The Opex model has been very successful and has helped many large electricity consumers in the energy transition. Globally, many commercial and industrial establishments are aiming to reduce their electricity bill and carbon footprint by shifting to clean energy sources. Scaling up of renewable electricity and green hydrogen would be critical in this endeavour. The change is expected to create disruption in the grid and many distribution companies [discoms] might lose their high-paying consumers. However, despite a clear economic case, the transition would experience hurdles.”

The recent notification by the Ministry of Power to streamline the process of green hydrogen is a step in the right direction. However, discoms would need to be brought on board through a consultative exercise to address their concerns. Only then would the commercial and renewable energy sector in India be able to truly witness a successful energy transition, adds CEEW’s Jain.

The mega trend is that corporates have a huge desire to go green, and can save roughly 30 percent of their energy bills by buying green, explains Jain. So for the clients it’s cost saving and a green benefit. The proposition is strong, as the C&I sector accounts for 50 percent of India’s power consumption. “I do see a bright future for the industry, given these mega trends.”

Talking about what’s in the pipeline for CleanMax, Jain excitedly says, “In the next 12 months, we are putting up more capacity than we’ve put up in the first 11 years of existence. But the best is yet to come. We have many new facilities coming up in big states like Maharashtra, Haryana and Uttar Pradesh. We just announced a joint venture for Saudi Arabia and Bahrain, and are planning a foray into Vietnam.”

In the coming years, CleanMax plans to reduce about 1.35 million tonnes of CO2 in a year.