Meta disclosed that it had spent $10 billion last year building out its new namesake, the metaverse, the virtual reality wonderland that Facebook is betting will be the internet's next big thing—but that, so far, remains more virtual than reality 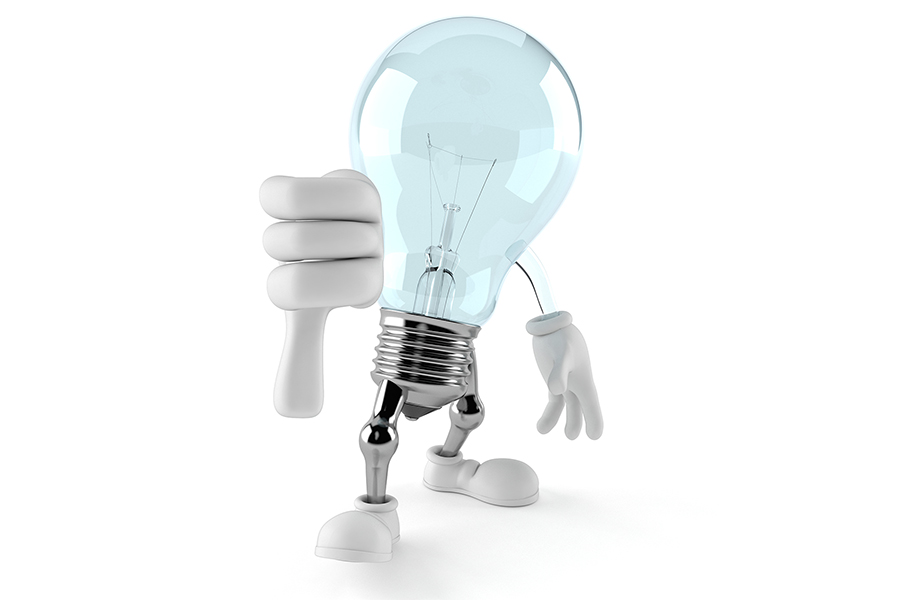 Facebook’s value has slumped by more than what all but the largest companies are worth.
Image: Shutterstock

There has been no shortage of explanations for the sudden, spectacular swoon in Facebook’s stock value last week. Meta, Facebook’s parent company, said in an earnings report that its user growth had stalled. Young people, its most valuable demographic, keep spending time on TikTok, the irresistible short-video app that has become Facebook’s most formidable competitor in years.

New privacy features that Apple added to the iPhone last year are also hampering one of Facebook’s main moneymakers, targeted digital ads; the company said that Apple’s changes may cost it $10 billion in revenue in the coming year. And Meta disclosed that it had spent $10 billion last year building out its new namesake, the metaverse, the virtual reality wonderland that Facebook is betting will be the internet’s next big thing — but that, so far, remains more virtual than reality.

But beneath Facebook’s many expensive problems is a single more fundamental problem, an issue that has plagued the company for more than a decade — and that Mark Zuckerberg, Facebook’s co-founder, has never really figured out how to address.

The problem is innovation: Facebook can’t seem to do it. The company just doesn’t appear to know how to invent successful new stuff. Most of its biggest hits — not just two of its main products, Instagram and WhatsApp, but many of its most-used features, like Instagram Stories — were invented elsewhere. They made their way to Facebook either through acquisitions or, when that didn’t work, outright copying.

But buying and copying other ideas is becoming increasingly difficult for Facebook. Regulators around the world, wary of Facebook’s size and market power, are sour on letting it gobble up any more would-be competitors. And Facebook’s biggest apps are so overstuffed with features cloned from other places that they’re becoming chaotic and unfocused.

Meanwhile, it’s easy to see why investors might be skeptical that Facebook is the company that will invent the next big thing, whether the metaverse or whatever else. It’s been a very long time since Facebook created something truly groundbreaking.

How long? Zuckerberg didn’t invent the idea of a social network, but Facebook’s first decade was nevertheless full of innovations. Perhaps the most important was the release in 2006 of News Feed, the system that organizes updates from your friends into a timeline — also known as the main part of the Facebook app. News Feed revolutionized how people navigated the internet.

On older social networks, like Myspace, you had to visit each of your friends’ pages to see what was happening with them. By combining posts in your network into a kind of real-time digest, News Feed ushered in something profound in human relations: a real-time window, available to any of us, into the social lives of all of us. The fact that News Feed — and the many other feeds it inspired, like Twitter’s — has gone on to change the world in both positive and quite negative ways only underlines its importance. Once, at least, Facebook could come up with new ideas that really could change the world.

Ten years ago, though, Facebook went public, and ever since, its strategy has been less about innovation than about goosing wild growth both in its user base and its ad business. Its main technological project became scale: It would build out its infrastructure to serve everyone on earth, and it could leverage that infrastructure to stay on top. When interesting new features popped up online, you could count on Facebook to bring them to the widest audience, even if it didn’t itself invent those features.

Facebook’s artistry lay in its operational excellence more than its originality.

Consider Instagram. When Facebook paid $1 billion for the photo-sharing app in 2012, Instagram had only 13 employees, about 30 million users and no revenue. Facebook showered resources on the company while allowing its founders, Kevin Systrom and Mike Krieger, wide latitude in running the place. Growth surged. Today more than 1 billion people use Instagram every month, and in 2018 it may have been worth more than $100 billion. Instagram’s founders left the company in 2018 — reportedly after increasing tensions with Zuckerberg — but they have maintained that the acquisition was ultimately good for users.

The Federal Trade Commission approved Facebook’s purchases of Instagram and WhatsApp, but in 2020, the agency filed suit against Facebook, saying that both deals were part of a “systematic strategy” to maintain a monopoly. Last month, a judge ruled that an amended version of the lawsuit could move forward. There’s almost no chance that regulators will allow Facebook to buy another potential rival anytime soon. That leaves Facebook with another tactic it has honed over many years: borrowing other people’s ideas.

Look, again, at Instagram. When the app started, it was a simple feed of photos. Over the years, Facebook has loaded it up it with a slew of features picked up elsewhere. Instagram now broadcasts livestreams — a feature first pioneered by startups like Twitch and Periscope. One of Instagram’s most popular features is Stories, a kind of photo diary of a user’s day. The Stories format was invented by Snapchat, whose success in the early 2010s looked like it posed a threat to Facebook’s dominance. Zuckerberg tried to purchase the company — now called Snap. No dice. He also tried several ways to clone its features. In 2017, he finally hit big; after putting Stories at the top of the Instagram app, Facebook blew Snap out of the water. Within a year of cloning Snapchat’s best feature, Instagram’s Stories was bigger than Snapchat’s. As if to rub it in, Facebook also added a Stories feature to the Facebook app and to WhatsApp.

Now Facebook is trying to do something similar with Reels, its TikTok clone. Reels made its debut in Instagram in 2020, and in 2021 Reels began rolling out on Facebook. On a call with investors last week, Zuckerberg said that Reels was doing well. But he didn’t go into many specifics, and he mentioned competition posed by TikTok so much that one suspects he isn’t entirely satisfied with how well his clone is competing.

Facebook does seem capable of building new things. Its virtual reality business — built out of its 2014 acquisition of the VR startup Oculus — has created some interesting hardware, and its spending on the metaverse could well lead to wondrous new virtual worlds. But it’s reasonable to be skeptical.

Facebook remains an enormously successful company, but its recent straits do call into question the theory, offered by proponents of stronger anti-monopoly rules, that it still enjoys an unfair competitive advantage over competitors. Its market value has just fallen under $600 billion, the threshold that Democrats in the House have picked for new legislation aimed at curbing the power of “Big Tech.” As analyst Ben Thompson notes, the digital ad market, once ruled nearly entirely by Google and Facebook, has recently become more competitive.

The big question about Facebook’s massive VR bet is whether it can rekindle the company’s early innovative spirit. Facebook has coasted so long on other people’s inventions that it’s really hard to see where it goes now that its mimeograph machine is jammed. Perhaps it’s time for a new inspirational corporate slogan: Move fast — and make things.

Tweets by @forbesindia
If you solve for education, you can make the world better: Nishant Chandra and Siddharth Maheshwari of Newton School—Forbes India 30 Under 30 2022
Active lifestyle and healthy diet: Necessary for economic, social and functional independency