Apple made a change that is hammering internet companies like Meta

Apple made significant changes to the privacy settings of its mobile operating system last year, allowing iPhone users to choose whether advertisers could track them 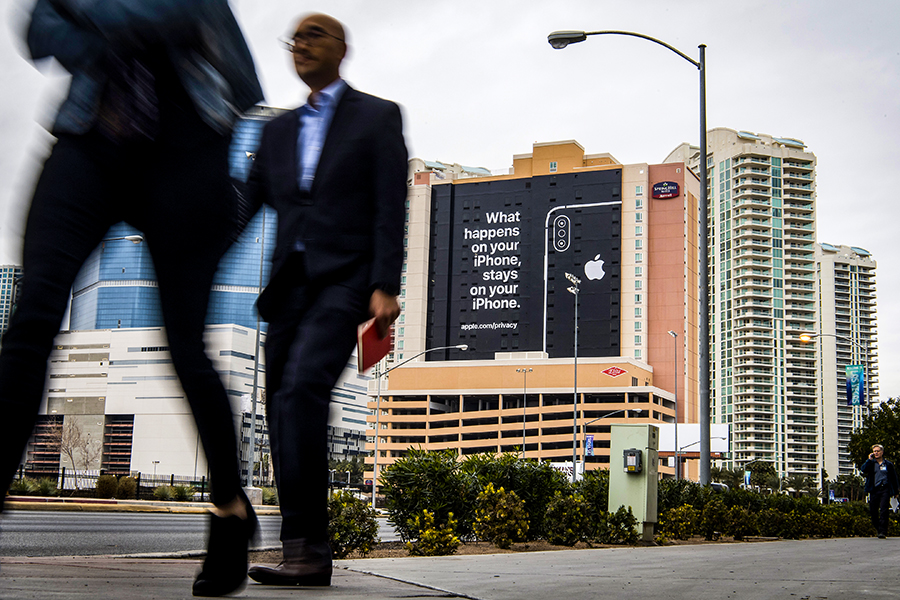 Apple’s vision of a more private web is not necessarily a more profitable one for internet companies that depend on advertising revenue
Image: David Paul Morris/Bloomberg via Getty Images

Apple’s vision of a more private web is not necessarily a more profitable one for internet companies that depend on advertising revenue.

That lesson was clear Wednesday in an earnings report from Meta, the company that Mark Zuckerberg founded as Facebook. Meta said privacy features introduced by Apple last year could cost Zuckerberg’s company $10 billion in lost sales this year.

The news, along with increased spending as Meta tries to focus on the new idea of a metaverse, dropped Meta’s stock price more than 26% Thursday morning. Zuckerberg said Wednesday that Apple’s changes and new privacy regulations in Europe represented “a clear trend where less data is available to deliver personalized ads.”

Meta’s warning and its cratering stock price were reminders that even among tech giants, Apple holds extraordinary sway because of its control of the iPhone. And the tech industry received a clear notice that a long-planned shift in how people’s information may be used online was having a dramatic impact on Madison Avenue and internet companies that have spent years building businesses around selling ads.

“People can’t really be targeted the way they were before,” said Eric Seufert, a media strategist and author of Mobile Dev Memo, a blog about mobile advertising. “That breaks the model. It’s not just an inconvenience that can be fixed with a couple of tweaks. It requires rebuilding the foundation of the business.”

Other internet companies that depend on ads felt the tremors, too. But smaller outfits appear to have been more nimble than Meta in their response to Apple’s changes.

Shares in Snap, which reported its fourth-quarter results Thursday afternoon, fell about 17% earlier in the day. But prices bounced back in after-hours trading after the company said it made its first profit. The share prices of Twitter and Pinterest also dropped after Meta’s earnings report but recovered in after-hours trading Thursday after Pinterest reported better-than-expected earnings.

The changes have far-reaching repercussions that may hurt consumers' wallets, Seufert said, although consumers are overwhelmingly choosing not to be tracked. While Meta and other big media companies have developed new methods to target people with ads, some smaller brands, whose ads can no longer reach new customers, have found a different solution to the problem: raise prices.

Apple made significant changes to the privacy settings of its mobile operating system last year, allowing iPhone users to choose whether advertisers could track them. Since Apple introduced the feature, a vast majority of iPhone users have opted to block tracking.

It has been a dismaying shift for advertisers, which have for years tracked people online in order to determine how many sales their clients were making. Advertisers also rely on tracking to resurface products that consumers have viewed but not yet purchased, reminding them that it might be time to buy. But for privacy activists, the change is a welcome check against surveillance that puts power back into the hands of everyday technology users.

“We believe the impact of iOS overall is a headwind on our business in 2022,” said Dave Wehner, Meta’s chief financial officer, during a call with analysts Wednesday. “It’s on the order of $10 billion, so it’s a pretty significant headwind for our business.”

Google has also made moves that disrupt the advertising industry. Last month, it announced a proposal for how Chrome, the world’s most widely used web browser, might eventually eliminate traditional tracking mechanisms for serving ads. It introduced a new system, Topics, which would inform advertisers of a user’s areas of interest — such as “fitness” or “autos and vehicles” — based on the last three weeks of the user’s web browsing history.

Meta’s estimated loss because of these limits is comparable to what the company is losing on the metaverse. Meta said its pivot to the metaverse — which could in theory help it step away from Apple’s influence — was eating into its profit. The company views the metaverse as the next generation of the internet, in which people will share virtual experiences. It lost more than $10 billion in 2021 as it built the virtual reality goggles and smart glasses that will make it possible for users to access the metaverse.

Although Meta said revenue rose 20% in the three months ended in December, to $33.7 billion, compared with the same period a year earlier, the company’s quarterly profits fell 8%, to $10.3 billion.

Wehner added that Apple’s iOS changes buoyed the ad business of Google, which is not dependent on Apple for advertising data.

Snap, maker of the Snapchat app and the augmented reality glasses Spectacles, said in October during its third-quarter earnings report that Apple’s privacy changes were having an unexpected impact on its business. But the company is adapting, Snap said in its fourth-quarter earnings report Thursday, and the biggest impacts from Apple’s change may be behind it.


In its earnings report, Snap said it had exceeded analyst expectations for revenue and user growth. In the last three months of 2021, Snap’s revenue was $1.3 billion, a 42% increase from the same period a year earlier. Daily active users grew to 319 million, a 20% increase. The company's profit was $22.5 million.

In the last three months of the year, Pinterest’s revenue increased to $847 million, up 20% from the same period a year earlier, the company said Thursday. Its profit was $175 million, a 16% drop from 2020. Pinterest’s share price was up 29% in after-hours trading.

Tweets by @forbesindia
How Malaysia got in on the secondhand clothing boom
When it comes to morally dubious behavior, do startups get a pass?