Enough about climate change. Air pollution is killing us now

Air pollution is a lot deadlier than we previously understood — and, in particular, studies like the analysis of heart attacks during the pandemic show that the concentrations of air pollution currently permitted by US federal policy are still far too high 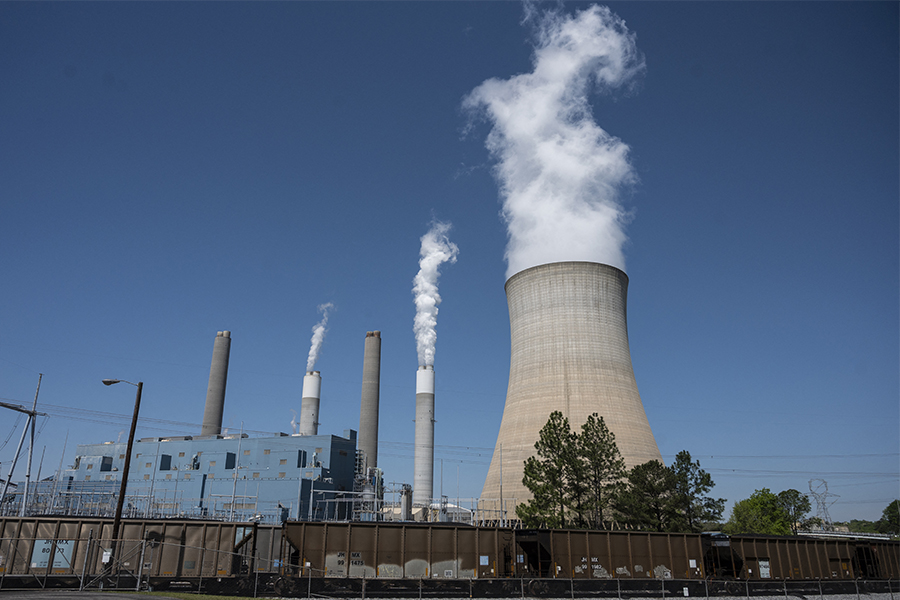 In the early weeks of the coronavirus pandemic in 2020, doctors noticed a surprising silver lining: Americans were having fewer heart attacks.

One likely reason, according to an analysis published last month by researchers at the University of California, San Francisco, is that people were inhaling less air pollution.

Millions of workers were staying home instead of driving to work. Americans were suddenly burning a lot less gas. And across the country, the researchers found that regions with larger drops in pollution also had larger drops in heart attacks.

The menace of air pollution doesn’t command public attention as it did in the 1960s, when thick smog yellowed urban skies. But evidence has piled up in recent years that the real progress the United States has made in reducing air pollution isn’t nearly good enough. Air pollution is a lot deadlier than we previously understood — and, in particular, studies like the analysis of heart attacks during the pandemic show that the concentrations of air pollution currently permitted by federal policy are still far too high.

In an assessment of recent research, the World Health Organization concluded last year that air pollution is “the single largest environmental threat to human health and well-being.”

The low quality of the air that we breathe should be regarded as a crisis. It also presents an opportunity. The existential threat of climate change has come to dominate debates about environmental regulation. Proposals to curb emissions, once presented as public health measures, are now billed as efforts to limit global warming.

The solution to both threats is the same: We need to stop burning fossil fuels, preferably yesterday. But there is cause to wonder whether a greater focus on the immediate dangers posed by air pollution, rather than the more distant specter of global warming, might help to muster the necessary support for changes that are going to be expensive and disruptive.

There are many reasons the world is failing to respond adequately to climate change. But surely one factor, one difference between this crisis and, for example, the global effort to close the hole in the ozone layer in the 1980s, is the motivating value of clear and present danger.

Some effects of climate change already are palpable, of course. But the worst is still in the future. Warnings about climate change are predictions, and even if they are taken seriously, people may be indifferent to the quality of life in 2100, or at least unwilling to do anything about it. They might be more motivated to save their own lives.

There are practical reasons, too, why it may be easier to curb emissions in the name of public health than in the name of climate change. The laws authorizing environmental regulation, including the Clean Air Act of 1963, were written as public health measures. Conservative federal judges are seeking to use that history to limit the government’s ability to address climate change. When the Supreme Court in February heard arguments in a case challenging the Environmental Protection Agency’s authority to regulate greenhouse gas emissions, several members of the court’s conservative majority were openly skeptical that the agency has the legal authority to require the kinds of sweeping changes necessary to slow global warming.

The agency’s authority to require clean air for the sake of clean air is on much firmer ground. And science is providing the justification for stricter standards. Researchers at the University of Chicago estimated last year that air pollution cuts 2.2 years off the average human life.

The effects are worse where pollution is thickest. But a wave of recent research, built on big data and improved computer models, shows that even lower levels of air pollution — levels legal under federal law — have devastating consequences. Even people living in rural areas where the air feels fresh are often inhaling levels of pollution sufficient to cause serious health problems. An analysis of the health records of 68.5 million Medicare recipients, published this year, found that regular exposure to low levels of air pollution significantly increased the chances of an early death.

The greatest menace comes from combustion detritus and chemicals that form little clumps in the atmosphere that are so small that they can pass through the lungs and into the bloodstream. Studies in recent years have linked the inhalation of these particles with an astonishing range of health problems, including impaired cognitive development, diabetes and bone diseases.

Citing this accumulation of research, the World Health Organization issued new guidelines last year that advised countries to seek to reduce airborne concentrations of these fine particles to an annual average level at or below 5 micrograms per cubic meter.

The current standard in the United States is 12 micrograms per cubic meter.

In December 2020, the Trump administration announced that it would not lower that standard in a decision that West Virginia’s attorney general, who was invited to attend the nonevent, accurately described as “a big win for West Virginia coal.” The Biden administration has reopened the issue, and last month the EPA’s Clean Air Scientific Advisory Committee recommended a new standard between 8 and 10 micrograms per cubic meter.

A lower standard would be even better, but any reduction would deliver significant health benefits and accelerate the shift away from fossil fuels necessary to limit global warming.

In the face of congressional fecklessness and judicial antipathy, the Biden administration needs to make forceful use of its legal powers to confront the menace of air pollution.