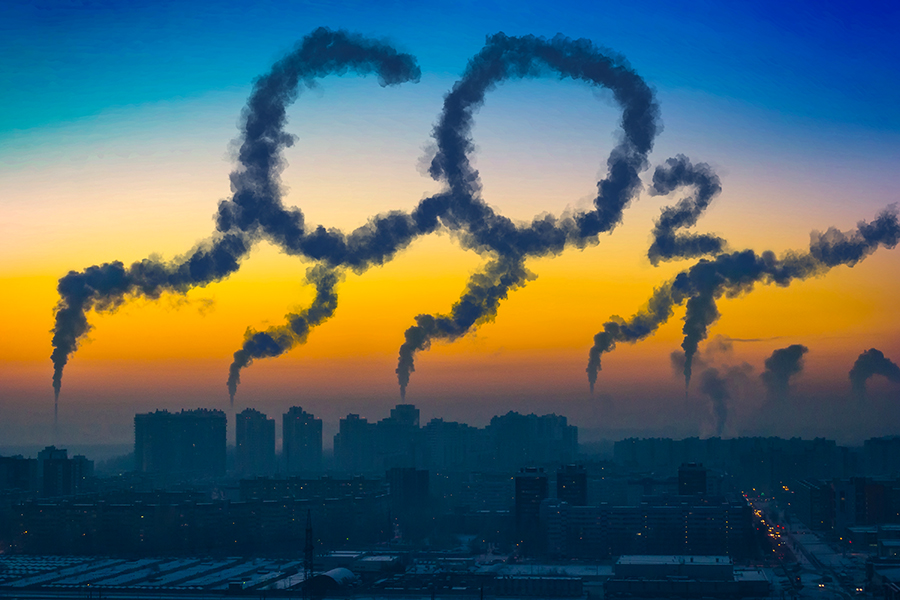 The COP26 climate summit, held in Glasgow, Scotland, in November, was long on stirring pledges and promises. What it lacked were concrete plans to fulfill those commitments. Activist Greta Thunberg dismissed the proceedings as a lot of “blah, blah, blah.”

However, there is a relatively painless step that could be taken right now, which would not only build momentum but would prepare the way for more aggressive policies in the future. In a series of recent papers, Stanford Graduate School of Business accounting professor emeritus Stefan Reichelstein and a group of colleagues have been arguing that we should require corporations to disclose their CO2 emissions in their annual reports.

To be clear, mandatory carbon reporting wouldn’t ask firms to cut their emissions. It would merely oblige them to measure their carbon footprint and show how that number is changing (or not) from year to year.

What good would that do? Quite a bit, it seems. The United Kingdom enacted such a policy in 2013 — the only country so far to have done so — and a recent analysis by Reichelstein and his colleagues shows that the affected companies reduced their carbon emissions by 8% over the next several years, compared with similar European firms. And that’s almost certainly a conservative estimate.

“What the British experience shows is that mandatory disclosure actually leads to voluntary reductions,” Reichelstein says. “By making the numbers visible to all of the company’s stakeholders, it creates an incentive for management to take action.

Remarkably, the researchers also found that those British firms saw no significant decline in their financial performance, despite incurring costs to modify their operations. That suggests, Reichelstein says, that they were able to pass along those costs in higher prices — possibly because their carbon-cutting efforts led to increased customer loyalty.

Along with creating incentives and accountability, mandatory carbon reporting would also meet the pressing need for better information — not only to inform policy and help companies develop effective mitigation strategies, but to help focus the boom in ESG (environmental, social, and governance) investments.

It’s a “modest proposal,” Reichelstein says, “and it’s no substitute for a comprehensive policy mechanism. But this is something that is immediately feasible, and we believe it’s an essential first step. As the saying goes, ‘You can’t manage what you don’t measure.’”

Before 2013, UK firms were already disclosing their carbon outputs at the facility and factory level, as required by the European Union’s carbon trading system. The only change made by the reporting requirement in the Companies Act was to aggregate those numbers at the corporate level and have the results published in companies’ annual reports.

“In principle the information was already out there, if you wanted to dig through the weeds in the EU Emissions Trading System logs,” Reichelstein says. “That’s how we constructed our sample data, and I can tell you it was pretty painful. What the British law did was make that information easily accessible and tie it clearly to corporate brands.” The new reporting requirement made it easy to compare emissions from companies in the same industry.

By putting the names and faces of managing directors on the results, Reichelstein thinks it has a “pillory effect,” evoking the wooden stocks once used to expose wrongdoers in the town square. Of course, proactive leaders can use the disclosure as an opportunity to build goodwill and demonstrate that their firms are cleaning up their acts.

Being able to measure those improvements is a big deal in capital markets, where many institutional investors have made sustainability efforts and ESG indices key criteria for their funding decisions. Companies whose carbon footprints caused them to be shunned by these large investors would in turn face a higher cost of capital.

Carbon reporting also provides new sticks and carrots to employees and customers, Reichelstein says. Workers who are proud to be part of a company tend to be more loyal. Customers, likewise, can vote with their wallets.

In short, when carbon emissions are made public, reducing those emissions isn’t corporate altruism, it’s a hard-nosed business strategy.

One objection to mandatory carbon reporting is that it places a burden on firms. Reichelstein says it’s akin to the financial reporting requirements that have long been routine for public companies. Indeed, in one way, it’s the same thing: Companies with large carbon footprints may face heavy penalties down the road, and that’s a risk that equity investors should know about.

Far from being anti-business, “mandatory disclosure of important information is the bedrock on which capital markets are founded,” Reichelstein cowrote in a columnopen in new window in anticipation of COP26. “Investors need to know what they’re buying and selling.”

Ideally, as with any kind of regulation, carbon reporting should offer a level playing field. In that respect, the British law, which covers only publicly listed firms, falls short. “Private firms should also have to report,” Reichelstein says. “Otherwise you could just outsource certain activities to private suppliers so they go off the radar.”

And as with financial accounting, standards are needed to ensure that the numbers reported by different companies are verifiable and comparable. It would also require a system of third-party auditors. Those things are currently lacking in the data provided voluntarily by some well-intentioned firms, as Reichelstein and his coauthors note in another recent paperopen in new window: “Membership in the ‘Net-Zero by 2050 Club’ is thus virtually free, but lacks transparency.”

In particular, he recommends that carbon mandates cover only “direct emissions” — that is, CO2 released by a company’s own activities — rather than trying to capture what happens upstream and downstream. An automaker, for example, would report only the carbon cost of building and selling cars, not the fuel burned by drivers or the emissions of the entire supply chain.

“That may not be everything you’d want. Counting indirect emissions might give you a more complete picture of a business’s contribution to climate change. But it gets complicated very quickly, and you run into all kinds of issues like double-counting,” Reichelstein says.

His advice: Let’s not make this so hard it never happens. If we can just get companies to put their name on their own emissions, maybe we can get the ball rolling on more ambitious efforts — and begin to move beyond “blah, blah, blah.”