Uravu Labs, a venture in Bengaluru, wants to make a dent in the Herculean water crisis challenge by developing a technology that can, literally, give us water from air 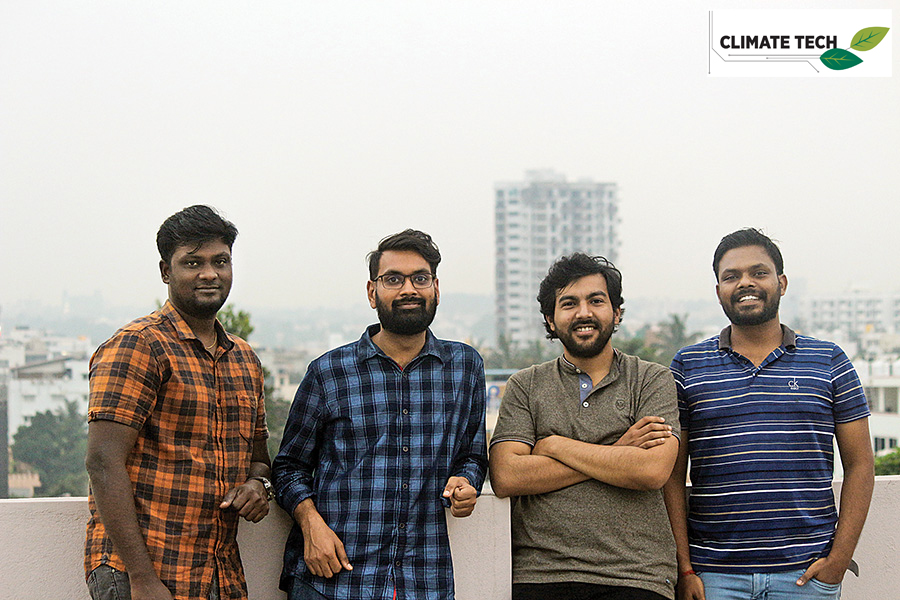 Multiple startups are applying innovation to address various aspects of sustainability and pollution, and creating new-age products with multiple use cases. Read about some key companies hereRemember Quantum of Solace, the James Bond movie in which a shadowy evil network conspires to take control of a massive aquifer in Bolivia? That scenario could be upon us if little is done to check the accelerating impact of climate change due to human activity.

Billions of the world’s poor are without safe drinking water, and rivers everywhere are running with everything from antibiotics to anti-depressants. Uravu Labs, a venture in Bengaluru, wants to make a dent in this Herculean challenge by developing a technology that can, literally, give us water from air.
If Uravu succeeds at scale, its technology “will be a game changer for the water industry”, says Shigeru Sumitomo, an angel investor who is a senior advisor to VC funds under Japan’s Fukuoka Financial Group, and a charter member at TiE Japan. “It’s literally the ‘air water’ that exists everywhere on the planet, making it possible to provide clean water for everybody, as well as creating the best drinking water for consumers globally,” he says. 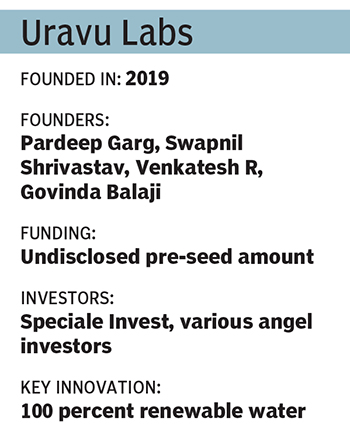 In December 2021, Uravu raised a pre-seed round led by Speciale Invest. The company, which is being incubated at the Indian Institute of Science in Bengaluru, was founded in 2019 by Pardeep Garg, Swapnil Shrivastav, Venkatesh R, and Govinda Balaji. Their technology involves pumping air through desiccants. The founders envision a device that will use 100 percent renewable energy. “We understand the physics and the engineering very well,” Garg says. Uravu has two 5-litre capacity devices and one 20-litre capacity device that it is subjecting to extensive testing.
“We are stoked to partner with the Uravu founders, who are leveraging their strength in thermal and material sciences to build desiccant-based water harvesting solutions that are 100 percent renewable and carbon neutral,” says Vishesh Rajaram, founder and managing partner at Speciale Invest.
Uravu’s founders also see several large-sale applications, from small, portable devices that can be used in small communities like villages, to industrial-size machines that can generate water for the beverage sector. The devices can be as small as 20-100 litre and as large as 10,000-litre.
At 20 litres a day, the cost of the usable water captured by Uravu’s device will be around Rs 6 per litre; at 200 litres a day capacity, it will come down to Rs 4 per litre and at 2,000 litres a day, it will go down to Rs 3 per litre, Garg says.
“Uravu Labs is leapfrogging towards a decentralised water future,” says Peter Yolles, an angel investor, and general partner at Echo River Capital, an emerging water-tech venture fund.