To avoid a K-shaped recovery, the government needs to keep up the buoyant spirits of the high performing sectors and provide incentives to the working population hard-hit by the pandemic 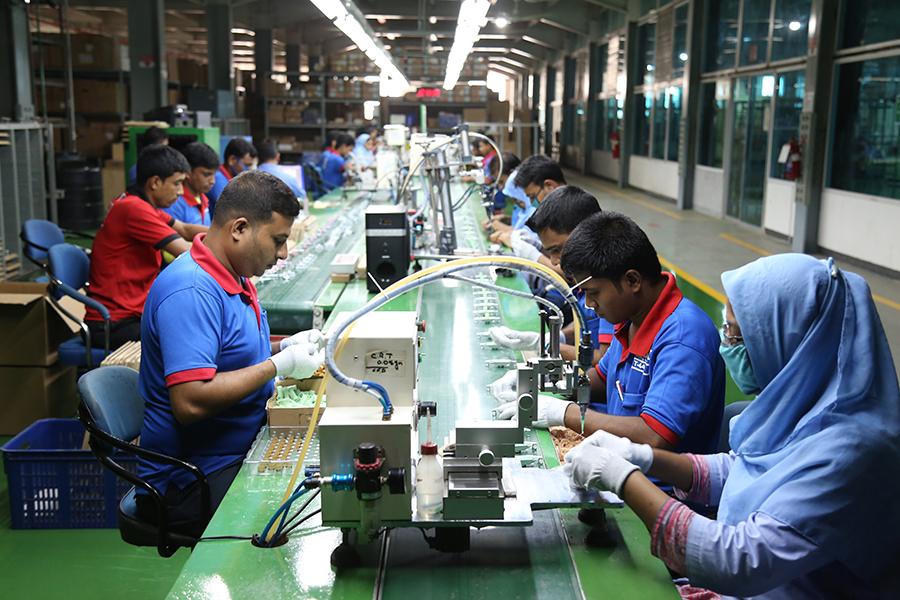 The government has significantly ramped up its annual capex target by 35.4% to Rs 7.5 trillion for FY23, apart from providing Rs 1 trillion worth of long-term soft loans to states for catalysing investments. Image: Shutterstock

As expected, this year’s Union Budget has been crafted keeping in mind recently emerging global and national trends: the waxing and waning Covid-19 pandemic, which has become one of the prime economic variables affecting nearly every sphere of activity; worldwide inflationary trends; muted economic growth; supply chain disruptions, and shortage of critical raw materials for manufacture, as well as rising geopolitical tensions.

The good news now emerging is that we have managed to carve-out some elbow room on the fiscal front for facilitating additional public investments to provide supply-side stimuli to the economy, which will hopefully partially neutralise pandemic-related restraints on demand-led growth. Consequently, the government has significantly ramped up its annual capex target by 35.4 percent to Rs 7.5 trillion for FY23, apart from providing Rs 1 trillion worth of long-term soft loans to states for catalysing investments. These measures will hopefully impart a welcome stimulus shock to the economy, with attendant beneficial spin-off effects on private investments, while also boosting the pace of employment creation, which has become a worrisome concern in recent years.

The twin challenges before the government are essentially to keep up the buoyant spirits of the high-performing parts of the economy—the organised sector, large-scale manufacture, export-oriented industries et al, while providing succour and incentives to the vast majority of the working population who have been hard-hit, particularly in the last two years; in other words, to avoid the prospects of a K-shaped recovery.

The dominant themes that are visible on the expenditure side are the following: ramping up and modernising the country’s infrastructure stock, particularly around transportation and logistics; productivity-linked incentive schemes for domestic industry measures for ensuring inclusive development; focusing on healthcare; enhanced access to education and skilling; incentives and facilitators for MSMEs; housing and area development.

On the infrastructure front, the government has announced its intent to focus on what has been called the seven engines of the PM’s GatiShakti Master Plan for multimodal connectivity—roads, railways, airports, ports, mass transport, waterways, and logistics infrastructure. Investments in these areas will not only augment and modernise the country’s capital stock, but will also bring in the add-on benefits of catalysing employment creation and reducing process friction in the economy.

The Budget has continued the government’s focus on ramping up national production, particularly around priority areas like manufacture of solar modules, and design-led manufacturing for 5G.

Presumably the most compelling outcome from the budget exercise is the need to foster inclusive development, and to provide succour and livelihood opportunities to 85.2 percent of the population who work in the informal sector. In the MSME space, around Rs 2 trillion of additional investment has been sequestered for providing credit to micro and small enterprises under credit-linked guarantee schemes, while around Rs 6,000 crore has been earmarked under the RAMP programme for support in improving the functioning of MSMEs.

One of the most worrisome consequences of the pandemic has been the digital divide in education, where children without access to computers or smartphones have been left behind. It is good to see the focus on improving access to online education, particularly through the common man’s medium of the television. Likewise, digital technologies can be a potent instrument for reskilling and upskilling workers, and the proposed launch of the Digital Ecosystem for Skilling and Livelihood (DESH-Stack e-portal) is a very welcome initiative.

Given the disproportionately severe impact of the pandemic on the unorganised sector and the less well-off sections of society, one would have hoped to see greater focus on alleviating their situation, but given the resource constraints and competing claims, the budget has the right aspirations towards this end. Facilitating robust economic growth and containing rising inequality will hopefully be the two outcomes around which the initiatives announced in this year’s budget will converge.

2,197
Thank you for your comment, we value your opinion and the time you took to write to us!

Tweets by @forbesindia
Prev
GST 2.0: A glimpse of what should be the next phase in India's transformative tax regime
Next
A futuristic and sustainable growth oriented budget