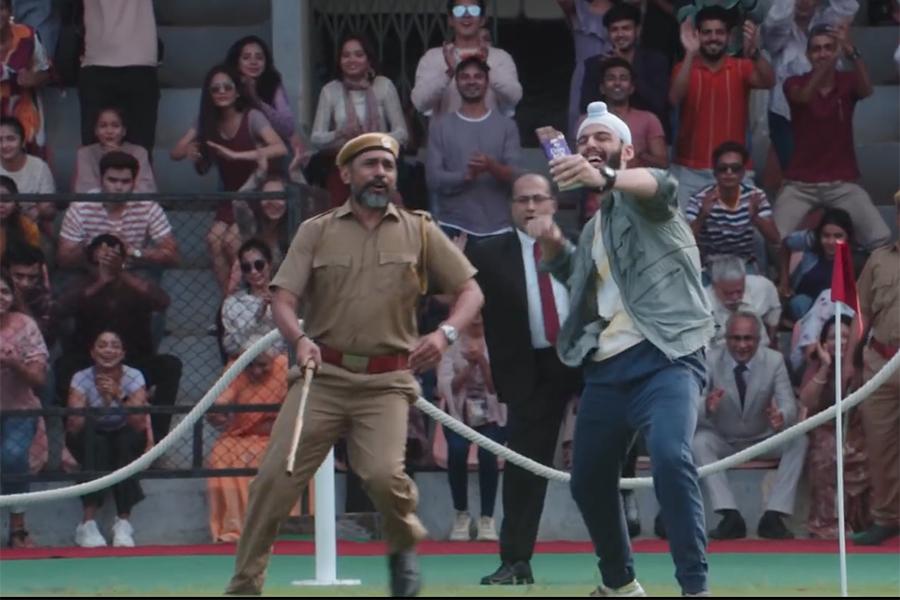 As a 90s kid, the memory of an ad remains etched in my mind. Back then, every time an ODI cricket match played on Doordarshan, I remember eagerly waiting for the between-two-overs commercial break to see this film, again and again.

It was the Cadbury ‘Cricket’ commercial where a girl runs onto the field and breaks into an absurd but wonderfully heartwarming dance during a match.

But it’s not just 90s kids who fondly remember the ad. The ad’s appeal has transcended generations.

In an interview with Storyboard, the iconic ad’s creator, Ogilvy’s Piyush Pandey, says that when he speaks at management schools today and the frame of the girl dancing on the cricket field appears, all the students go mad. And the thing is they weren’t even born back then!

Almost three decades after the film’s release, Cadbury’s owner Mondelez and Ogilvy have come together to recreate the magic. This time with a twist. Instead of a young man hitting the boundary, a young woman in cricket gear hits the shot. And it’s the man who dodges a security guard to run onto the field and do a celebratory dance.

Speaking about recreating the film, Anil Viswanathan, senior director–marketing, Mondelez India, tells Storyboard, “It was a young creative in Ogilvy who came up with the idea and we instantly loved it. Clearly, that ad was iconic, it created a trend and it was culture leading at that point in time and we feel that this representation has also the potential to be culture leading.” He adds, “It is topical, celebrates women achievers in sports and women achievers in life.”

Then & NowThe original commercial came at a time when the country was going through a period of significant change. In a way, the film reflected the mood of the nation–hopeful and joyful, despite the uncertainty of that post-economic liberalisation era. Drawing a comparison between the past and present era, Pandey, who is Ogilvy's chairman of global creative & executive chairman, India, says, “Back then the mood was about the optimism of flying, now it is about the optimism of coming out...”

Feeling nostalgic about the original film and tune, Pandey narrates the story of how it was created with music composer and the godfather of Indian jazz, Louis Banks. After writing the lyrics, Pandey recorded the song with Banks. The first version was in English. It was only after they finished recording it that Pandey sat down and used the same score to write a version in Hindi. And it worked much better. Pandey thinks back to that moment when he decided to go with the Hindi lyrics: “It was a competitive situation and I was going into a pitch for this ad and I knew the client is not going anywhere, the account is not going anywhere else.”

Ogilvy had a real problem to solve for Cadbury. Back then, the brand had a huge base of children consuming Cadbury Dairy Milk, but it also wanted many more adults to eat chocolate and buy into its flagship brand. “My interpretation, which was expressed through this ad, was ‘there is a child in each one of us’. That’s how it happened,” says Pandey.

Back to the present. Today, the objective is “to sustain the momentum around the brand, around the festive season and take it to the next level,” says Vishwanathan.

We ask Pandey about his reaction when he watched the remake. “I am thrilled,” he tells us, “The moment you hear the music and see a girl playing cricket, you say to yourself ‘Hello, this is something new’. It is a very brave thing done by the team, a youngster, led by Harshad, Kainaz and Sukesh. To touch an iconic thing is a brave move. Lots have worked and lots have failed. But when I saw the finished product, I was blown away. It was culture changing then and it is culture changing now.”

The writer is an anchor and senior producer at CNBC-TV18.

5,611
Thank you for your comment, we value your opinion and the time you took to write to us!

Tweets by @forbesindia
Prev
The resurgence of Brand Shah Rukh Khan?
Next
Storyboard | At 71, Brand Modi has seen some Achhe Din