On his one-year anniversary in the role, Ogilvy's global chief executive officer talks about future-proofing the business, his "spirit connection" to David Ogilvy, and a world tour through WhatsApp, among other things 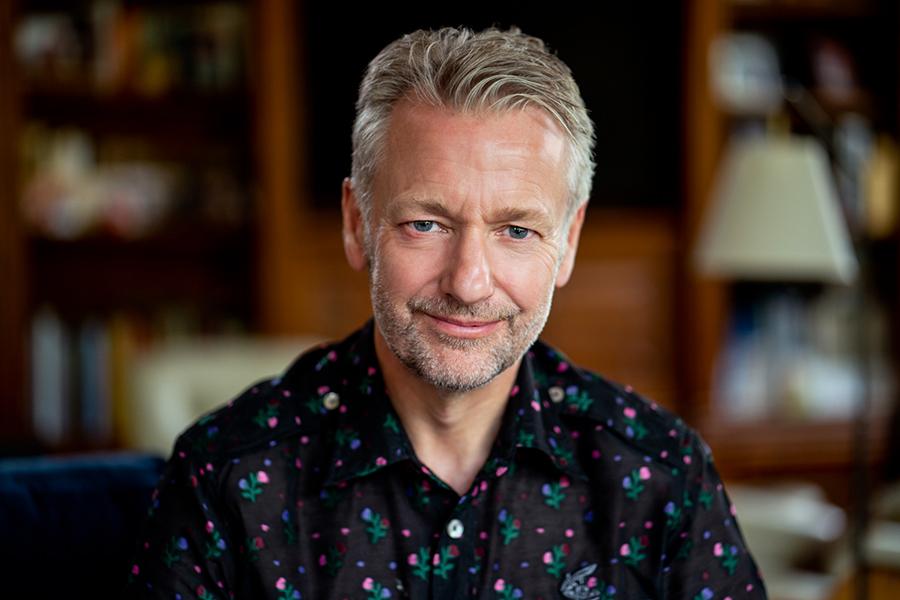 “The one thing I did when I walked in (to make some friends in Ogilvy because I didn’t have any), was give everyone, all 15,000 employees, my WhatsApp number. And I just went on a listening tour,” says Andy Main. From his home in Colorado, US, the global chief executive officer of Ogilvy, shares his experience of stepping into traditional ad agency territory, at exactly this time last year.

In the thick of a pandemic, in 2020, the Scottish-born executive took the topmost job at WPP Group-owned Ogilvy after over two decades with management consultancy giant Deloitte. In short, Main was what advertising insiders call 'an outsider'. In his last role, he was chief executive of Deloitte Digital where, through key acquisitions, he brought in creative firepower that the firm needed to take on the big ad holding companies, namely WPP, Omnicom, IPG, Dentsu and Publicis Groupe.

Many saw Main's arrival in Ogilvy as evidence of the seriousness of WPP and its CEO Mark Read's intent to transform the legacy agency into a future-fit organisation. In an exclusive interaction with Storyboard, Main tells us why and how he's shaking things up.

(Edited for length and clarity)

Q. You took over the reins of Ogilvy at an extraordinary time. Tell us how that went for you and how Ogilvy’s transformation agenda looks in action? My focus has been on ensuring we take the best of Ogilvy, protect it and build on it. That means keeping creativity at the centre of everything we do, and enabling our creativity to spread its wings, particularly into technology and data.

Our aspiration is to be the world's leading creative partner and platform for growth and impact for our clients businesses. To do that we structured Ogilvy around five business groups - Growth & Innovation, Advertising, PR & Influence, Experience and Health. And we practice what’s called borderless creativity. It doesn't really matter where you happen to be or how you happen to think, let's make the world borderless to advance growth and impact for our clients.

A lot of people go around talking about integration. Agencies and consultancies have integration departments and disciplines. But we have a different perspective. We talk about the intersections. Integration means you're putting together something that is fixed and known. But when you think about intersections, it talks about how you bring talent and capabilities to explore and discover value at intersections of many different topics. That is allowing our minds to be free, and when you map that with creativity, you get an amazing Ogilvy in the marketplace. That's really what we brought to market very quickly. To have accomplished that feels very exciting to me, personally.

Q. The last few years have been difficult for advertising companies across the board, a situation made worse by the pandemic. How did Ogilvy fare this past year in terms of business? How did you deal with losing the American Express account, which was an over half-century old creative relationship with Ogilvy?
We are a growing business and we've actually won lots of new accounts. For example, Absolut, Hyatt, Enterprise Holdings, TCS, Pernod Ricard and Deutsche Bank. Our teams in India played a huge role in making that happen. Our wins have actually outnumbered our losses. We did extremely well at Cannes Lions with one Titanium, eight Grand Prix, and a raft of gold, silver and bronze. The creative spirit and DNA of our business is alive and well.

I have transformed and will continue to transform Ogilvy into a growth-oriented business with a growth mindset. This industry is making an amazing comeback and Ogilvy is very well positioned to capture more than its fair share of the market as it comes back in full force.

Q. You are shaking things up in global leadership. You brought in Liz Taylor from Leo Burnett as global chief creative officer, a position Piyush Pandey held till recently. Now he is chairman global creative, in addition to his role as executive chairman of Ogilvy India. Devika Bulchandani is running the North American operations. Stacey Ryan Cornelius is global CFO and Kim Johnson is the new global CEO of Health. Tell us what was going on in your head when you reconfigured Ogilvy’s leadership.
I had to change certain members of the Ogilvy global leadership team. That's, quite honestly, why I was brought in. We're doing what we're doing to transform the business in a positive way. But it was very important to me to have diversity at the top.

We have more women and people of colour at Ogilvy’s leadership than ever before. (Liz Taylor is the first woman to hold Ogilvy's top creative position.) Because we have that dynamic leadership, the thinking and the decisions we make and the mindset we have basically ripples throughout our organisation to all levels.

I've also been careful to make sure that many leaders from the last several years are also part of our global leadership team because we couldn't have had that much change in our business. That would be very risky. We've got a solid balance of new leadership and leadership that has been around for several years. This blend is helping Ogilvy be super duper competitive.

Q. You spent 21 years at Deloitte before joining Ogilvy last year. Traditional agencies, typically, get their leaders within the family. WPP flipped the script this time. What do you think the move signalled to clients, competition and the industry, in general?
That creativity is the source of innovation. I came from a wonderful and successful business. But when you come to Ogilvy, it’s clear the creativity is there for everyone to see. My move was basically an indication that it is much harder to scale creativity than it is to scale technology. I can acquire a lot of technology to accompany an already scaled creative business. That, in a summary, is the message that was delivered to the market with that move.

We actually operate in a unique space between consultancies and agencies. When you compare us to consultancies, we have so much more creative prowess. When you compare us to other agencies, we've got much more substance, insights and industry knowledge. It’s such a powerful combination. We've got great creativity and amazing speed to value. That's really our secret sauce.

Q. But the consultants can just buy great creativity. You did that at Deloitte with the Heat acquisition. Accenture Interactive acquired Droga5. So what happens to the USP of the likes of Ogilvy?
Quite honestly, there’s been a slowdown in the consultants’ focus on creativity in the last few years. In many cases there's tissue rejection of the creative assets using the already in place consulting assets because you have a creative mindset meets a consulting mindset. It's like riptides in the ocean, where there's competing forces in play. It creates a lot of swirl and unnecessary energy.

If I had to put my point of view on it, I just don't think the consulting businesses have scaled creativity nearly fast enough to compete against the likes of Ogilvy on the creative scale. It's just a really hard thing to do to scale creativity and it's an easier thing to do to scale technology. Ogilvy is going to do both. That's what we're out to accomplish.

Q. Let’s dial back to July 2020. Did you feel like an outsider at all when you joined the agency?
I honestly didn't. I think my feeling of not feeling like an outsider started from the very first day I learned about the Ogilvy opportunity. I've had great admiration and love for the Ogilvy brand over many years. I don’t want to say, even for a minute, that I am comparable to David Ogilvy, but, in many ways, I feel a spirit-connection to him.

If I had a chance to have a Scotch with him—he was quite fond of Scotch, so am I—I think we'd have a bond around just being curious people, being inventive and wanting to take things to the next level and not being satisfied with what you've got.

When I was introduced to the Ogilvy team over a year ago, I promised to future-proof the business over the next few years. That was one of my commitments to the team. Ogilvy is an amazing heritage brand and a business that has not been merged with any others. So it's like a thoroughbred brand and that's just a wonderful thing to be able to represent.

The author is Editor of Storyboard, Network18's flagship platform focussed on the advertising & marketing community and a leading source of news and analyses on the business of brands

4,857
Thank you for your comment, we value your opinion and the time you took to write to us!