There is Abhi-Ash, there is Saifeena and even Amitabh-Jaya. But, for marketers, these power couples still haven't rub off on brands as much. After the initial hype, VicKat may see the same fate, unless they flip the script 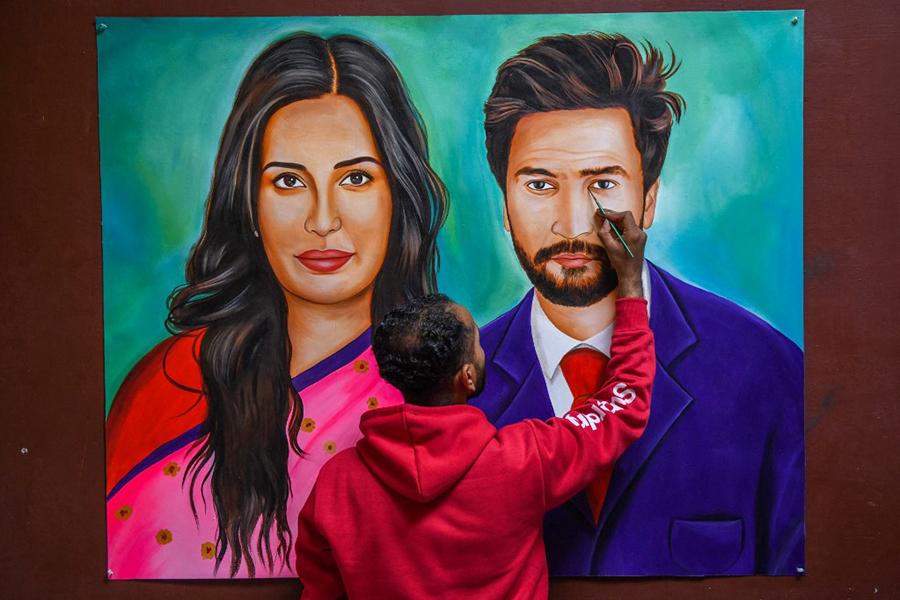 When Vicky Kaushal and Katrina Kaif walked out of Sawai Madhopur last week, they did not just walk out as husband and wife but also a brand. A brand that together could sell cars, homes, jewellery, clothes, air conditioners, pregnancy kits, and pressure cookers—anything that popular Bollywood couples have been selling over the years.

But will this power couple rub off on brands as a team? Experts suggest they have to act fast if they want to cash in on their brand value. The clandestineness around their relationship is the one big pull that could land them offers as a couple.

However, the newlywed celebrities are still way below other power couples from Bollywood when it comes to the popularity factor. Kaif and Kaushal stood at the ninth position in the annual Power Couples Survey released by the Indian Institute of Human Brands (IIHB).

Despite the hype and curiosity around the wedding cake, designer lehenga, honeymoon location, and everything else, according to the report, the couple is still a lot less popular compared to other celebrity couples like Ranveer Singh and Deepika Padukone; Virat Kohli and Anushka Sharma; Ranbir Kapoor and Alia Bhatt, and even Akshay Kumar and Twinkle Khanna.

Since Kaushal is only beginning to make his name in Bollywood—he’s not earned the ‘star’ status—and Kaif’s career has plateaued with her last few films—Thugs of Hindustan, Zero, Bharat—falling flat at the box office, the only pitch for the duo as a couple brand is the novelty factor.

After the honeymoon: The domesticity dip and image incongruity

According to ad veteran Sandeep Goyal, also the chief mentor of IIHB, the only way the newlywed couple could up their game as a brand is by not settling into domesticity.

“Their active public life as a couple cannot go down and like most female actors who get married in their late 30s… if Katrina settles into domesticity, then their brand value will see a negative impact. If that doesn’t happen, then their chance of making it as a power-packed brand together would definitely go up.” Goyal has examples to support this notion.

“In one of our previous studies, we worked extensively on why couples failed as a team when it comes to branding. For example, even while being at the top of their game Ranbir and Alia do not endorse too many brands together. Flipkart is the only brand to have brought the both of them together,” he says.

But why does the celebrity couple brand fail to live up to the hype?

Part of the problem could be Kapoor's “playboy image”. Goyal explains that irrespective of the fact that the duo shows a lot of promise and rank highly on parameters like style, uniqueness, and charm, the couple brand takes a knock on parameters like trustworthiness and reliability that might be a dampener when it comes to endorsing brands in a space like financial services, where these parameters play a huge role. “It’s probably Ranbir Kapoor’s playboy image that drags down the couple’s rating on these fronts,” he says.

In history: Celebrity couples then and now

The history of popular power couples failing as brands in Bollywood goes back perhaps to the time of Dharmendra and Hema Malini.

The couple could have cashed in on their much talked about marriage but post-marriage they were hardly seen together in public. Rishi Kapoor and Neetu Singh too were young, buzzy, successful, and popular when they got married and had all the right ingredients for a powerful professional alliance but the marriage in the initial years was in the news for the wrong reasons thereby, preventing them to build a public profile of togetherness.

In more recent times, Aishwarya Rai Bachchan and Abhishek Bachchan, followed by Saif Ali Khan and Kareena Kapoor Khan, are examples of couples whose capacity to impress brands as a couple remained limited. The primary reason being their individual career graphs.

Since Bollywood and cricket have been closely associated over the years through endorsements, scandals, and marriages, brands found the right opportunity to bring them together too. But there have been failures there as well. Classic examples are Sharmila Tagore and Mansoor Ali Khan Pataudi, Mahesh Bhupati and Lara Dutta, Leander Paes and Rhea Pillai, among others.

Virat Kohli and Anushka Sharma have made it high in the pecking order of couple brands, but with Sharma losing her touch in Bollywood and Virat retiring from the ODI captaincy, experts are unsure about the possibility of future assignments together as a couple.

VicKat josh is high: What could work in the couple brand's favour

Undeniably both actors have a huge social media following that brands targeting mass reach would eye when they consider getting VicKat on board. Katrina Kaif has a cumulative audience strength of about 92.1 million on social media platforms and Vicky Kaushal is at 13.7 million. Experts, however, suggest they have to build a brand together.

“Katrina has a fitness freak image and Vicky has endorsed a huge variety of brands like Amul Macho, upGrad, Housing.com, Oppo, and others. So he doesn’t fall in any set category. Both of them have very little in common, so they have to work on building a brand together to get offers as a couple brands,” says Rajeesh Rajagopalan, National Business Head-Grapes.

But we are a country in love with love where celebrity couples seem like fantasy, celluloid dreams coming to life, says Sanchari Chakrabarty, Sr. Strategy Director, DDB Mudra Group.

“Unlike other celebrity couples who we’ve seen as a couple before they got married, we’ve never seen this couple’s dynamic in action. Before the gorgeous wedding pictures, no one could build a mental image of this couple. India’s curiosity around Vicky Kaushal and Katrina Kaif as a couple is at an all-time high,” she says.

“We’re curious to see the way they will engage with each other in public, the jokes they might crack, we want to know the stories, the moments—everything! We’ll be excited to hear every little nugget. And so, this couple is like a fresh canvas for brands,” Chakrabarty notes.

According to her, since there are no preset ideas around this couple, brands can shape the narrative in any way they want that feels true to their individual personalities.

“As long as brands can reflect what feels authentic and unique to the couple, it will be received with excitement for a while. But that’s the thing about love—a new couple, a new story is always on the horizon. So there’s a short time window here for brands to act and aim for a quick partnership, rather than some long drawn association that might take too long to materialise and the audience moves on to the next couple in buzz,” she adds.

So the josh is still high but VicKat has to strike while the iron is hot.

3,755
Thank you for your comment, we value your opinion and the time you took to write to us!

Tweets by @forbesindia
Prev
Storyboard18 | Humanise your brand, appeal to the five senses: Sumit Virmani, CMO, Infosys
Next
Storyboard18 | Managers, here's how to get through The Great Resignation of 2021