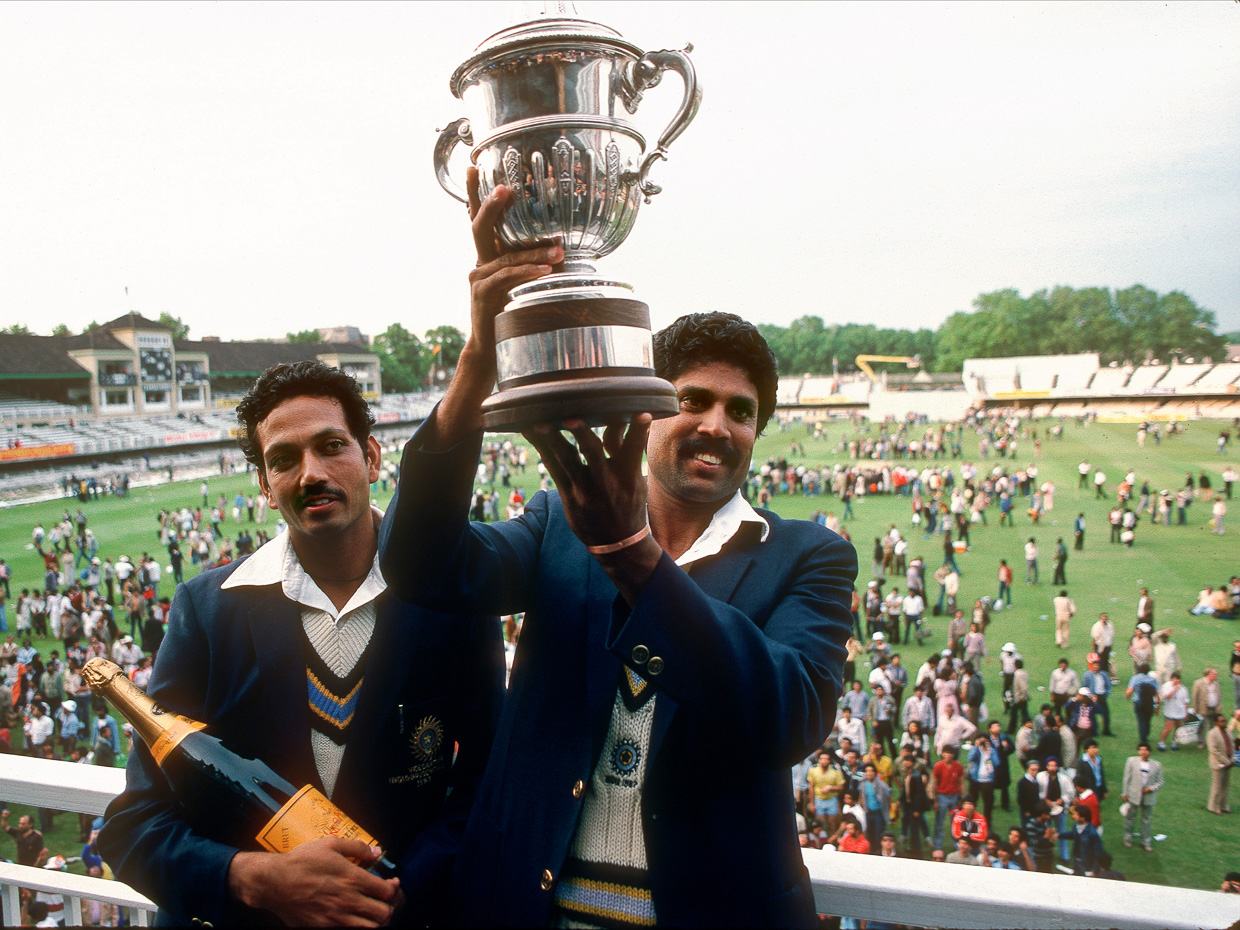 1/7
Kapil Dev and Mohinder Amarnath (left) with the 1983 World Cup on the balcony of Lord's Cricket Ground, London. Dev, who was once ridiculed for his ambitions of becoming a fast bowler, has been credited with laying the foundation for the future generation of pacers in India. His inspirational leadership during the World Cup is being brought alive in the upcoming Bollywood film 83, starring Ranveer Singh. The movie will narrate the stirring tale of Kapil's Devil's who beat West Indies, the cricketing Goliaths then, to bring home India's first cricket World Cup