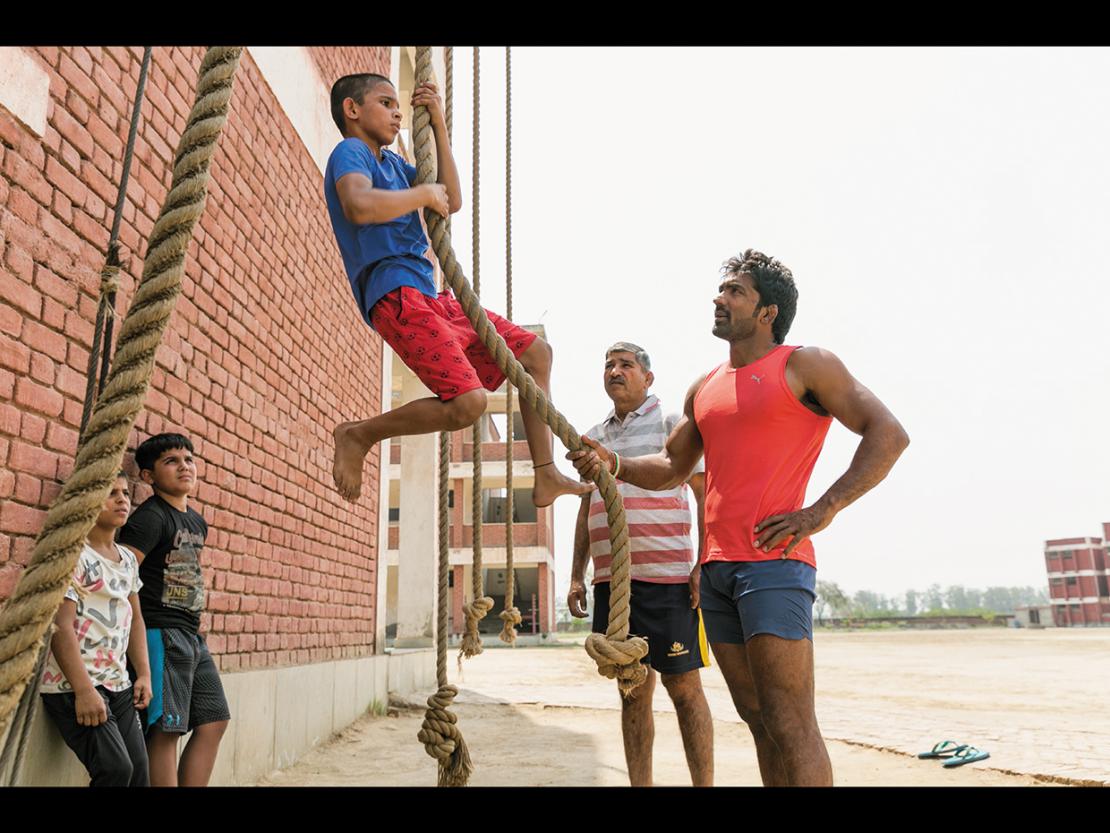 1/10
In 2017, wrestler Yogeshwar Dutt, who won a bronze at the 2012 Olympics, and his childhood coach Ram Phal Mann (to Dutt’s right) converted a part of the vacant campus of an engineering college in Gohana, Haryana, into an academy. Over 150 children stay on campus and “train hard and live the life of sadhus”, says Mann.