Camera or mobile: What is the future of photography?

Chirodeep Chaudhuri reminisces about the romance of photo films and dark rooms, and argues why discernment will still win you the day 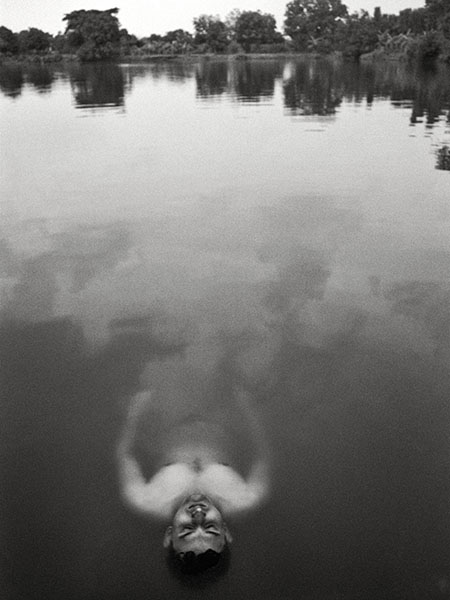 A Village In Bengal constructed a narrative about a tiny village
Image: Chirodeep Chaudhuri

‘Discernment will still win you the day’
I started my career shooting on film and loved all those aspects of film that are now almost a cliché: Being in the darkroom, seeing an image emerge from the agitated liquid. I was working on my book A Village in Bengal, and I would come back with five rolls of film, process them, select a bunch of images, get them printed immediately, spread them out, add them to the previous year’s work and start looking at how the work was evolving. This worked splendidly for me. Gradually, as digital technology came in, it obliterated film and shut down darkrooms. Suddenly my work was in disarray because I couldn’t make prints.
Click here to read the counterview by Ritesh Uttamchandani
I don’t think there’s going to be a time when film will hold a sway over digital again. Everything in photography is a variable—what camera, which lens and film, where I stand. And now the new variable is mobile technology itself. Should I shoot on an iPhone? Should I also do a video? There are all these creative questions to consider. Take, for example, my project on Mumbai’s train commuters, a total of 900 portraits, shown at a gallery a decade ago. Would a soundscape of clattering train wheels make it a more rounded experience? We weren’t considering these options back then. I find a lot of younger photographers born into this technology to be more proficient with it, doing things with the medium that sometimes don’t strike me at all.

Film was a slower medium in comparison. Film, by its nature, allows for reflection born of an economy of action and costs. But the slowness is not necessarily an attribute of the technology, but of the photographer himself. Why am I choosing to photograph a tiny village for 13 years? I will keep constructing the narrative, until I know what I am digging towards. This has nothing to do with film or mobile technology but with how willing one is to conceptualise the project. When mobile technology came in, a lot of photographers started feeling threatened because they suddenly found their carpenter taking a picture and declared that photography was getting democratised. It’s silly because the point of technology is to democratise. Didn’t photography become democratised when the 35mm camera arrived? The important thing is the discernment. Is the tool more potent in your hands than the carpenter’s? Having a camera phone in hand can lead to unthinking practice too. Editors who would commission photographers bemoan a lack of budget and hand out iPhones to reporters who reduce image-making to a cursory snapshot or a video. The damage done is more worrying than a tool that is in the hands of everybody. All information collected is going into an archive. Except, it is a much weaker, inarticulate archive we are creating. Look at what happened to great editors who once distinguished themselves in print and are now editing online magazines. You would be hard put to find a great photograph that accompanies an engaging article online. This is what the technology has done to us. (As told to Madhu Kapparath) Click here to read the counterview by Ritesh Uttamchandani

Tweets by @forbes_india
Boeing resisted pilots' calls for urgent fix of jet
Is mobile the future of photography?