Chef Sanjeev Kapoor is ranked No. 34 on the 2017 Forbes India Celebrity 100 list 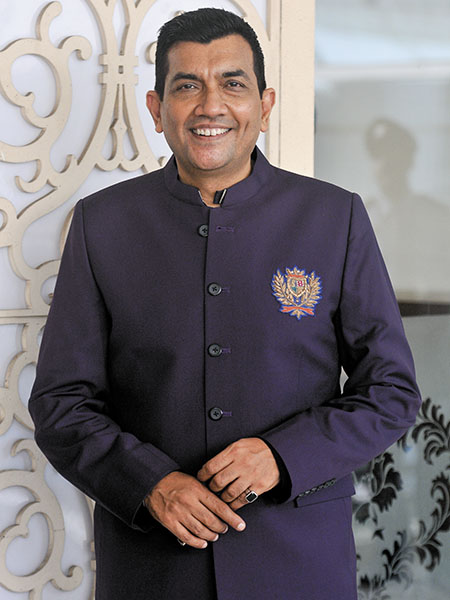 Image by: Sachin Gokhale
The country’s first television celebrity chef, Sanjeev Kapoor makes it to the Celebrity 100 List for the second year running. The 53-year-old started off with one show, Khana Khazana, in 1992 that was the longest-running cookery show in Asia (at 18 years), glamourising cooking for urban Indian households for the first time. He now lords over a business empire that is valued at over ₹1,000 crore and includes a 24-hour cooking channel, a chain of restaurants, a range of premium cookware and bottled gourmet goodies, and about 150 cookbooks. Kapoor was honoured with the Padma Shri in 2017 for his gastronomic exploits, putting him in the league of culinary elites like Tarla Dalal and Imtiaz Qureshi.
View Complete List: https://www.forbesindia.com/lists/2017-celebrity-100/1665/1