Show me the money: Celebs and their strategic investments

Strategic investments and entrepreneurship are key tools for celebrities to ramp up their brand value. Here's what some of the top shots are dabbling in

The crop of some of India’s best known celebrities aren’t just masters of their own game, they are now proving to be fine businessmen and smart investors. They have taken risks and have lent their brand name, energy and resources towards ideas they have faith in which have seen them emerge as serious businessmen. In recent years, sports entrepreneurship has gained huge momentum through the several leagues involving cricket, football, hockey, tennis, wrestling and kabaddi. In some cases, celebrities have launched talent management firms that have now emerged as robust ventures, in other cases, some have launched fitness and lifestyle stores, bearing their signature styles. 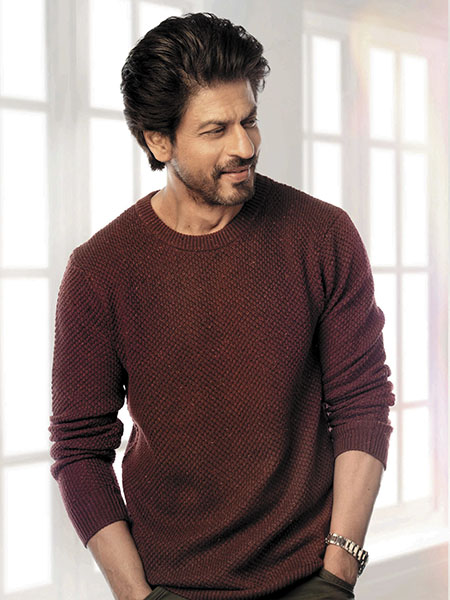 SHAH RUKH KHAN
The superstar continues to be a front runner in understanding and investing into the business of cinema. Apart from starring in, producing and being involved in distributing films, Khan is also a supporter of sports, with teams across the globe.

Kidzania, stakeholder
Khan holds 26 percent equity stake in Imagination Edutainment India Pvt Ltd, the holding company of KidZania India, an edutainment theme park set up in India in August 2013 by him and Singapore-based businessman Paras Chandaria, who heads his family business Comcraft Group’s business in the Lion City. The other 74 percent is held by KidZ Inc, co-owned by Comcraft Group, Xander Group and Maxfield Management Ltd. Apart from lending his creative inputs, Khan also leverages his Bollywood superstar status to connect the property to brands to get new businesses. 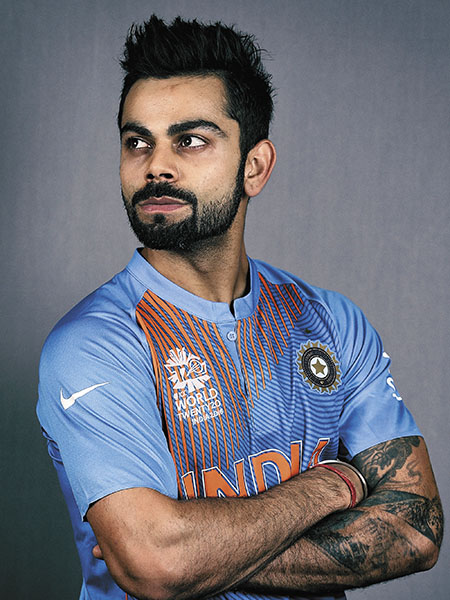 Image by: Jan Kruger-IDI / IDI via Getty images
VIRAT KOHLI
The record-breaking Indian cricket captain – who ranked at 89 out of 100 on the Forbes’s World’s Highest-Paid Athletes 2017 list, Kohli has used his enviable success on the field to create a formidable brand out of himself, making about $19 million from endorsements only. Kohli has since made numerous investments in sports and fashion ventures.

One8 - Owner
Kohli is building his own brand, One8, to license his name to companies interested in launching Virat Kohli special edition brands. Currently, his name has been licensed to Puma for the athleisure brand and to Lux Industries for the manufacture and marketing of branded premium innerwear, socks and sleepwear. Cornerstone Sport, his sports management company, is the licence owner of One8.

SportsConvo - Co-owner
Primarily a content sharing and networking platform for sports fans, this London-based startup was backed by Kohli in November 2014. It allows its users to chat, make voice and video calls within the app, share photos, videos, sounds, documents and location, apart from hosting original content from different publishers.

FC Goa – Co-owner
In September 2014, Kohli was announced as the co-owner of the Indian super league’s Goan team.

Chisel Gyms - Co-owner
Kohli launched his own chain of gyms and fitness centres in September 2015, jointly owned with Chisel Fitness and CSE, the sister concern of Cornerstone Sport & Entertainment. While nine gyms are up and running, ten more are on the way.

Stepathlon Kids - Co-owner
This technology-driven online fitness platform for kids encourages them to take a race around a ‘virtual world’. Kohli back the startup that inspires kids to stay healthy, in June 2016.

UAE Royals – Co-owner
While Kohli is still a co-owner of this International Premier Tennis League (IPTL), the tournament has been called off for 2017 due to financial torubles.

Past Ventures
Bengaluru Yodhas - co-owner
He owned the Pro Wrestling League team till 2016.

Fanbox.com - Merchandising Deal
In 2016, the Indian cricket team captain had a one-time merchandising deal with Fanbox.com to launch a collector’s edition box with a MotoG Turbo phone preloaded with an all-access Kohli app for his fans, a signed cricket bat and a welcome letter. 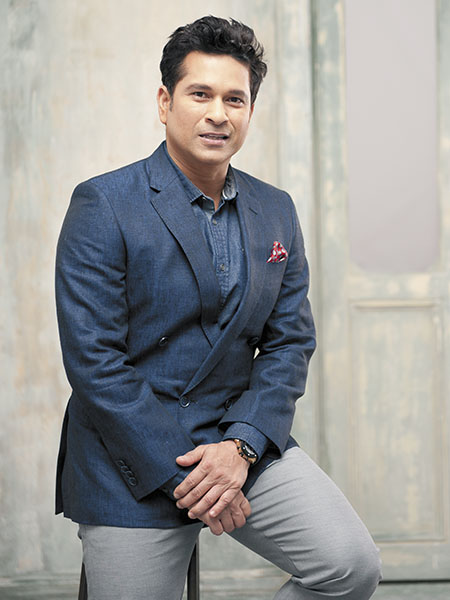 SACHIN TENDULKAR
The Master Blaster may have hung up his boots four years ago, but this sporting superstar – thanks to the expanding scope of media in his time – has been able to transform himself into a formidable brand. While his moves on the pitch were textbook-style, he was never averse to experimentation, a quality that can be seen in his varied investments too. From dabbling into restaurant businesses to fashion retail and owning sports teams, Tendulkar is still on the top of his game.

Smaaash Entertainment - Investor
A sports and gaming arena, Smaaash was launched in 2009 by Shripal Morakhia, the founder of retail brokerage Sharekhan. It houses net cricket, arcade games, bowling, go-karting, virtual reality-based experiences, and more, under one roof. The master cricketer invested in the sports entertainment company in 2013.

Universal Collectabillia
He backed Anjana Reddy’s Universal Sportsbiz Ltd, a sports merchandising and fashion retail start-up when she was only 23 years old. As of March 2016, Tendulkar owns 21 percent stake in the company.

SRT Sports - Sports Management Company
Tendulkar established his sports management company - that also manages him today - on March 1, 2016. Both him and his wife, Anjali are listed as company directors, according to Tofler, along with Mrinmoy Mukherjee, the company’s director and CEO.

True Blue - Co-owner
Launched in May 2016, this fashion retail brand was set up in partnership with Arvind Fashion Brands to cater to the urban man. The brand name commemorates the Indian cricket team’s ‘men in blue’ avatar.

Smartron - Investor
Homegrown Internet of Things (IoT) and Original Equipment Manufacturing (OEM) startup received an undisclosed amount in investment from Tendulkar in 2016. He is also a brand ambassador for the company. Earlier this year, the company launched the srt.phone, as a tribute to the cricketing legend.

Sachin by Spartan - Investor-Advisor
Tendulkar got on board with the Indian arm of the Australian sporting gear and equipment company in January this year as an investor and on the advisory board. The company’s online platform sells cricket gear, jerseys and the English Willow bat under the Sachin by Spartan brand.

Sports Teams
Kerala Blasters - Co-owner
In 2015, he bought 20 percent stake in the South Indian state representation in the India Super League team. He later raised the stake to about 60 percent.

Mumbai team - Co-owner
Tendulkar also owns a team (since 2014) in the struggling The International Tennis Premier League (ITPL) which is on the backburner this year.

Tamil Thalaivas - Co-owner
He co-owns the Tamil Nadu-based franchise (since May 2017) of the Pro-Kabaddi League along with pharmaceutical entrepreneur Nimmagadda Prasad.

Bengaluru Blasters - Co-owner
In 2016, Tendulkar bought the Bengaluru franchise of the Premier Badminton League. Like his ISL team, the name of the badminton league also carries the Blasters name from his very-famous nickname - Master Blaster. 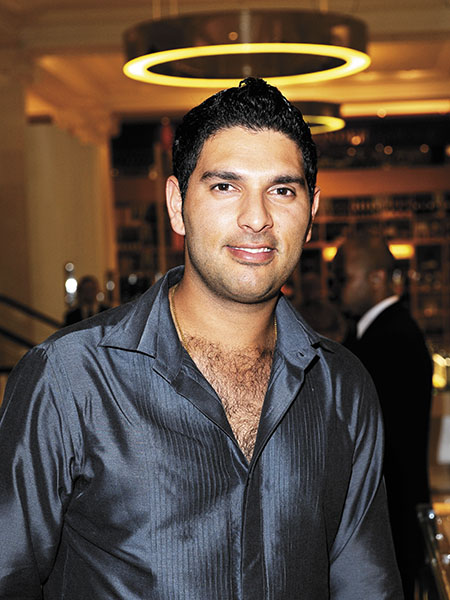 Image by: Dave M. Benett / Getty images
YUVRAJ SINGH
The middle-order dasher Yuvraj Singh, known for his exploits with white-ball cricket and to capitalise on a stray ball, he has not been afraid to take calculated risks. Off the field, he has the same eye for opportunity, shown by his interest in startups and his tapping of nascent markets.

YouWeCan Ventures Technologies LLP
Singh co-founded a seed fund with Rs 50 crore corpus in April 2015 along with Nishant Singhal, his long-time business advisor, to invest in internet startups and to encourage entrepreneurship. Together, they have made early stage seed investments in sectors from healthcare, travel and sports to automotive, and more.

Cartisan – July 2015, it was Bengaluru-based automotive service marketplace’s turn to get funded by him.

Sports365 – The sporting goods startup was backed by Singh’s fund way back in 2012. He is on the management team and is also a brand ambassador for the company. Tennis ace Mahesh Bhupati is the director and brand ambassador, along with Lara Dutta (brand ambassador).

Sportybeans – Singh’s fund picked up a 10-15 percent stake in this Pune-based multi-sports platform for children in 2015. Apart from being a brand ambassador, he is also involved in designing programs and sports curriculums for the company.

Eazydiner – In June 2017, the online table reservation platform was backed by YouWeCan Ventures with Singh signing on as a brand ambassador too. Unlike other ventures, here the fund participated in a late stage Series B funding round.

YouWeCan fashion retail - YouWeCan Ventures forayed into this sector last year with the clothing range designed by Shantanu and Nikhil.

Past Investments
Vyomo - App-based beauty and wellness platform had received an undisclosed amount from Singh’s fund in April 2015 but its technology and team were later acquired by Naturals Salon & Spa which led to their exit, according to Singhal.

Black Orange White Brands – A licensing deal forged with the brand licensing startup in December 2015 has since been terminated, Singhal told Forbes India. 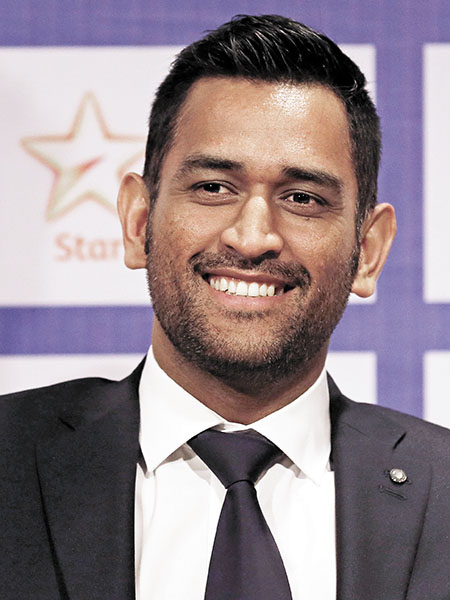 Image by: Danish Siddiqui / Reuters
MS DHONI
Explosive on the pitch and calm on the field, Dhoni’s unorthodox technique and icy nerves have earned him the appellation Captain Cool. Consistent, Dhoni skillfully navigated India to the top of the leaderboards. In the world of entrepreneurship, he has shown a similar steady hand at the wheel.

Seven by M S Dhoni - Co-owner
Co-owner of the fitness and active lifestyle brand Seven, as it is described on the website by Rhiti Group - the sports management company that manages him - crossed a turnover of Rs 50 crore in 15 months after launch (February 2016), according to Arun Pandey, owner, Rhiti Sports Management. He said, “Approximately 40 stores will be operational by May 2018.”

SportsFit - Co-owner
Dhoni launched his fitness centres in the country in 2012 under Sports Fit World Private Limited, incorporated on January 23, 2017, according to Tofler.

The Bike Festival of India - Co-owner
He has been associated with BFI along with Rhiti Sports, since its inception. Pandey told Forbes India that the two-day biking festival will “keep happening and at larger level,” Pandey said.

Tweets by @forbesindia
2017 Forbes India Celebrity 100 list: The rising stars of the future
Children in cinema: The kids are (not) alright