30 Under 30: Munaf Kapadia has turned his mum's cooking into a brand 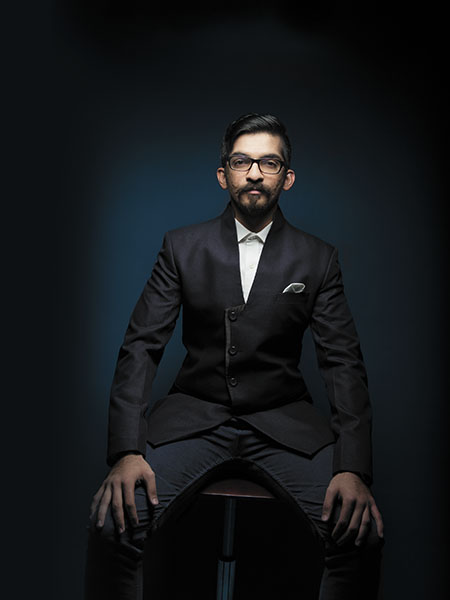 When Munaf Kapadia started The Bohri Kitchen (TBK), a weekend pop-up at his Cuffe Parade home, the idea was to keep mum Nafisa busy. That was in December 2014. Two years on, Nafisa is still hooked on to Candy Crush. But between the several levels that she has mastered, her youngest son has quit his full-time job at Google and turned a nascent idea into a brand that has become a giant of sorts among home chefs. From feeding 20-odd guests, Kapadia is pushing the boundaries of scalability in a sector that ill-affords it: He now operates a central kitchen that makes about 30 deliveries each day, is a fixture at pop-up fests and does catering at high-profile parties in and outside Mumbai. His marketing chops, and Nafisa’s keema samosas and raan (goat’s leg marinated for 48 hours) have ensured that Bohri cuisine is slowly segueing from niche to mainstream, evoking chatter at corporate dos as well as Christmas parties. “Munaf is one of the first home chef enterprises to make it big. The food is fabulous but his biggest success is to make a brand out of his mum’s cooking,” says Kunal Vijayakar, food writer and TV host.

The surge of interest has given Kapadia the ammunition to dream big. In the last one year, when he went beyond home dining and started the delivery business, TBK has had a turnover of about Rs 50 lakh. Kapadia is confident of pushing it to Rs 3 crore in the next year. He is looking to start a second kitchen closer home from where Nafisa can have greater control and add variety to the menu. Once things fall in place, a few restaurants, in Mumbai, Delhi, Bengaluru, “and eventually in New York”. It won’t be as easy as growing his handlebar but, he says, “I’ve figured out the challenges. Now, it’s just a matter of addressing them.”