30 Under 30: Taapsee Pannu has found her mojo in Bollywood 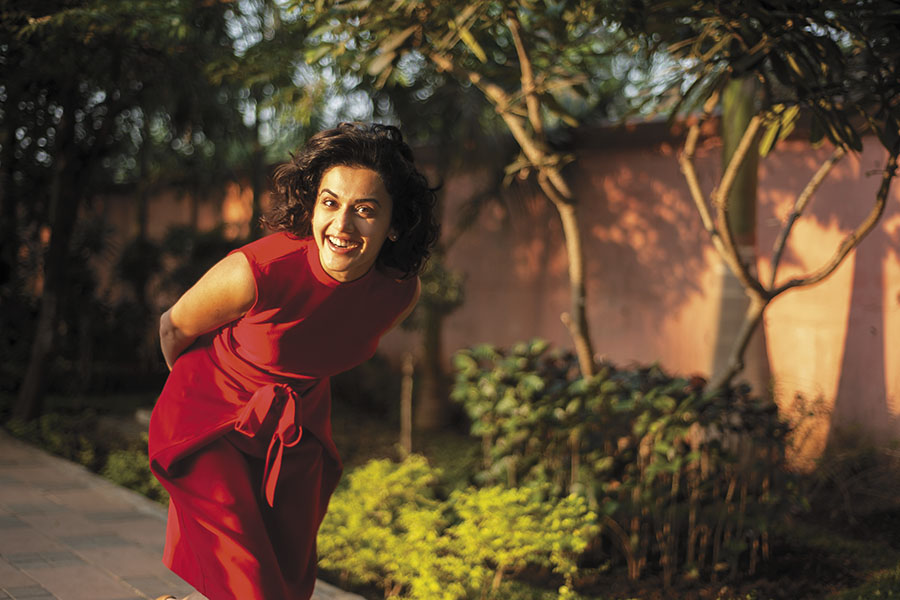 It took a short clip from his soon-to-be released Runningshaadi.com for filmmaker Shoojit Sircar to discover his spunky yet beleaguered Meenal Arora in Pink (2016). And actor Taapsee Pannu was a stand-out in the hard-hitting film, co-produced by Sircar, which dealt with the evil of women’s harassment.

It has proved to be a landmark movie in the 29-year-old’s career.

“With Pink, I addressed a social issue close to my heart. I’ll remember this film even after I stop acting. It will be a movie that I’ll be proud to show to my kids,” says Pannu, who has at least four films lined up for 2017—Runningshaadi.com, Naam Shabana, The Ghazi Attack and Judwaa 2.

The ensuing attention has altered others’ perception of her. “People have started taking me more seriously, that’s the difference. There is greater credibility and respect now. And thankfully, people don’t ask me for auditions anymore… I am terrible at them,” says the former model and engineering graduate from Guru Tegh Bahadur Institute of Technology, New Delhi.

Pannu is already a reputed name in the South, having featured in blockbusters like the Tamil film Aadukalam (Arena, 2011), but Pink opened the floodgates for her in the Hindi film industry.

“It was one of the outstanding performances of 2016 which people will remember many years from now,” says Sircar.

For someone who did not want to become an actor, Pannu considers the recognition a bonus. But “acting will never take over my life,” she tells Forbes India. This clarity remains one of her biggest strengths.

“She is not yet polluted by the so-called Bollywood stardom. There are very few people who are natural actors… she is one of them,” says Sircar. Filmmaker Neeraj Pandey, who has directed Pannu in Baby (2015) and Naam Shabana, too, talks of her “tremendous potential as an actor”. “The sky is the limit for her,” he says.