Mithila Palkar is living a dream 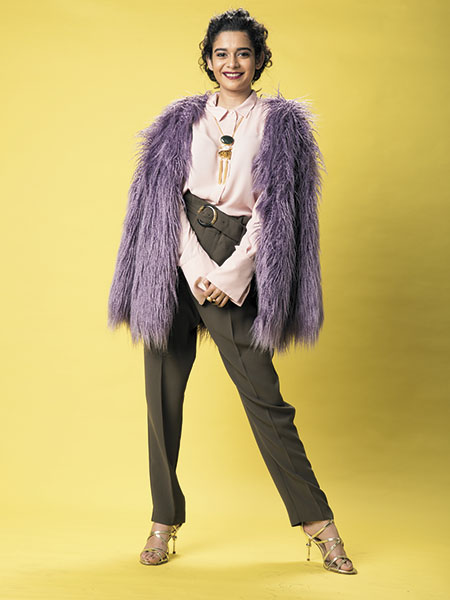 Mithila Palkar | 24
Actor
On a sultry evening in March 2016, Mithila Palkar posted a ‘cup song’ on YouTube. Before she knew it, the video went viral, garnering 2.9 million views to date and fetching the actor overwhelming attention. While using a plastic cup as a percussion instrument was a novel idea, the Mumbai girl’s infectious charm also worked in her favour.

‘Cup song’ or otherwise, the mass media graduate was already on the cusp of becoming an internet sensation. Palkar became a millennial favourite as Meera Sehgal, the popular character she played in the Girl in the City web series later that year. “Whatever I experience with the characters I play is something close to what millennials feel. The ‘realness’ of it appeals to the audience,” says Palkar, who admires actor Priyanka Chopra for her career choices.

Palkar has featured in plays, commercials and films such as Katti Batti (2015) and Muramba (2017), but her predominant work has been on over-the-top platforms, including web series Official Chukyagiri (2016), Annoying Things…. (2016) and Little Things (2016).

“Mithila is on her way to where she has to be. Her strength is that she is not limiting herself to any one medium of entertainment,” says Akarsh Khurana, who has directed Karwaan. At her TEDx Talks appearance last year, Palkar spoke on ‘It is okay not to have a plan’. The belief clearly seems to have worked for her.