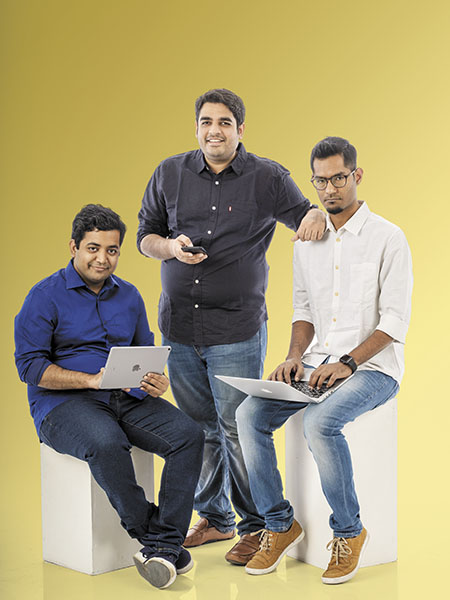 While a student of engineering in Mumbai, in December 2010, Gaurav Munjal uploaded a short video tutorial on computer graphics on YouTube. He had set up a channel called Unacademy on the video-sharing platform through which his friends could access the tutorial.

Buoyed by the positive response, he started uploading more tutorials related to computer programming. This continued even after he started work as a software engineer at Directi and later set up his first company Flat.to in 2013. He sold Flat.to to Common Floor a year later.

Amid this, Munjal, a resident of Jaipur, roped in his friend Roman Saini to upload tutorials on how to crack the civil services exam, on the channel. Saini, a doctor by training, had qualified as an IAS officer in 2013. He quit his job in 2015 and joined Sorting Hat Technologies, a company that Munjal had set up along with Hemesh Singh in September 2015.

Sorting Hat owns and operates Unacademy, a digital education platform comprising a mobile app, a web portal and a YouTube channel, where 4,000 educators offer both free and paid-for video tutorials. Unacademy has 1.5 lakh tutorials on its platform and it registered 20 million views in December 2017. “We want to build the largest education platform not just in India but across the world,” says Munjal, co-founder and CEO, Unacademy.

The Bengaluru-based startup has raised $17.6 million in venture funding from investors such as Sequoia Capital India, Nexus Venture Partners, SAIF Partners and Blume Ventures. “Unacademy is well on its way to cater to an ever-growing audience that has an unquenchable urge to learn and grow,” says Bhavin Turakhia, CEO and co-founder, Directi, and director on the board of Unacademy. “There is no limit to Unacademy’s potential to scale and become a household name.”