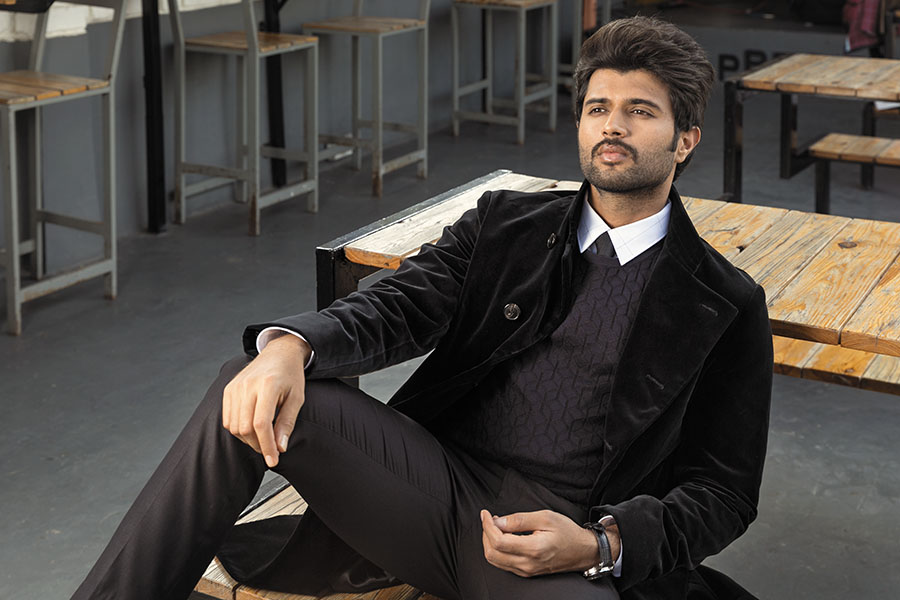 Vijay Deverakonda had a sheltered life at the boarding school in Puttaparthi, Andhra Pradesh, where he studied till he was 15. When he returned to his hometown in Hyderabad, he experienced a culture shock. Among other things, he found it troublesome to change buses and complete a 40-minute commute to college. “I felt nauseous,” he admits.

He didn’t find the curriculum challenging either. So, he opted for tuitions at home and spent his time watching movies. This annoyed his father who called it a waste of time. Deverakonda then started doing theatre “to do something productive” and began liking it. He also auditioned for films while completing his graduation in commerce. “But I still haven’t collected my mark sheet. I am scared,” he reveals.

Deverakonda made his film debut with Nuvvila (Telugu, 2011), and followed it up with a cameo in Life Is Beautiful (2012) and a supporting role in Yevade Subramanyam (2015), both in the same language. The positive response to Pelli Choopulu (Telugu, 2016) meant that he had found his calling as an actor. “This [acting] is what excites me and keeps me on my toes. As long as that happens, this is what I will do,” says Deverakonda. The blockbuster success of Arjun Reddy (2017) elevated his stature as a rising star of cinema. “He’s a smart actor. He understands the character and gives what is required. He’ll soon be one of the superstars in India,” says Arjun Reddy director Sandeep Vanga.

The actor puts a lot of thought into his performances. “Spontaneity comes from being prepared. It’s a bonus,” says Deverakonda. He believes that the adulation that he gets is an acknowledgement of his work. “It’s empowering because success means you can do things on your own terms.”

Deverakonda now wants to push his limits. He has already set up his production house and his first film as producer releases in 2019. Amid all the hype, he strives to remain grounded. “Keeping sane is a conscious thing,” he says.