30 Under 30: Dipa Karmakar - Vault from obscurity to global success

How Dipa Karmakar vaulted from obscurity to international success 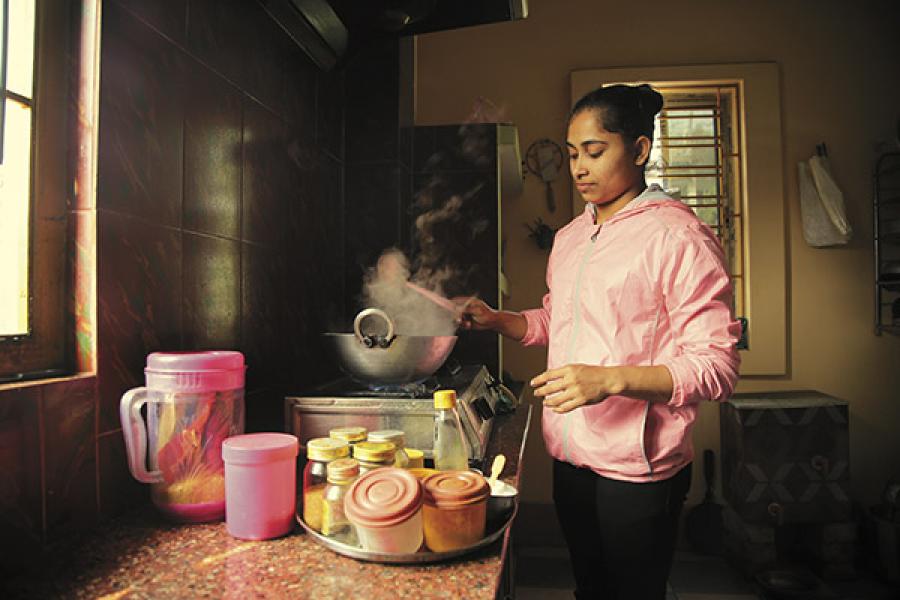 Image: Joshua Navalkar
Not just with the vault, Dipa Karmakar can cook up a storm in the kitchen too

Dipa Karmakar was left speechless when cricketing legend Sachin Tendulkar praised her for bringing laurels to the country during a felicitation ceremony for Commonwealth Games medallists. “It was the best compliment I’ve ever got. It was my lucky day… I remember the date [August 8, 2014] clearly because it happened on the eve of my birthday,” says the gymnast from Agartala in Tripura.

She admits she has a memory for her achievements: Right from when she began winning medals at the age of six to the 2014 Commonwealth Games held in Glasgow, where Karmakar became the first Indian woman gymnast to win a medal in the history of the Games, after bagging a bronze in the vault event. There, she also achieved the distinction of becoming only the third woman in the world to successfully land the Produnova vault—one of the most difficult involving a handsprint and two somersaults.

In 2015, she won a bronze at the ART Gymnastics Asian Championships in Japan and finished fifth at the World Artistic Gymnastics Championships in Glasgow after becoming the first Indian to qualify for the finals. Karmakar was also honoured with the Arjuna Award last year.

Her performances in a sport that is low-profile and nascent in India are laudable, but Karmakar remains grounded. “The year 2015 was a mixed bag. My goal was to win a medal at the World Championships and qualify for the Olympics. I missed out on that… that’s my regret,” says Karmakar, who is currently pursuing her MA in political science.

Her coach Bisweswar Nandi can identify with her dissatisfaction. “She’s ziddi [stubborn]. She keeps practising till she’s satisfied,” he says. And she stays hungry for more. “I have got a lot from my country,” she says. “It’s time for me to give back something.”

Tweets by @forbesindia
30 Under 30: Anirban Lahiri - A man on course
Lupin's Vinita and Nilesh Gupta bag EY Entrepreneurs of the Year award