Some companies are known for their ability to script comebacks and make fresh starts. Here are nine that have dealt with setbacks and bounced back 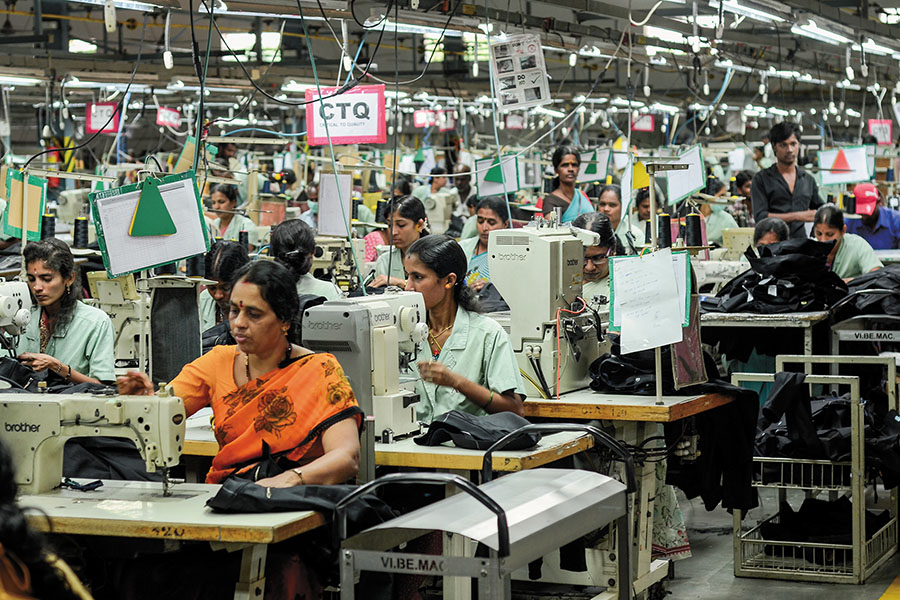 Arvind Ltd diversified into high-growth brands and retail
Arvind Limited: Weaving a new tale
It hasn't been an easy ride for sexagenarian Sanjay Lalbhai, chairman and managing director of Arvind Ltd and a fourth generation business leader from the Lalbhai family. In 1998, Arvind Mills (now known as Arvind Limited) almost went bankrupt. It was a period when demand for denim, the company’s flagship product, was on a decline. Besides, the company had been on an expansion spree for which it had secured debt of over ₹2,000 crore. To mitigate risks arising from the cyclical nature of the denim business, Lalbhai diversified his textiles business and grew the non-denim categories. He also went on to focus on high-growth brands and the retail business. 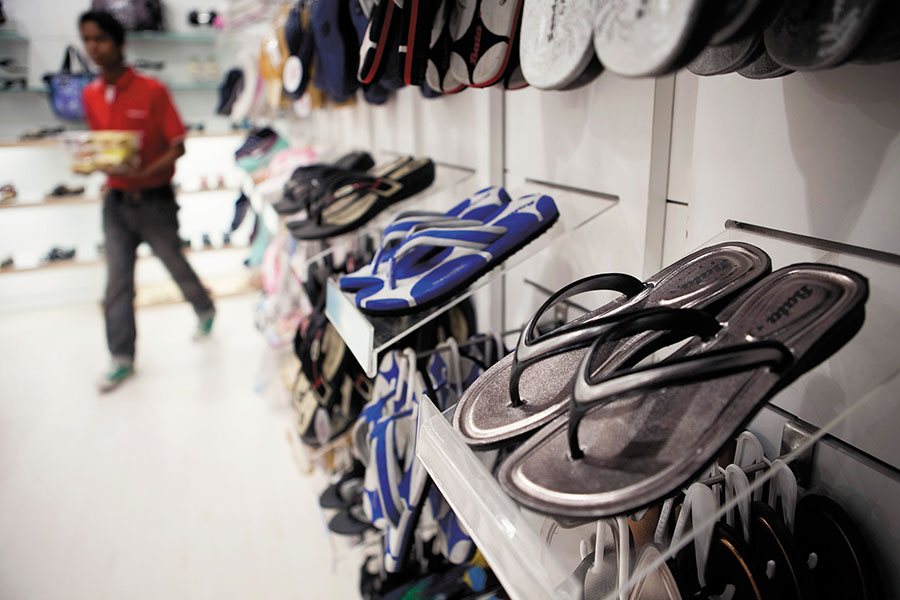 Bata, with 1,200 stores and 30,000 dealers, dominates the Indian market
Image: Getty Image
Bata India: Steps Ahead
The Switzerland-headquartered Bata Shoe Organisation, which has been in India for 87 years, had by the 1970s become a household name in the country. However, when India opened its doors to liberalisation, the company began losing its edge. The India-listed entity, Bata India Ltd, tried its best to withstand the twin onslaughts of labour union strikes and new footwear brands in the 1990s but for the first time reported losses in 1995. Though the company bounced back a year later, letting go of employees and selling some of its assets, it once again went into the red between 2001 and 2004. A management rejig and firm action to tackle the labour unrest later, the company got back on its feet. Today, with over 1,200 stores and 30,000 dealers, Bata India Ltd dominates the footwear market in the country. It sells more than 50 million pairs of footwear annually.
—Anshul Dhamija 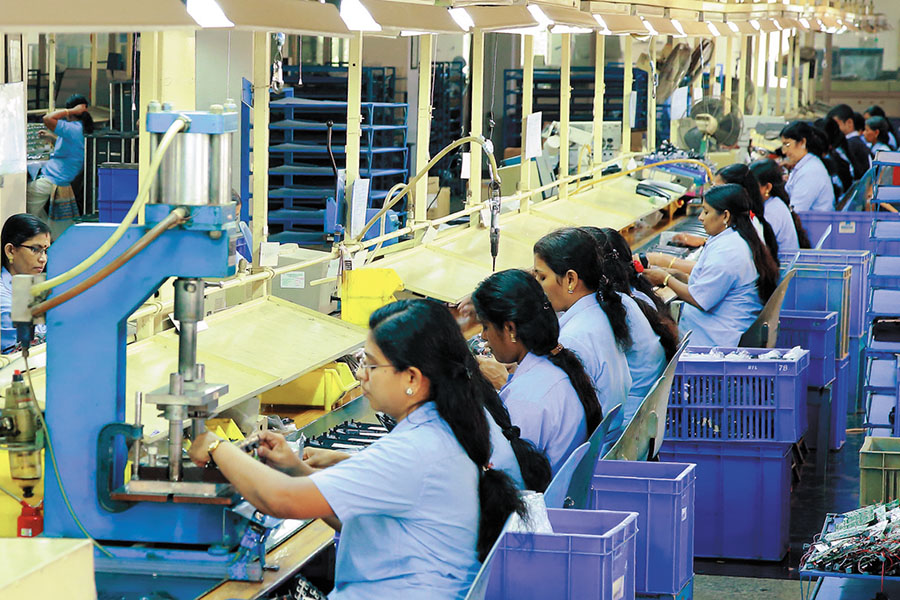 BPL made its comeback with a new range of affordable LED TVs
BPL: Staging a comeback
BPL was the go-to consumer electronics brand in India in the ’90s, selling over a million colour television units at the time. However, by the end of the next decade, its days of glory were behind it because of the onslaught of brands like Samsung and LG. Also, its over-25-year tie-up with Japanese electronics giant Sanyo Electric ended in 2007. A family feud made matters worse. Eventually, BPL had to sell its factories and exit from the large consumer appliance category to stay afloat. “My darkest hour was when dealers were asking for BPL products because there was still demand for them, and we couldn’t supply,” Ajit Nambiar, chairman and managing director of BPL Ltd, told Forbes India last year.

Almost a decade later, in June 2015, BPL made a comeback with the launch of a new range of affordable smart LED TVs, joining hands with Flipkart as a channel partner for its second coming. Since then, the company has widened its product range to include multiple models of LED televisions, top and front load washing machines, microwave ovens and air conditioners. In 2017, it changed its online channel partner and tied up with Amazon India. In FY17, BPL sold about 52,000 units of larger appliances, compared to 5,300 in the previous year.
—Anshul Dhamija 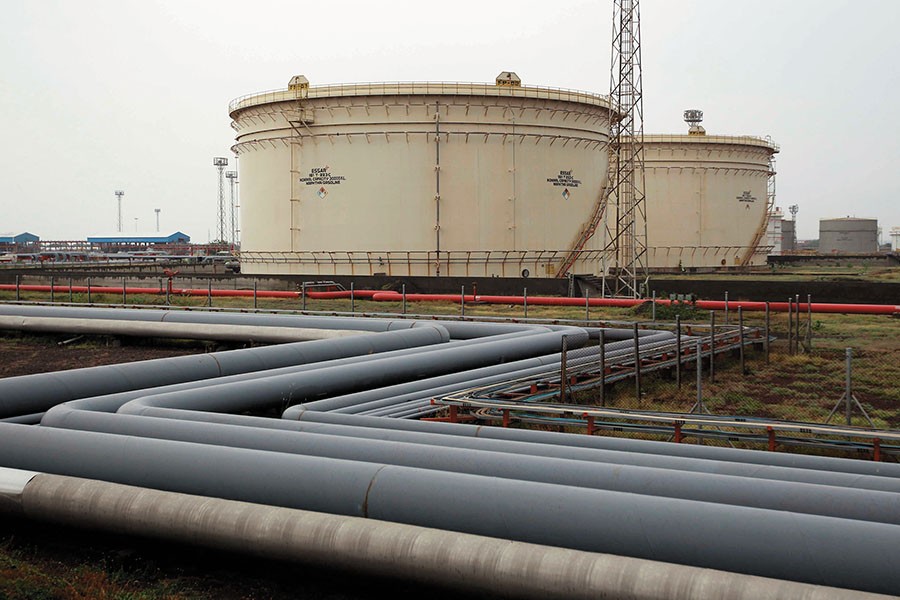 The Ruias, who have not shied away from selling businesses, sold Essar Oil in 2017
Image: Amit Dave / Reuters

Essar: Making bold bets
Ravi and Shashi Ruia have been through several ups and downs, but the billionaire brothers have an uncanny ability to wriggle out of tough situations. They’ve dreamt big and made bold bets that may not have worked all the time. The late ’90s saw Essar Steel struggle to make interest payments to banks. As debt ballooned, the company’s steel plant was classified as bad debt. A revival in growth meant that post 2003, profits zoomed and they were able to clear their loans. The Ruias have also not shied away from selling businesses. Essar Oil was sold to a Rosneft-led consortium in 2017. The present bankruptcy-induced sale of Essar Steel means that the Essar empire is likely to shrink. It would need another daring step from the brothers to script a revival.
—Samar Srivastava
IDFC Bank: Finding its feet
One of India’s newest universal banks, IDFC Bank, which began operations in October 2015, was formed after the demerger of its parent—financial company IDFC. With the aim of becoming a retail bank, in 2016 it acquired two microfinance firms, ASA International India Microfinance and Grama Vidiyal Microfinance, but failed to build its independent retail brand and customer base. In July 2017, it announced a deal to create a financial conglomerate through a merger with the Shriram Group, talks for which fell through in just three months. In a move to aid its revival, in January 2018, IDFC Bank announced another merger with NBFC Capital First, which would have Capital First’s founder V Vaidyanathan as the CEO of the new combined entity. The latest merger, due to be completed in Q3FY19, could help the bank move forward by at least five years in terms of retail lending traction. “With a new management at the helm, the company would get another fresh start,” says Alpesh Mehta, analyst at Motilal Oswal Securities.
— Salil Panchal 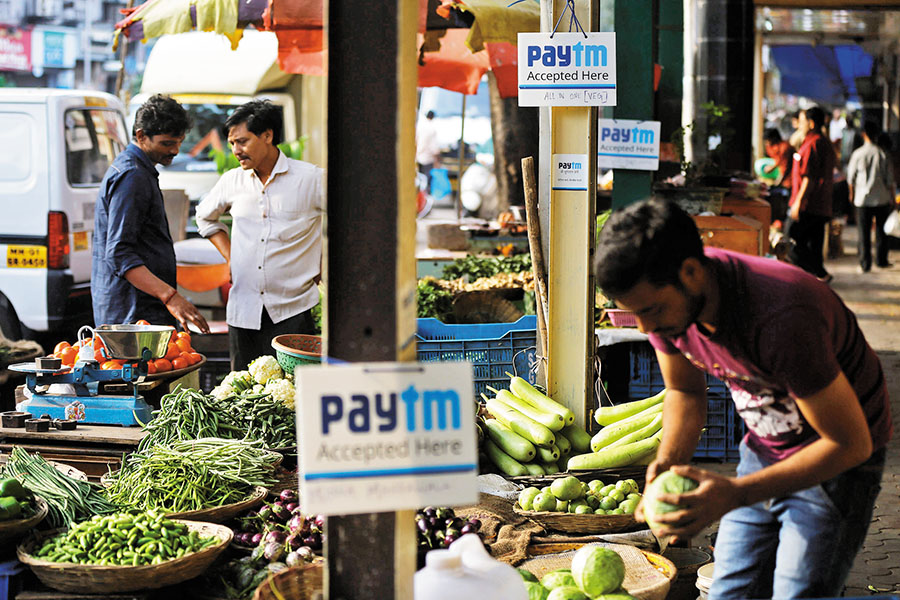 Paytm's parent company One97 Communications once sold 40% of its stake for ₹8 lakh to stay afloat
Image: Shailendra Andrade / Reuters

Paytm: Struggles behind the billions
Backed by Alibaba and SoftBank, Paytm today is valued at about $10 billion. However, its founder, Vijay Shekhar Sharma, India’s youngest billionaire at 39 according to the 2017 Forbes India Rich List, didn’t have it easy. Almost a decade ago, he famously sold 40 percent of Paytm’s parent, One97 Communications, then a mobile value-added services company, for ₹8 lakh to Piyush Agarwal, founder of Polar Software. Sharma needed the money to repay a loan he had taken to keep One97 Communications afloat. One97 Communications thus lived on to raise about $35 million from SAIF Partners, Silicon Valley Bank, Intel Capital and Sapphire Ventures between 2008 and 2011, before making a fortuitous foray into mobile wallets with Paytm. The rest is history.
—Sayan Chakraborty 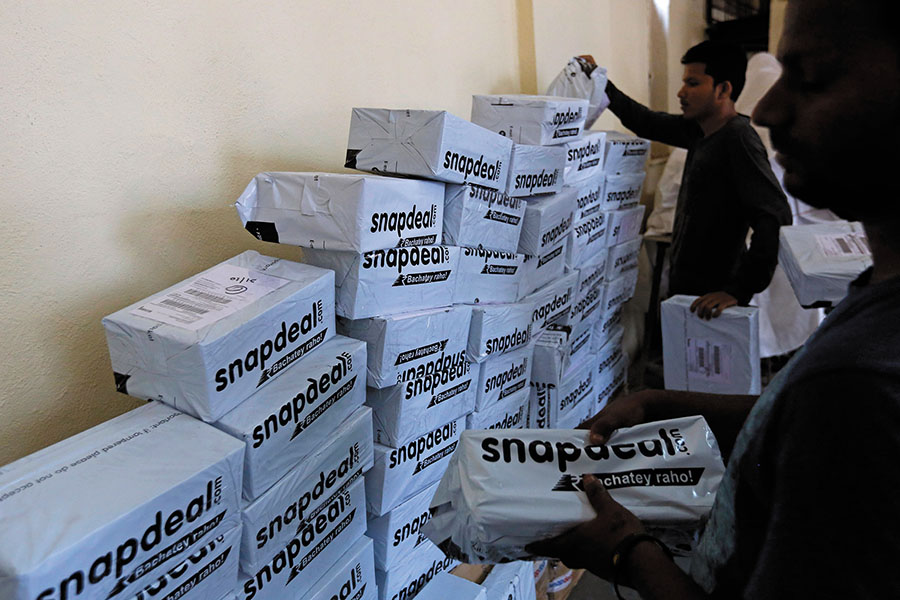 Snapdeal's avatars have included being a coupons business, an online marketplace and a platform that connects buyers and sellers
Image: Shailendra Andrade / Reuters
Snapdeal: Pivoting to survive
Snapdeal has undergone multiple transformations over the years to stay afloat. Co-founders and school friends Kunal Bahl and Rohit Bansal started an offline coupons business called MoneySaver in 2007. When it failed to take off, they launched an online equivalent called Snapdeal in 2010. Though the deals site had managed to rope in Kalaari Capital and Nexus Venture Partners as investors and signed up a whole lot of merchants, the duo sensed a better opportunity in online retail. Snapdeal in early 2012 shut down the coupons business to become an online marketplace. Over the next five years, it raised funds from Alibaba and SoftBank among others and tried its hand at everything from mobile payments to specialty fashion retail. However, it failed to match Amazon and Flipkart’s breakneck growth, eventually putting itself up for sale to Flipkart for $1 billion last year. The deal did not fructify. It was then that Snapdeal transformed into its current avatar. It now operates as a platform connecting the buyer with sellers, sans additional services such as logistics. Snapdeal’s future remains uncertain, but Bahl and Bansal have managed to keep the venture, once valued at $6.5 billion, afloat.
—Sayan Chakraborty 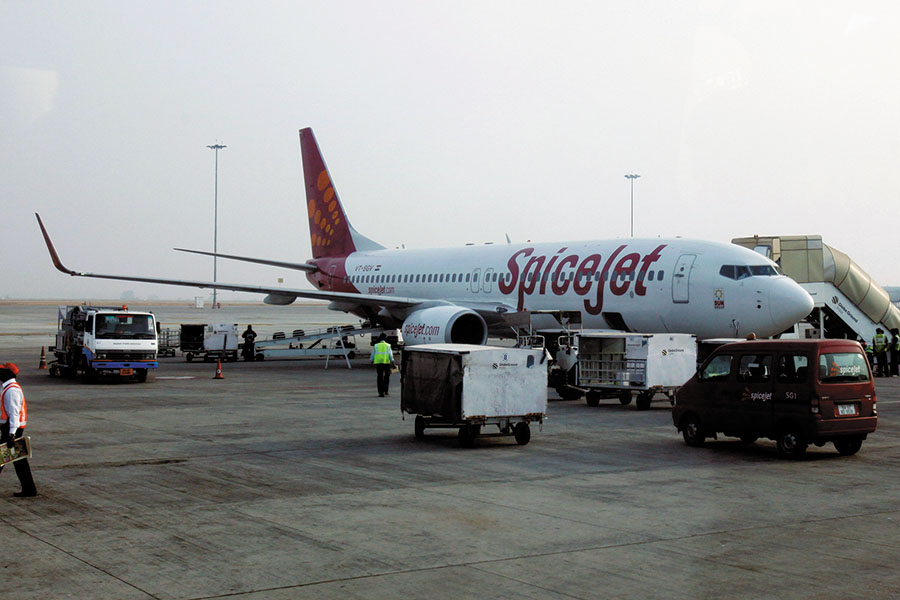 SpiceJet: Soaring High
In December 2014, budget airline SpiceJet was on the verge of shutting down. Its then promoter, SUN Group, wasn’t prepared to infuse additional capital to keep the airline afloat. Almost immediately, co-founder Ajay Singh, who had sold the airline to SUN Group in 2010, made a comeback as SpiceJet’s new promoter and set in motion a turnaround plan. He cut down costs, improved the airline’s on-time performance and made discipline a buzzword in the company. Three years on, the airline has reported 12 successive profitable quarters, including one with its highest ever quarterly profit of ₹240 crore in December 2017. SpiceJet has signed deals worth $22 billion with US aircraft manufacturer Boeing for the purchase of 205 planes. The airline’s survival, according to Dinesh Keskar, senior vice president, Asia Pacific and India sales, Boeing Commercial Airplanes, made sure that Boeing’s “market share and legacy continue in India”.
—Anshul Dhamija 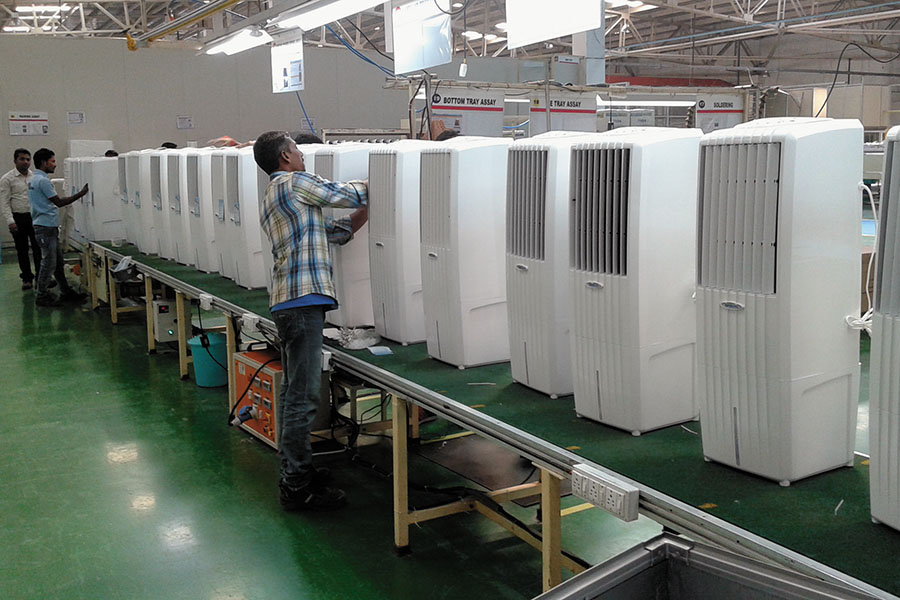 Symphony has made a turnaround from near bankruptcy in 2001 to becoming the world's largest  air cooler company
Symphony: A cool revival
For Symphony, the journey to the top was punctuated with failure. In the mid-1990s, a successful launch in the air cooler category had prompted the company to enter into various product categories, from heaters and geysers to washing machines and air-conditioners. A lack of focus took Symphony down the path to bankruptcy and by 2001, its net worth was completely eroded. “I would say we had burnt our bridges and had no option but to survive. We had to stop the bleeding and exit from the products that had caused the losses,” says Achal Bakeri, who set up the company. Symphony went back to its original knitting and decided to focus exclusively on air coolers. It has since acquired air cooler companies in Mexico and China, making it the world’s largest air cooler company by sales. Its sales stood at ₹667 crore for the financial year ended March 2017.
—Samar Srivastava
(The companies have been mentioned in alphabetical order)