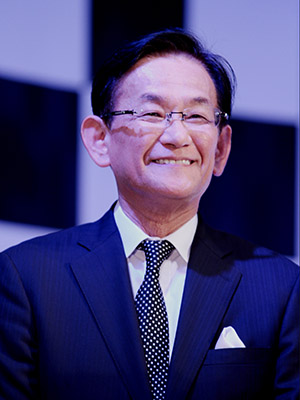 Q1. Despite the slowdown in auto demand over the last couple of years, Maruti Suzuki continued to do well. What is the reason?
The preparations we made over the last three years helped us. We were good in product and also ramped up capacity to match demand seamlessly. In all, we have a production capacity of 1.5 million cars. That is why even with increasing demand we can supply enough volume and that makes a good impression on buyers.

Q2. What is your outlook for the auto sector and Maruti Suzuki in 2016-17?
Demand will gradually pick up. When I got here two years back, the times were tough. But gradually circumstances are improving. New product launches will be important to spur demand and carmakers who can offer new products consistently will do well. In 2015-16 we grew at around 12-13 percent and we should be able to sustain similar volume growth in the next fiscal as well.

Q3. What will be Maruti Suzuki India’s role in Suzuki Motor Corp’s global plan of ‘Suzuki Next 100’?
The headquarters have always supported us. We have already mentioned that by 2020 we want to sell 2 million cars per year. This achievement would automatically contribute to the parent company’s mission.

Q4. The auto industry finds itself at the centre of a debate surrounding environmental concerns? Your perspective.
Banning vehicles (new registration of diesel cars with an engine capacity of 2,000 cc and above are currently banned in Delhi) will have a negative impact on industry. Already, the sales of some carmakers are suffering because of that. But the issue of environmental protection is something that we have to seriously consider as an industry. How do we ensure that we minimise automobiles’ impact on environment? The government wants to advance the timelines for implementation of BS-VI and do so by 2020. Some found this unreasonable, but if that is what the regulation is going to be then we have to comply with it. But we need reasonable lead time to implement the new norms, because we need a special device that has to attached to engines. That could be tough to do in a small time-frame, while keeping costs low.  Already in Europe, Euro VI is being implemented and this has pushed up the cost for diesel cars. In some of these countries small diesel cars may disappear. This situation may play out in India as well.

Government is saying implement Euro 6 (diesel engine emission legislations) in 2020. Some found it unreasonable. If those are the regulations then we will have to comply with that. But point is that we need some reasonable lead time to implement. Especially the diesel vehicles cost will increase because we have to attach a special device to comply with Euro 6. That could be very tough to do in a small time-frame and it may be difficult to keep costs low.