Tata group veterans FC Kohli and B Muthuraman deny claims made by Cyrus Mistry pertaining to Ratan Tata's intention to sell TCS to IBM; and his ego leading to the expensive Corus acquisition 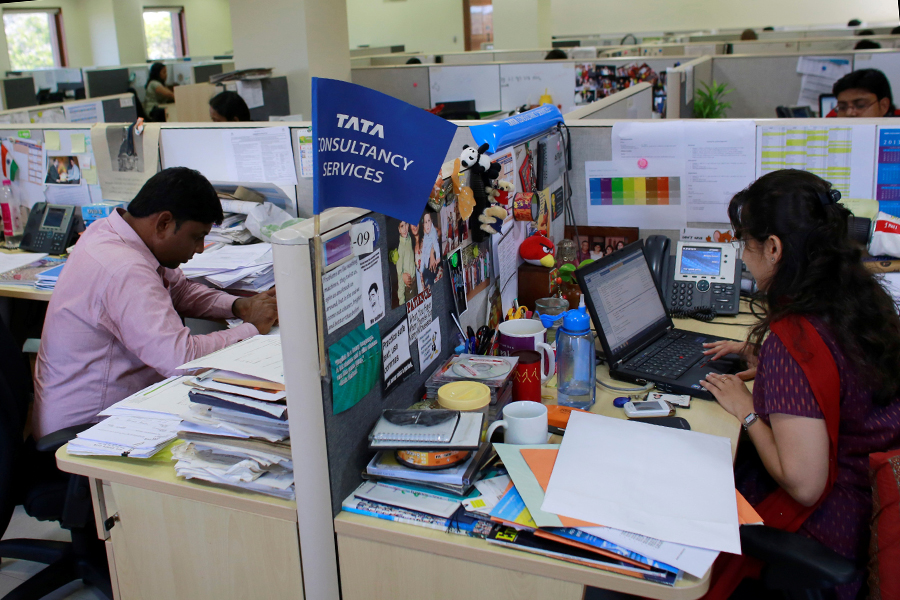 TCS has emerged as the cash cow of the salt-to-software Tata Group conglomerateImage: Danish Siddiqui / Reuters (for illustrative purposes only)


Former senior executives of the Tata group, FC Kohli, former CEO and deputy vice chairman of Tata Consultancy Services (TCS) and B Muthuraman, former vice chairman and MD of Tata Steel, denied claims made by Cyrus Mistry against Ratan Tata, in his statement issued on November 22.

A statement from Mistry’s office issued on November 22 said that, in the past, when Kohli was suffering from a cardiac condition, Ratan Tata, who was then heading Tata Industries’ joint venture with IBM, had approached JRD Tata with a proposal from IBM to buy out TCS.

“Mr. JRD Tata refused to discuss the deal because Mr. FC Kohli was still recovering in the hospital…On his return, Mr. Kohli assured JRD that TCS had a bright future and the group should not sell the company,” the statement from Mistry’s office said.

Responding to Mistry’s claim, Kohli, former CEO and chairman of TCS, said in a statement on Wednesday: “I would like to reiterate that at no point in time was there ever an intention of the Tata Group to sell TCS to IBM.”

With reference to the timeline of the entire episode I would also like to point out that my “heart by-pass surgery” took place in 1984. Mr JRD Tata was interested in my health and progress after the surgery and he established contact with my surgeon at Houston. He also wanted to know when I would be well enough to return to India,” Kohli said. “He wanted to discuss Burroughs proposal for software work in India under Tata Burroughs, which might affect TCS’ business.”

“Mr Cyrus Mistry’s comments regarding the sale of TCS to IBM at some ‘unspecified point in time’ are not correct. I was actively involved in the decision to bring IBM to India. A JV for hardware manufacturing and support in India, Tata IBM, was set up in 1991-92. This JV was undertaken to promote a computer hardware industry in India which was non-existent at that time,” Kohli said.

Since then, TCS has emerged as the cash cow of the salt-to-software conglomerate, contributing the maximum dividend among the group’s various operating companies, to its parent Tata Sons.

The statement from Mistry’s office had also said that Tata Steel’s acquisition of Anglo-Dutch steelmaker Corus Group Plc for $12 billion in 2007 was based on Tata’s “ego and against the reservation of some board members and senior executives.” The statement pointed out that Corus was available for half that price only a year earlier, and that the “overpayment made it harder to invest in the acquired assets, which had been neglected, and thereby, placed many jobs at risk.”

Corus has since been renamed as Tata Steel Europe (TSE) and continues to remain loss-making and has struggled to turn around in the face of several macroeconomic challenges faced by the European economy as well as the global steel industry.

The conglomerate sold TSE’s long products division – based in the UK – to Greybull Capital in June 2016 and efforts to find a partner for the rest of the UK business was underway with Mistry at the helm of affairs.

In another statement issued on Wednesday evening, Muthuraman said: “I am surprised and very sad to see the speculative and biased views being fed in the media regarding the acquisition of Corus nearly a decade back in early 2007. The long term strategy of Tata Steel was well thought out after a lot of deliberation to grow the company through capacity expansion in India and internationally through inorganic growth.”

Muthuraman also termed Mistry’s comments with respect to Corus as “frivolous and unconsidered.”

“The board of Tata Steel was deeply involved in all the deliberations and had approved the transaction. The value of Corus increased since the initial bid in line with the commodity price boom, its underlying performance and the transaction process. The acquisition was through a transparent auction process managed by the Takeover regulator in the UK and the acquisition price was 50 million pounds higher than the next bidder,” Muthuraman said.

Muthuraman, who was the MD of Tata Steel when the Corus acquisition took place, pointed out that in the first two years after the acquisition, Corus had an average annual Ebitda (earnings before interest, tax, depreciation and amortization) of over 1 billion pounds. “The sudden and unprecedented scale of the global financial crisis in 2008 had a very significant adverse impact on the industry fundamentals in Europe which also impacted the performance of Corus,” he added.