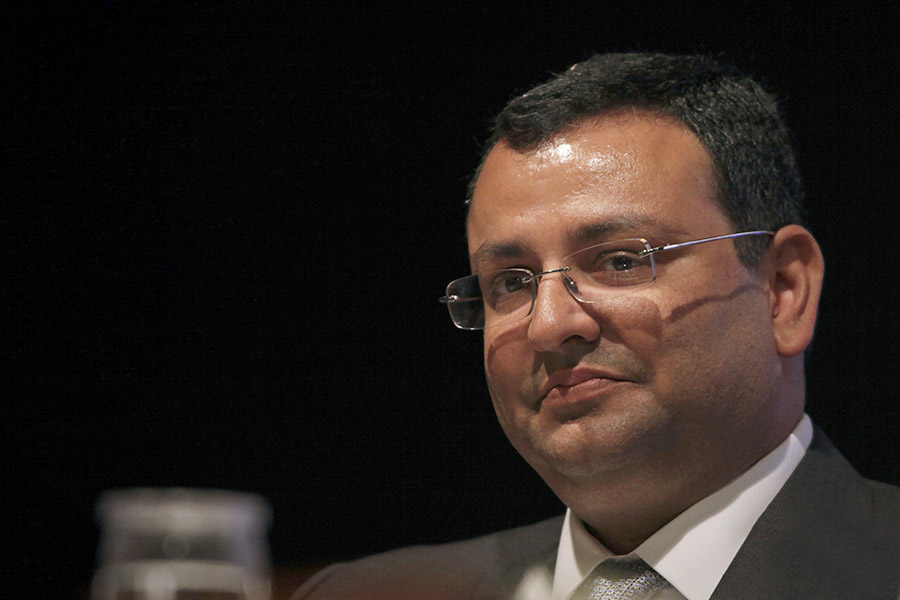 Cyrus Mistry, the 50-year-old former chairman of the $103 billion-Tata group, followed up on his statement made on December 19, and moved the National Company Law Tribunal (NCLT) against the “oppression and mismanagement” of Tata Sons, under Section 241 and 242 of the Companies Act of 2013, according to PTI. The petition will come up for hearing on December 22.

The petition filed before the NCLT by Cyrus Investments Corp and Sterling Investments Corp – two Shapoorji Pallonji Group entities – against trustees of Tata Trusts and directors of Tata Sons alleges abuse of articles of association by outsiders, breakdown of governance and loss of ethical value.

Mistry had put in his papers as a director and chairman of the operating companies of the Tata group on December 19, following a Tata Sons board meeting. In the statement he issued after tendering his resignation, Mistry had said that he is taking his sfight, which he says is to protect the legacy of the 149-year-old group, away from the forum the EGMs (extraordinary general meetings of group operating companies where shareholders were supposed to vote on a resolution to remove Mistry as a director) and to “another larger platform and also one where the rule of law and equity is upheld.”

On October 24, Mistry was summarily dismissed as the chairman of Tata Sons, the flagship holding company of the salt-to-software conglomerate. The Tata Group subsequently accused Mistry of non-performance; a deliberate attempt to dismantle the conglomerate structure of the group, and concentrate power only in his own hands. Mistry, on his part, has claimed that interference from the Tata Trusts (which own 66 percent of Tata Sons and is led by Ratan Tata as chairman) prevented him from discharging his duties and remedying many of the challenges faced by group companies, which he said he had inherited.

Mohan Parasaran, counsel for the Tata Group, told CNBC-TV18 on Tuesday evening that the onus of proving “oppression” would lie on Mistry in the legal battle that the latter has initiated. “He (Mistry) will have to substantiate his claims strongly – and prove that something wrong had happened and that it was a ‘deliberate’ attempt at oppression,” Parasaran said. With respect to Mistry’s other claim of mismanagement at Tata Sons, Parasaran said that the Tata group may very well argue why Mistry didn’t raise these issues earlier, considering he had been a director of Tata Sons since 2006 and chairman since December 2012.

VR Mehta, a trustee of Sir Dorabji Tata Trust, told CNBC-TV18 that Mistry’s move to bring the matter before the NCLT was along expected lines.

In a statement issued on Tuesday evening, Tata Sons confirmed being served with a petition under Section 241 and Section 242 of the Companies Act before the NCLT. “Tata Sons is in consultation with its lawyers and will contest the allegations therein,” the statement said.

“Tata Sons reiterates that it has the highest standards of corporate governance in its operations and views the petition as an unfortunate outcome of the situation arising from Mr. Mistry’s complete disregard of the ethos of the Tata Group and Jamsetji Tata,” Tata Sons said. “Despite, Mr. Mistry’s recent assertions that it is not a personal issue, it is evident it is evident that it always has been for him a personal issue which reflects his deep animosity towards Mr. Ratan N Tata.”

Tata Sons also pointed out that Mistry was the chairman of Tata Sons for almost four years and it was “surprising” that he is now making allegations on activities of Tata Sons after doing little to address them in his tenure, both as a director (since 2006) and chairman since 2012.

“Mr. Mistry’s removal as Chairman from the Board of Tata Sons Ltd was approved by an overwhelming majority of the Directors and it is unfortunate that Mr. Mistry has not been able to graciously accept the decision of the very same Board that appointed him,” Tata Sons said.

Tweets by @forbes_india
Tata and Mistry should avoid long-drawn legal battle: IHCL shareholders
How Biocon's brewmaster Kiran Mazumdar-Shaw made it a global force