The Curious Exits in Sequoia Capital

Sequoia Capital’s founding team in India had everything: Success, money and a free hand. So why are they leaving? 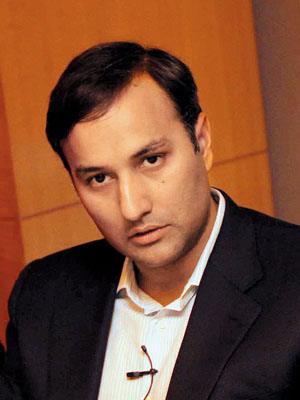 Image: Sachin Kadvekar/FOTOCORP
Sumir Chadha, one of the founder of Sequoia Capital

One of the things that makes Sachin Tendulkar a great player is that he rarely throws his wicket away once he is set. The four founders of Sequoia Capital (India) — Sumir Chadha, K.P. Balaraj, S.K. Jain and Sandeep Singhal — may not be the Sachin Tendulkars of the venture capital industry in India, but the quartet has one of the best track records in the country. They keep the company of Ajay Relan of CX Partners, J.M. Trivedi of Actis, Ashish Dhawan of Chrysalis Capital, and Renuka Ramnath of Multiples Equity, who between them have made the most successful investments in this industry over the past decade. Just when everyone thought they would keep making truckloads of money under Sequoia’s dappled shade, they just upped and left.

Sumir Chadha was inducted on the board of Star Health Insurance, a company that Sequoia invested $35 million in just a month or so ago. “We had no idea he was quitting Sequoia,” says a person close to the Star Health management. The quartet say they now want to invest in listed stocks, and are starting a new company. That’s making some people sad, like K. Ganesh, founder of TutorVista. “If they are indeed thinking of public markets then it is really sad for the Indian entrepreneurial ecosystem. They are one of the few people who invest in early-stage companies and they understand this domain so well. I feel really sad, the Indian startup ecosystem is losing a big champion,” says Ganesh. Sequoia had invested in TutorVista, which is now a Pearson investment.

People leave jobs in search of better pay, more reputed brand names, more challenging assignments or more freedom to take decisions. Venture capitalists are no different. They quit because they think that on their own they can be their own masters, make even more money and because they are on their own the assignment automatically becomes complex.

Here’s the catch. None of these conventional factors apply to the foursome leaving Sequoia. Sequoia, along with Kleiner Perkins, New Enterprise Associates and Venrock forms the blue-blooded brigade of venture capital funds. Sequoia financed Apple and Google. For its high performance, Sequoia gets one of the best deals from its investors. It charges its investors 3 percent of raised capital to manage the fund and takes 30 percent of the profits. The best of the rest in private equity and venture capital get 2 percent to manage the capital and 20 percent share of profits. Sequoia’s India team got 2 percent to manage the India investments and got anywhere between 20-23 percent of the profits they made on their investments. This is exactly the sort of deal an independent fund like the one Ramnath or Relan have raised will get. This also means that the India team at Sequoia got at least twice the money that other foreign VCs give their India teams.

Why? Chadha and his partners were already managing close to $300 million under the brand name Westbridge Capital when they merged Westbridge with Sequoia. The terms they negotiated then included such compensation. They also managed to get unparalleled freedom in running the India show. Other India teams of foreign VCs have to send their investment proposals to an investment committee based abroad. Sequoia India had its own local investment committee and this helped avoid bureaucratic hassle.

So why leave? “We believe that there is a great opportunity in investing in public markets. We are entrepreneurs. Ten years ago we got into the private equity space. Now we think there are interesting options in the listed space,” says Chadha. Perhaps it is just that wanderlust which entrepreneurs feel. Still, as one of the characters says in the Aamir Khan film Hum Hain Rahi Pyaar Ke: “Thoda doubt hota hai!”

Tweets by @forbes_india
The Techtonic Shift in Indian IT
Flipkart.com