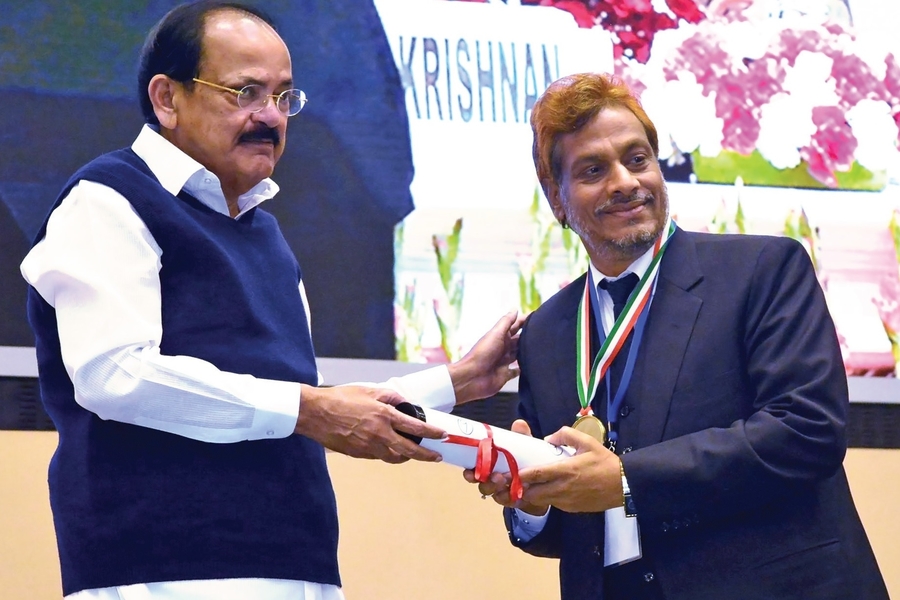 A known name healthcare and wellness industry, Dr AK Jain has been known for his in-depth knowledge and core expertise in the field of Ayurvedic Conjugal dysfunction. Awarded with the title of “Ayurvedacharya of the Millennium”, he has galvanised the ayurvedic medical practices by amalgamating modern approach of medical science to help young couples have a healthier married life. Dr Jain is a pioneer and a renowned Ayurvedic Medical Practitioner under whose guidance and leadership, the industry has explored some new avenues of Ayurvedic research to treat and better the conjugal life. Work experience
The foundation stone of 91 years of golden heritage was laid down by his grandfather Rajyavaidya Pt. Chandrasen Jain, who was a renowned Sanskritacharya & Ayurvedagya of the 20th century. He had treated royal families of sexual dysfunction and also the deprived sections of the society. Following the legacy, his son Rajyavaidya Dr. Chandra Kumar Jain had become the medical officer with SBI. By the virtue of his keen insight, he entered the most challenging & less talked about forte of medicinal practices. Dr Sankalp Jain, his son has been a major contributor in the success of their establishment. He has worked in King George Medical University and Hospital, first as an intern and later served as a junior resident, gaining heaps of valuable experience. He also had won several awards like ‘Health Icon Award’, ‘Personality of the year’ and with ‘National Gaurav Award’ in 2017. He has continued working as a sexual counsellor against the social taboos. Being a modern medicine practitioner he has well amalgamated the use of high-end technology and equipments for better diagnosis of his patients. Motivtion and early life
Dr Jain spent most of his childhood with his grandfather learning lessons of Sanskrit. In view of these lessons, he developed interest for this discipline and completed graduation from Lucknow University. He is a 1983 batch Ayurvedacharya from Delhi and got registered under the “Board of Indian Medicine, UP”(Registration No. 34285). He then received an Affiliation from Royal Society of Health (ARSH) London. During the initial days of his career, he helped his father in various research works and came up with a product ‘Gasoleen’ which has been thriving in market since then. Goals and career amalgamation
Dr Jain is devoted in the service of young and married people by continuously enhancing the quality of life for his patients by not only treating them but also enlightening them with the knowledge & convenience of adopting Ayurveda as a natural approach towards living a happy married life. Contribution for wellness
Disturbances emerging out of fast life are real dangers that are causing discord between couples and destroying their married life. Growing sexual disorders are becoming a challenge for modern day married life. Jain envisioned a healthier nation by actualising his ideology of Swastha & Samarth Yuva Bharat. Driven by an aspiration to promote Ayurveda on global front, Jain went on various exploratory research visits in different countries like USA (2007) & South East Asian countries including Singapore, Malaysia and Indonesia (2015). Awards and associations
Jain has been received many awards like ‘International Gold Star Award in 2004’, ‘Aayurvedacharya Of The Millenium’ in the year 2001, by the Hon’le Speaker of Parliament - Rabi Ray, ‘Best Sexologist in India’, ’Champions of Change in 2018 by Hon’le Vice President of India Venkaiah Naidu. He has been associated with many associations like Indo-American Friends Group, UP Chapter, Indian Industries Association, ASSOCHAM (U.P. Chapter), National Integrated Medical Association and Rotary Club, Lucknow. Disclaimer: The pages slugged ‘Brand Connect’ are equivalent to advertisements and are not written and produced by Forbes India journalists.