Entrepreneur with a Purpose

Meet Ajay Harinath Singh, The Prince of Sultanpur, who believes giving is living 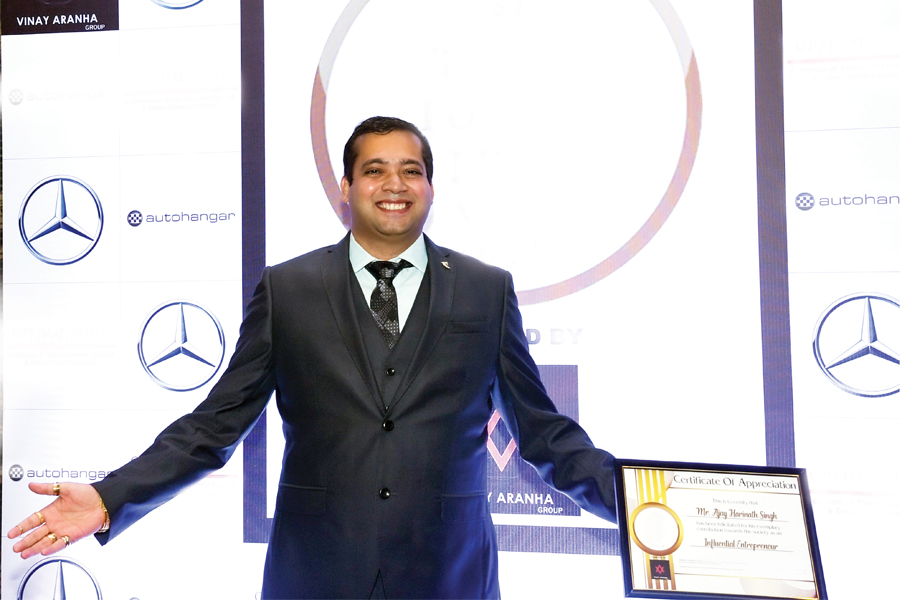 Ajay Harinath Singh at Times Power Men 2019 Awards When business magnate Ajay Harinath Singh, The Prince of Sultanpur, founded the Darwin Platform Group of Companies (DPGC), he knew that with his dynamic vision, he would be able to develop it into a conglomerate which dealt with banking, realty, hospitality, mining, pharmaceuticals and more. Striving for more, Singh also believes as much in giving back to society. Winning accolades
No wonder then that he was felicitated with the Mid-day Iconic Showbiz Role Model Entrepreneur Award, The Times Power Men Award, Asia One Global Indian of the Year Award, Global Excellence Award for Topmost Brand, Bharat Gaurav Award,  and Dr. B. R. Ambedkar Prerna Samman Award, among others. Filmmaking and philanthropy go hand in hand for this youth icon. A jury member of the Russian International Family Film Festival, he is also the finance backbone to two film production houses from India's top five, for 43 films, three of which are India's most expensive films ever. Content production
He is now foraying into mainstream commercial content production for cinema, TV and web. With its presence in Hollywood, Bollywood and Russian films, Darwin Platform Mass Media has a turnover of over Rs 289 crore. Providing finance for the entertainment industry at reasonable rates, the company loves to encourage and support good content creation. “Plans are on to spread our footprint to China, Korea, Japan, Czech Republic, Georgia and setup film cities in India and abroad, besides expanding digital distribution platforms for the future,” Singh says. 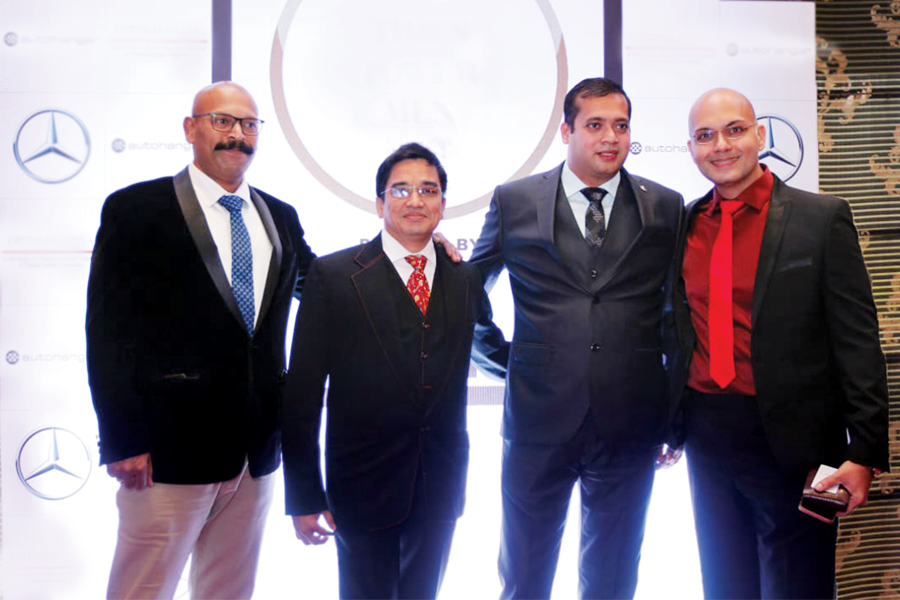 Haresh Mahapatra CFO, Rahul Ganpule CEO, Ajay Harinath Singh, Dr. Farhad Vijay Arora Ambitious ventures
The Entertainment Wing of Darwin is headed by DPGC Group COO Dr. Farhad Vijay Arora, also the son of film-star Vijay Arora and former Miss India Dilber Debara; along with Group CFO Haresh Mahapatra, DPGC Group CEO Rahul Ganphule and the legal team of Rohit Jain, Gaurav Jain and Govt. of India portfolio holders. Other team members include Mohammed Anwar Bawla and Jaswinder Singh Jassi, sales head Deepak Kumar Jangda, among others. Currently, the production house has The Rise of Mangol, a mega-budget, three-part biopic on the life of Emperor Genghis Khan, a multilingual film in Hindi, Tamil, English, Telugu and other languages. Alongside are parallel cinema projects like Tera Kya Hoga Lambodar, Azizan and Valet Parking. The company is mulling the production of a Kangana Ranaut-starrer and has three more films in pre-production stages, titled Rickshewali, Lady Luck and enD-yoUR-EX. Charity matters
Ajay Harinath Singh also devotes time to numerous philanthropic endeavours, expanding his charitable activities across oceans. "After being blessed with success, my happiness lies in being a medium of society's upliftment and happiness," says Singh. The Ajay Harinath Singh Foundation (AHSF) food charity was set up to provide food to the homeless and needy. He has now also opened food kitchens in London (UK) and Philadelphia (US), providing vegetarian meals to the needy. Singh has also successfully built low-cost hospitals in Latur (Maharashtra) and Bhuj (Gujarat) for low-income families, with an aim to provide quality and affordable health services. Article by: Vedant Disclaimer: The pages slugged ‘Brand Connect’ are equivalent to advertisements and are not written and produced by Forbes India journalists.