A thought leader who lives on the motto, "On Time Every Time" 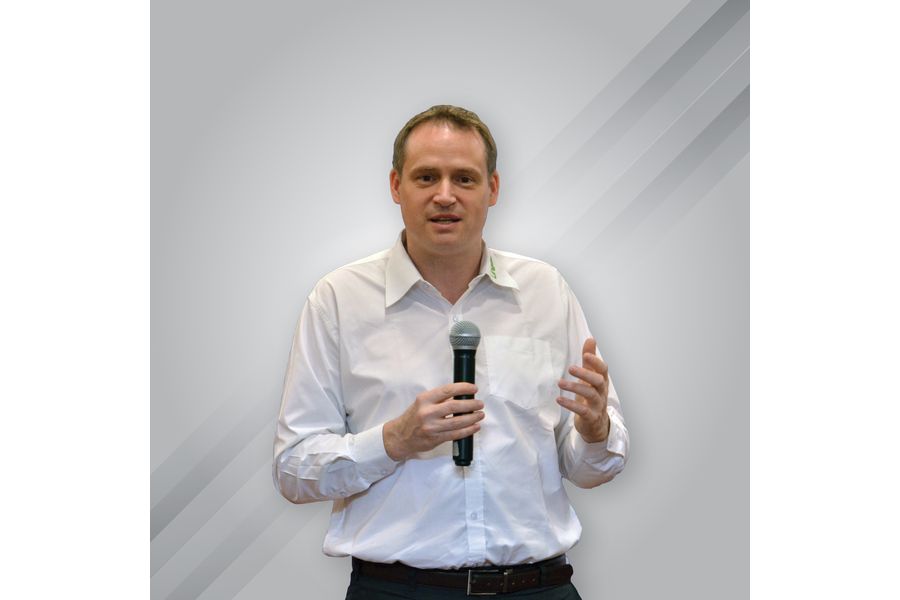 Mario Schmidt, Managing Director, Lingel Windows, and Doors Technologies Pvt. Ltd gets honoured with the prestigious title of India’s Top Mind 2020 Mr. Mario Schmidt, Managing Director of the leading German manufacturing firm – Lingel, that makes high-quality doors and windows has been awarded as India’s Top Mind 2020. Lingel entered the Indian market in the year 2006. With a small workforce and little experience of the nascent Indian market, in the beginning, Mr. Mario managed to grow the company manifold under his brilliant leadership over the years. After completing his education in Mechanical Science in the year 1944, Mr. Mario realized that he was deeply interested in fenestration and made the decision to learn more about it so he can create something amazing. In 2006 he came to India with his impeccable vision and he grew the business remarkably. Other than establishing the company in India and managing to make it one of the top ten companies in the industry, Mr. Mario has also contributed to introducing new products in the Indian market like the Smart Windows, which has gained him wide acclamation. It was the immense hard work and perseverance of Mr. Mario that led him to be presented with the ACETECH’s Design Wall Gold Winner Award 2014 and 2016. Around 60 shortlisted brands showcased their innovation and were judged on the basis of factors such as excellence and creativity by a jury of over 100+ members of leading developers, designers, and architects. The company has been growing and bagging numerous awards since then for the innovation that it has brought in the market. Some of the most prestigious rising brand awards such as the Franchise India’s Magpie Estate Awards, Realty Fact, ZAK Award 2017 and 2018 for mentioning a few. Mr. Mario is immensely dedicated and believes in working hard as a core foundation. With his perseverance, he has been able to expand the presence of Lingel in all-around 21 major cities of India which in itself is deserving of praise. He is a thought leader who respects and is always well aware of the needs of his team members. In addition, he very strongly believes in the importance of time management and ensures that it is followed properly so that businesses can flourish. He lives on the motto, “On Time Every Time” and this motto is not just limited to him, his team also follows it religiously which is the reason why his team stands distinguished as compared to others. Amongst the multiple achievements that Mr. Mario’s has his name, he is also the President of the uPVC windows and door manufacturer association or the UWMA. He leads with examples in any venture that he takes up. He is also a voracious reader and an eloquent orator with an impeccable capability to speak on almost topics related to the industry. This capability of him has made him a panelist of many progressive discussions where he has expressed his views on topics related to many industries. It is his immense knowledge of products and vast experience in offering nothing but the best that has enabled him to make an indelible mark on the industry. Mr. Mario has also actively participated as a panelist at various events and has been closely associated with Ace Tech and ZAK. He is a visionary who possesses a progressive farsight and has been a pioneer in the market of smart doors and windows. What makes a perfect manager and a leader is the fact that he always encourages everyone to inculcate knowledge, learn, and grow. He is the kind of leader who shares his vast wealth of knowledge everywhere he goes. A man of a great sense of humour and positive discourse, Mr. Mario goes about everyday tasks with a peaceful mind. His energetic and vivacious nature has helped him take in his stride various projects and assignments with success. He is also passionate about music and really enjoys attending live music shows. He believes that a leader must strongly set examples for his employees to emulate and so he practices what he preaches and puts in action too. If there is an ideal example of a man with a perfect mind, then it is none other than Mr. Mario. The Brand Story honours the remarkable achievements and inspiring mental strength of Mr. Mario Schmidt. Mr. Abhay Kaushik, the Editor in Chief and Director, The Brand Story, shared, “Mr. Mario Schmidt is a perfect example of the kind of mind that inspires others to create a successful life. Calm yet proactive in his daily life, Mr. Mario continues to serve as a motivation for millions out there. The way he has garnered success with an impeccable innovation in the Indian market has set high standards for the youth of not just India but the world.  The Brand Story feels honoured to award Mr. Mario with the title of “India’s Top Mind 2020.” Disclaimer: The views, suggestions and opinions expressed here are the sole responsibility of the experts. No Forbes India journalist was involved in the writing and production of this article.