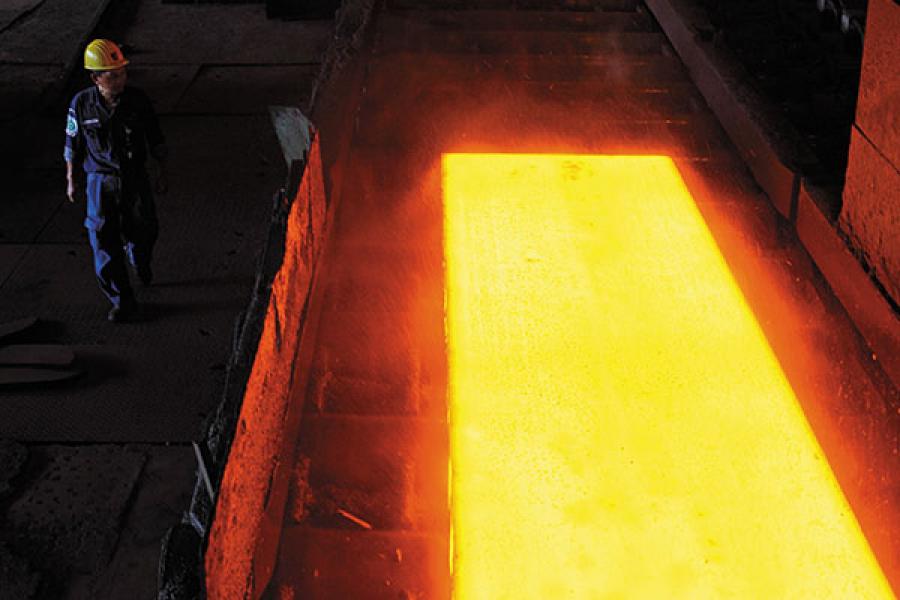 With most companies in the domestic steel sector struggling amid rising debts, slowing demand and scarce raw materials, saving Rs 4,250 crore in the setting up of a new steel plant is significant. Equally important is completing the construction of the plant and commissioning it within five years, especially when big names in the sector have nothing to show for projects they signed in 2005.

Interestingly, there is a ‘foreign hand’ in this twin achievements of Kolkata-based Electrosteel Castings Group, whose unit Electrosteel Steels is operating a new plant in Bokaro, the industrial district of Jharkhand. The company roped in Chinese steel major Laiwu Steel Group to construct the plant and maintain it till production is ramped up to capacity (this could take up to two years). Ninety-five percent of the equipment was imported from China. The steel plant is not just the first in India to be built entirely with Chinese collaboration, but also probably the first to be constructed by a Chinese workforce—almost 2,000 Chinese workers built it. The plant has a capacity of 2.5 million tonnes a year. “We will add another million tonnes of capacity,” says AV Shah, chief sales and marketing officer, Electrosteel Steels.

“Traditionally, Indian steel companies have relied on German suppliers for equipment and technology to set up plants. Had we followed the same route, the equipment alone would have cost us at least 30 percent more,” Shah says. The Chinese are also known for “fast execution of projects”. “If not for almost a year that we lost because of the work being held up, we would have completed the project much earlier,” he says. Work had been stalled due to “visa problems” faced by the Chinese workers.

Not far from the Electrosteel plant is the site of the proposed mega project of ArcelorMittal, the world’s largest steelmaker. Though the company signed an agreement in 2005 with the local government to set up the plant, the project is facing delays in acquiring land. Shah says that although Electrosteel acquired about 2,000 acres for its project, the plant needs less than 700 acres, which is less than what a plant usually needs.

“Indian steelmakers have been sourcing equipment from China for sometime now,” says AS Firoz, chief economist, Joint Plant Committee, a research body set up under the ministry of steel. But the purchase—made to reduce the overall debt burden—has been limited to a blast furnace or a sinter, and not a complete plant. “Although we appreciate the lower capex per tonne, benefits will be known once the plant is fully operational,” wrote Bhavesh Chauhan and Vinay Rachh of Angel Broking in a note in late 2012. Right now, only one of the three blast furnaces is fully operational.

This could well be the litmus test for Electrosteel and its Chinese partner. As experience from the power sector has shown—rising use of Chinese equipment was marred by complaints of faults—all eyes will be focussed on this Bokaro plant until all its units function at full capacity.