CCI, The Cement Cartel of India

The cement cartel, according to the Competition Commission of India

While the Competition Commission of India’s stunning penalty of Rs 6,307 crore on 10 top cement companies might have put other sectors including tyre and steel on high alert, it also provides an interesting insight into the cement industry

THE CEMENT INDUSTRY IN INDIA 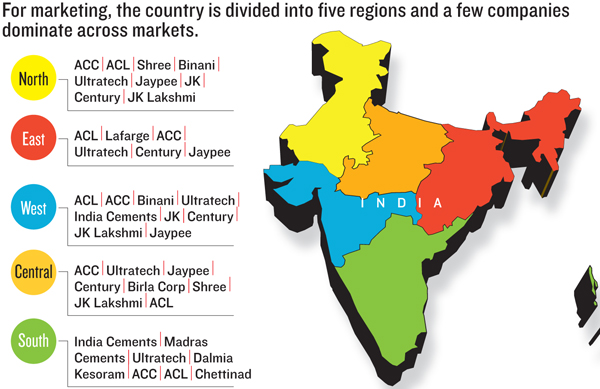 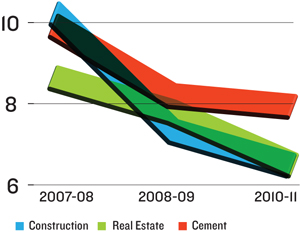 WHAT THE COMPETITION COMMISSION OF INDIA FOUND AMISS
1. Creating artifi cial scarcity Alleged that these top producers—10 companies named—have colluded to lower capacity utilisation every year from 2008 to 2011, even though installed capacity increased. 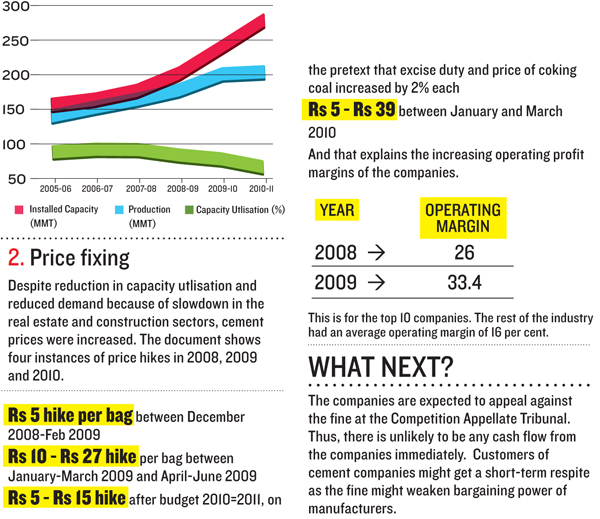