The seventh Rugby World Cup is underway in New Zealand and is being watched by four billion people across 238 countries. Here’s a pointer or two about the game 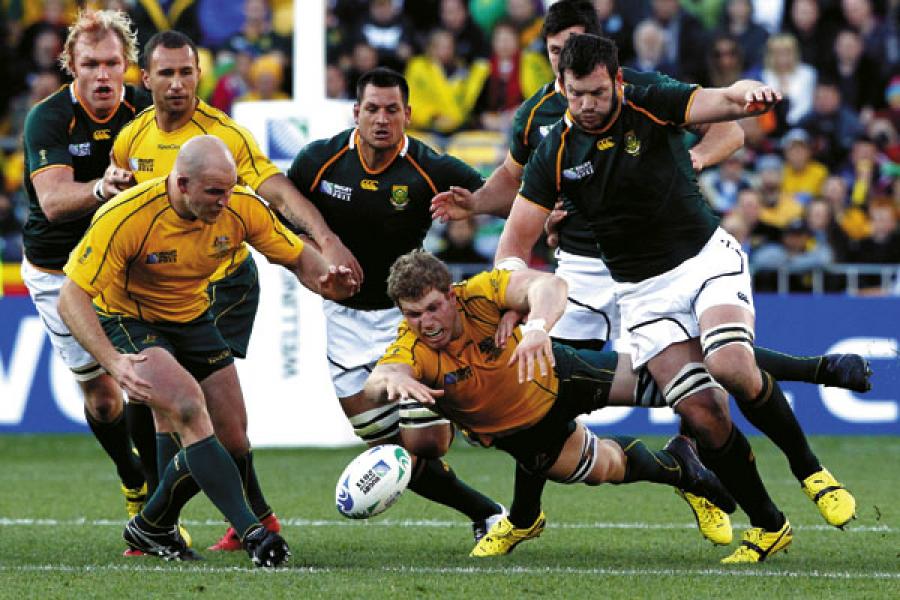 1. Rugby was invented in 1823. Legend has it that William Webb-Ellis, while playing a game of football at Rugby School, Warwickshire, England, picked up the ball and started running with it. Now, what new game would we get if someone did that in basketball?

2. The rules of Rugby, however, took another half-a-century to formalise (in 1871), while the first ever Rugby World Cup took yet another century to be organised (in 1987, Australia and New Zealand).

3. The original balls for the game were made by a couple of shops close to the Rugby School. They were made of leather casing and pig’s bladder. It is believed the ball gets its shape from the bladder itself. The size of the ball varied with the size of each bladder. And physically blowing air into the bladder was not a job that many wanted to do!

4. Rugby found its way to India surprising early, with a scratch match or two played in Calcutta and Madras during the visit of HMS Galatea in 1871. The Calcutta Cup was subsequently named after a match held on Christmas in 1872, between 20 English players on one side and 20 Scottish, Irish and Welsh players on the other.

5. Though the Indian Rugby Football Union was formed more than four decades ago (1968), the national team’s performance has been nothing short of dismal at the international level. It has won just six of the 26 international matches it has played between 1999 and 2009.

6. India’s most famous rugby star is, of course, Rahul Bose, also an actor. He was part of the country’s first national rugby team, the Orange India Rugby Team, to play at an international event. He has played half-scrum (which he claims is his favourite) and right-winger positions.