The Modi government's first Union Budget was high on hype and long in duration. We separate the wheat from the chaff 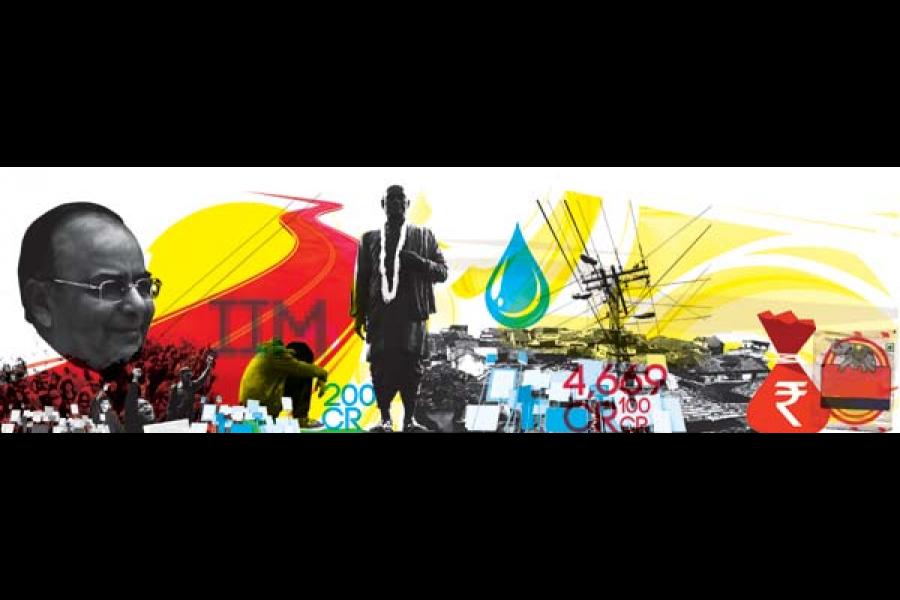 Minority Politics
In the 2014 parliamentary elections, the BJP managed to win only four out of the 24 seats in Northeast India, and yet again failed to open its account in Kerala; its claim of successfully wooing the minority vote was thus contested by other parties. The Union Budget has now recognised that fact. Besides allocating Rs 53,706 crore to the seven states in the region, Finance Minister Arun Jaitley also announced a new TV channel and sports university in Manipur. Down south in Kerala, though the Malayalees will be disappointed that the state lost out on an AIIMS facility, a new IIT campus will gladden them. Not to mention the considerable Christian population that will be pleased with the proposed development of Velankanni (a Christian pilgrimage destination in neighbouring Tamil Nadu). The FM also hiked the budgetary allocation for minority-related schemes by 15 percent to Rs 4,669 crore. This includes Rs 100 crore for the modernisation of madrassas.

More IIMs, IITs and AIIMSes
American economist Jeffrey Sachs once wrote, “I saw first-hand, repeatedly, how India’s ability to take advantage of the new IT possibilities resulted from its longstanding investments in higher education, especially in the Indian Institutes of Technology.” There is no doubt that India’s top public universities have produced many minds that have shaped the country’s development. However, as more and more top institutions are commissioned, the pressure to maintain quality increases. Plus, there is an acute land problem. There have been numerous cases of campuses lying incomplete for years, with students having to make do with makeshift facilities in nearby colleges. IIT-Bhubaneswar, for instance, has been hindered due to land acquisition problems and lack of infrastructure. In Andhra Pradesh, too, hundreds of acres of land are difficult to procure. Attracting and retaining high quality faculty has also been a challenge for institutions far away from big cities: IIM-Shillong is an example.

Increase in Sin Tax
Much of the debate surrounding the hike in taxes and duties on cigarettes has been on whether raising the price of tobacco products will deter consumers. Unlikely. But it will surely benefit government coffers. The new tax rate is expected to fetch an additional revenue of Rs 3,800 crore. Also, squeezing tax revenue out of cigarettes will mean consumers switching to cheaper, untaxed and often unregulated products such as beedis. Egyptian President Abdel-Fattah el-Sisi has introduced a flat tax on local and imported cigarettes to lower its budget deficit. Meanwhile, Cheng Li of the Brookings Institution estimates that China’s tobacco industry generates about 7-10 percent of the nation’s total tax revenue, far higher than India’s budgeted 0.28 percent. In Australia, which has already implemented strict packaging restrictions on cigarettes, increased tobacco excise is expected to generated over $5 billion in revenues over two years.

Statues and Controversies
There was outrage over the FM’s decision to allot Rs 200 crore for the Sardar Vallabhbhai Patel statue in Gujarat. The project, when completed, might cost 10 times more. Uttar Pradesh’s former Chief Minister, Mayawati, came under fire in the past for commissioning Rs 685 crore for statues of elephants, Dalit community leaders and herself at a park near Delhi. Public art and monuments have courted controversy across the globe. Even Michaelangelo’s timeless ‘David’ was vandalised in 1991, it was unveiled in Florence in 1501. In 1998, Turkmenistan’s President Saparmurat Niyazov spent $12 million to build a gold-plated self-statue to top the Monument of Neutrality in the capital, Ashgabat. Earlier this year, the US Department of State defended spending Rs 2.5 crore on the sculpture of a camel at the American embassy in Islamabad.

‘R’ for Rural
The FM mentioned ‘rural’ 29 times in his Budget speech (one of the longest in India’s history), indicating the government’s intent. From water, power and employment to long-term and short-term credit, roads and housing, Jaitley has promised India’s villages a makeover. The government decided to retain the UPA-initiated MNREGA scheme, the impact of which has been debated in BJP circles. Among the new initiatives announced is Digital India for broadband connectivity and IT infrastructure in rural areas; the National Rural Internet and Technology Mission for services in villages and schools and IT training; e-Kranti, a government service delivery scheme for Rs 500 crore.

Intent without a Roadmap
Dalal Street was disappointed that the FM did not scrap the retrospective tax. The BSE Sensex behaved likewise and dropped 300 points in a day (before making a smart recovery). His assurance that retrospective amendments to tax laws will be undertaken “carefully” is being seen as rhetoric. Investors were also confused about Jaitley’s measures that would help him reach a fiscal deficit target of 3.6 percent for 2015-16 and 3 percent for 2016-17. On the issue of GST, even though the FM stated that its rollout will happen in this financial year, a bigger question cropped up when JM Shanti Sundharam, head of the Central Board of Excise & Customs, told The Indian Express that her team had not been consulted. Also, the much-awaited Mines and Minerals (Development and Regulation) Act remains stuck. “The current impasse in the mining sector, including iron ore mining, will be resolved expeditiously,” said Jaitley.

Correction: This article has been updated. Michaelangelo's David was vandalised in 1991 and not earlier.