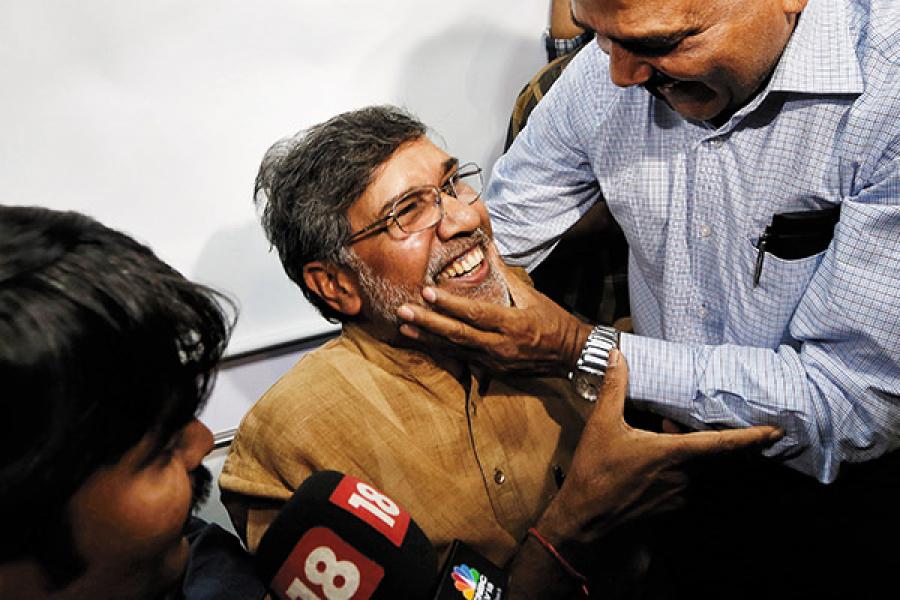 Indian children’s rights activist Kailash Satyarthi (centre) is congratulated by an unidentified man at his office in New Delhi on October 10, after he won the 2014 Nobel Peace Prize. He shared the honour with 17-year-old Pakistani, Malala Yousafzai, who was shot in the head by the Taliban two years ago for advocating girls’ right to education. In a career spanning over three decades, Satyarthi (60), who quit his job as an electrical engineer in 1980 to set up the Bachpan Bachao Andolan (a non-profit that works towards the elimination of child trafficking), is said to have saved nearly 80,000 children from the scourge of child labour. He is the first Indian citizen since Amartya Sen in 1998 to win the esteemed Nobel.