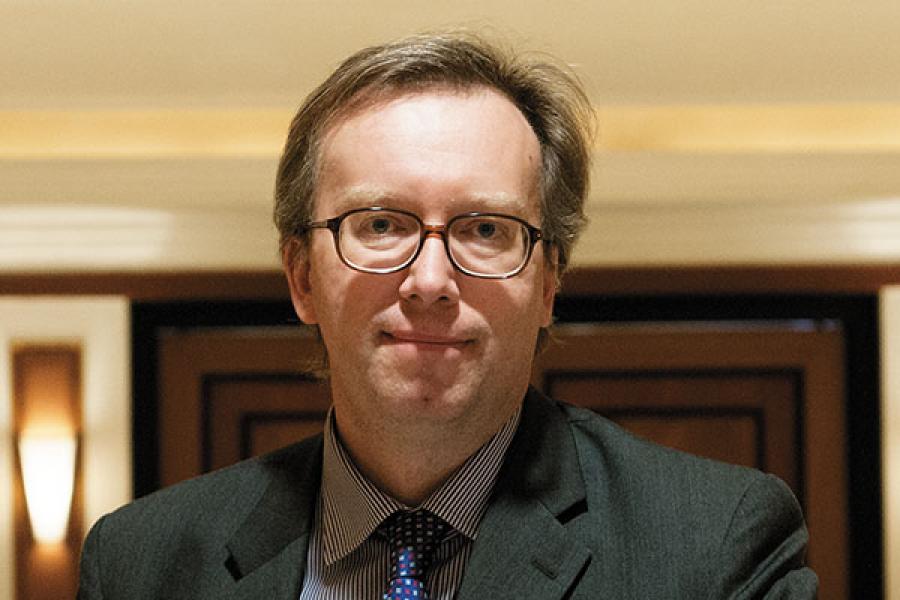 
Q. Do you believe that BRIC is a segregated story, with the countries having nothing in common?
A: When I started covering these markets, their total capitalisation was $200 billion. It is now approaching $5 trillion. In terms of long-run performance and market development, emerging market equities have been a huge success story with privatisation, new listings and so on, as also with BRIC, though those countries are very heterogeneous. In terms of pure economics, of course, China has pulled away from the others in scale and size. Its growth rate is still significantly faster than any of the others. China is now the largest market within emerging equities by far, at 22 percent of the MSCI Index. We project it to reach almost 50 percent in 10 years.

Q. How will the end of Quantitative Easing (QE)—the US Federal Reserve’s bond purchasing  programme aimed at economic stimulus—affect emerging markets?
A: I don’t think emerging markets have been big beneficiaries of the third round of QE. They have been trading at relatively low valuations to history. The bigger beneficiaries have been Japan, from its own Bank of Japan actions and the S&P 500, which is trading at about 16 times price-earnings (P/E) multiple. That multiple for the S&P 500 is the highest in 10 years versus markets like China and India. As and when the Fed withdraws this accommodation, the S&P multiple may get affected. However, we think they will be relatively slow to wind down the programme.

Q. What do you think has worked for Japan and Abe-nomics?
A: At the end of last year, we began upgrading Japan and went bullish on the country because it has a large proportion of companies which are dollar earners, and a weak currency would actually help the stock markets. They also have a large weight in cyclicals like industrial, electronic and IT stocks. For a while, Japan has been our top-pick market globally, which is very unusual for us!

Q. How do you rate India?
A: India is at the top end of our ‘equal weight’ group of countries but it is not quite on our overweight proposition. What we like about India is that valuations are about 10 percent below long-run average levels on price/book multiple. Profitability is slightly below average but is picking up. Inflation, importantly, is coming down. The Wholesale Price Index is below six percent, which tends to be associated with the market experiencing relative multiple expansions compared to other markets. It is encouraging that the twin deficits are narrowing. I’m certainly happy to recommend owning India.

Q. What about other Asian markets?
A: We have recently upgraded Taiwan from underweight to equal weight and also recommend owning Indonesia and Thailand. The only Asian market we are outright underweight on is The Philippines. It is exceptionally expensive when compared to its history.

Tweets by @forbesindia
The Almighty Dollar and the Fallen Rupee
AirAsia: The Tony and Mittu Show