MNCs will have to disclose more about transfer pricing: KPMG's Sean Foley

OECD has called for changes in global laws to ensure profits are taxed in places of economic activity. The impact of this altered framework will be manifold 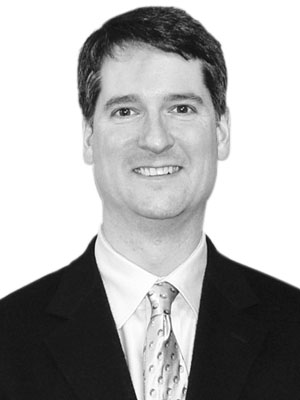 
Nations that rely on income tax from multinational corporations (MNCs) have long been plagued by base erosion and profit shifting (BEPS). This refers to shifting of profits from places where an economic activity takes place to low- or no-tax locations, resulting in little or no corporate tax being paid in either country. The Organisation of Economic Cooperation and Development (OECD) action plan calls for changes in international tax rules to ensure profits are taxed in places of the economic activity. KPMG’s Sean Foley discusses the possible impact of this framework.

Q. How will the BEPS plan, which could be implemented in India, impact transfer pricing?
It will impact it in at least three ways. First, it will create a lot of transparency and information. The recommendations require MNCs to provide more information on their transfer pricing and profit-allocation activities. Second, MNCs will need to disclose where the economic value is being added. Third, we anticipate that the first two changes will create more disputes, leading to more transfer pricing adjustments. And when you increase the profits earned by an MNC in India, you should have an offsetting somewhere else. That needs two governments to discuss and agree so that we don’t get double taxation. We are concerned that this will lead to more disputes, which can adversely impact international businesses.

Q. Pricing of intellectual property (IP) has seen a lot of disputes and the BEPS protocol specifically addresses this.
There are two areas where IP was the focus of BEPS. The first was on substance, i.e. who is controlling the development of the IP. On that, agreement was reached. But the area where agreement was not reached was on how to value IP. It is difficult to value things like brands, trademarks, goodwill and marketing lists. There was a view that we must have extraordinary measures, but governments could not agree on this.

Q. India and the US have the mutual agreement procedure treaty, under which companies have worked out advance rulings on their transfer pricing liability. How have such treaties worked?
The US-India discussions broke down. They were unable to agree on dozens of cases regarding adjustments made by transfer pricing officers. Last year, the US and India agreed on 70-odd cases. By 2015-end, the US said they would start accepting advance rulings. India has reached an agreement on transfer pricing liabilities with MNCs for, say, the next five years. It has done this with about 50 companies. So there has been some success.

Q. What transfer pricing issues do MNCs face in India?
Most operations in India involve routine functions like a BPO software development. MNCs do not think these add value. Indian officers have tried to set up adjustments far higher than the cost MNCs attribute to them. Here, the disputes are disagreements on the price of what is taxed and not on profit shifting.