Jayaprakash Narayan, who launched Lok Satta party in 2006, tells Forbes India that one has to make hard choices in politics right from the start 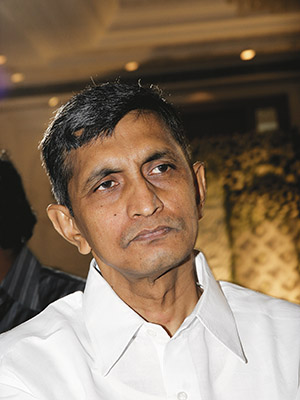 Q. Why is it difficult for a new political party with honest means to make a place for itself in India’s political scene? What are the obstacles?
Ours is a very fractious society. Caste, region, religion: The irrational factors that should not play a part in nation-building. When you and I talk about India, we talk about a nation which transcends all these factors. But the real India does not transcend these issues. For any sensitive soul it is a very painful thing to accept. You don’t like to confront these things. But the moment you become a political force you have to. It’s easy to blame political parties but once you become a party you face two hurdles: People who were with you until yesterday will say, ‘No, it’s all bad and therefore I don’t want anything to do with you’. The second problem arises when you take up issues like corruption. Who in India would say I don’t want to fight? It’s like motherhood and apple pie. But the moment you come into politics you have to make hard choices. You cannot be everything to everybody all the time.

Q. In your own experience as a leader of the Lok Satta party what was the single biggest challenge you faced?
Getting leaders of quality and stature is the biggest difficulty. Even though we think about democracy in Western terms—committed people with an honest agenda, a slick and powerful campaign with people voting for them—we are far from that ideal. People [in India] are looking for a local champion who can take care of their day-to-day problems, starting from a case in the police station to getting a power connection or a birth certificate. They do not distinguish between an MP, MLC and municipal councillor. People want someone who has the capacity to solve these problems.

Q. How do you view the anti-corruption movement after Anna Hazare and Arvind Kejriwal decided to part ways?
There’s a lot of disappointment I know. But I’m sure eventually it will pave way for a better understanding of the political process and the transformation of parties that exist now, or creation of alternative political forces. This is part of a churning that is going on in the country at the moment.