Once China Catches Up-What Then?

China’s $8.22 trillion economy is now the second largest in the world 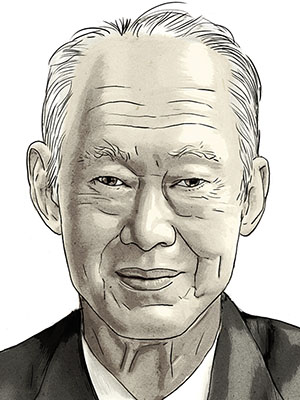 Barring any major disruption, the speed at which China is growing in terms of total GDP will enable it to catch up to the US by 2020. China will then go on to surpass America.

During the 1978–2011 period China’s high average rate of growth— about 10 percent annually—was the result of Deng Xiaoping’s 1978 trip to Singapore and his subsequent decision to implement economic reforms and open the economy to international investment. During that same period, the US economy’s annual growth rate was 2 percent to 3 percent.

Despite the financial debt crisis in Europe and the turmoil in US markets over the past few years, China’s economy has continued to register strong growth. According to the World Bank, China’s $8.22 trillion economy is now the second largest in the world, compared with the $15.68 trillion US economy. China is the world’s largest exporter and its second-largest importer. The recent global economic crisis has allowed China to close its economic gap with the world’s top developed nations.

China’s population in 2012 was 1.4 billion, America’s 316.5 million. In 2020, China’s population will remain four times that of the US. China’s economic growth rate will continue to increase at a much higher rate because the base upon which its economy will grow is enormous in comparison.

The Road to Growth
Just as the US Interstate Highway System changed the way people and goods move across America, so China’s National Trunk Highway System will facilitate economic development. China’s highways have grown rapidly in total length, from 271 km in 1990 to 85,000 km in 2011, making this the world’s longest national freeway system. The US Interstate Highway System—started in 1956 and considered complete in 1991— totals 47,182 miles (75,932 km). It is not expected to grow signifi-cantly going forward. China, on the other hand, continues to expand its expressways and is intent on connecting all provincial capitals and cities with populations over 200,000 residents. These new highways and the economic growth they will drive will help close the gap with the US. And when China does surpass America, the question then will be whether these two great major powers will co-operate or compete.

I believe that during the next 30 years the Chinese will have no desire to enter into a conflict with the US. They know they will continue to grow stronger, but they are also aware of how far behind they are technologically. They require continued access to American schools so their students can learn how to reinvent themselves.

What is it that makes Americans so much more versatile? I believe the Chinese have come to the conclusion that the answer lies in the differing natures of the two societies. Innovation and creativity are a part of the American culture, a natural trait of an immigrant society. But China’s is a culture of conformism. It is a 4,000- to 5,000-year-old society, with a written script that’s as readable today as it was 4,000 years ago.

Yet despite these differences, it is inevitable that the balance of power in the Pacific will shift to the Western side.

Lee Kuan Yew is a former Prime Minister of Singapore