Chloroquine is closely related to the more widely used drug hydroxychloroquine, which Narendra Modi approved export of to countries including the US last week, after a request from President Trump

By Katie Thomas and Knvul Sheikh 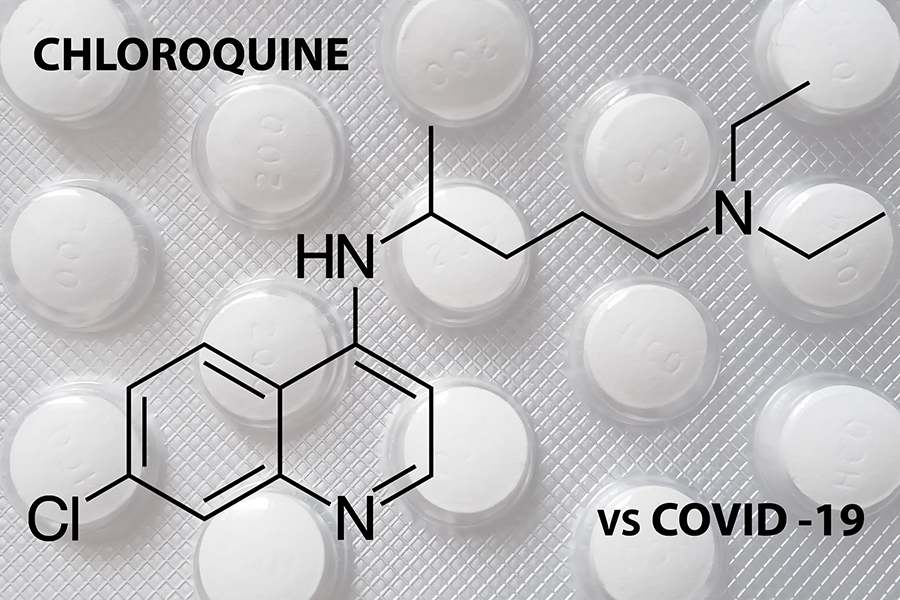 A small study in Brazil was halted early for safety reasons after coronavirus patients taking a higher dose of chloroquine developed irregular heart rates that increased their risk of a potentially fatal heart arrhythmia.

Chloroquine is closely related to the more widely used drug hydroxychloroquine. President Donald Trump has enthusiastically promoted them as a potential treatment for the novel coronavirus despite little evidence that they work, and despite concerns from some of his top health officials. Last month, the Food and Drug Administration granted emergency approval to allow hospitals to use chloroquine and hydroxychloroquine from the national stockpile if clinical trials were not feasible. Companies that manufacture both drugs are ramping up production.

The Brazilian study involved 81 hospitalized patients in the city of Manaus and was sponsored by the Brazilian state of Amazonas. It was posted on Saturday at medRxiv, an online server for medical articles, before undergoing peer review by other researchers. Because Brazil’s national guidelines recommend the use of chloroquine in coronavirus patients, the researchers said including a placebo in their trial — considered the best way to evaluate a drug — was an “impossibility.”

Despite its limitations, infectious disease doctors and drug safety experts said the study provided further evidence that chloroquine and hydroxychloroquine can pose significant harm to some patients, specifically the risk of a fatal heart arrhythmia. Patients in the trial were also given the antibiotic azithromycin, which carries the same heart risk. Hospitals in the United States are also using azithromycin to treat coronavirus patients, often in combination with hydroxychloroquine.

“To me, this study conveys one useful piece of information, which is that chloroquine causes a dose-dependent increase in an abnormality in the ECG that could predispose people to sudden cardiac death,” said Dr. David Juurlink, an internist and the head of the division of clinical pharmacology at the University of Toronto, referring to an electrocardiogram, which reads the heart’s electrical activity.

Roughly half the study participants were given a dose of 450 milligrams of chloroquine twice daily for five days, while the rest were prescribed a higher dose of 600 milligrams for 10 days. Within three days, researchers started noticing heart arrhythmias in patients taking the higher dose. By the sixth day of treatment, 11 patients had died, leading to an immediate end to the high-dose segment of the trial.

The researchers said the study did not have enough patients in the lower-dose portion of the trial to conclude if chloroquine was effective in patients with severe disease. More studies evaluating the drug earlier in the course of the disease are “urgently needed,” the researchers said.Several clinical trials for chloroquine and hydroxychloroquine are testing low doses for shorter periods of time in coronavirus patients. But the Health Commission of Guangdong province in China had initially recommended those sick with the virus be treated with 500 milligrams of chloroquine twice daily for 10 days.

One of the authors of the Brazilian study, Dr. Marcus Lacerda, said in an email on Sunday that his study found that “the high dosage that the Chinese were using is very toxic and kills more patients.”

“That is the reason this arm of the study was halted early,” he said, adding that the manuscript was being reviewed by the journal Lancet Global Health.

Dr. Bushra Mina, the section chief of pulmonary medicine at Lenox Hill Hospital in Manhattan, said the study would most likely not change his hospital’s practice of giving a five-day course of hydroxychloroquine and azithromycin to hospitalized patients who were not severely ill. Mina said patients are monitored daily for heart abnormalities and the drugs are stopped if any are found.

He said the study showed “if you’re going to use it because you have no alternative, then use it cautiously,” he said.

Tweets by @forbesindia
This startup modified its AI prison monitor to fight Covid-19
A planet on pause: The 100 days that changed the world