Bigbang, the first Korean act to land on our Celeb 100, pulled in $44 million this year, offering a window into the campy K-Pop genre—and a blueprint for making money on music anywhere in the world 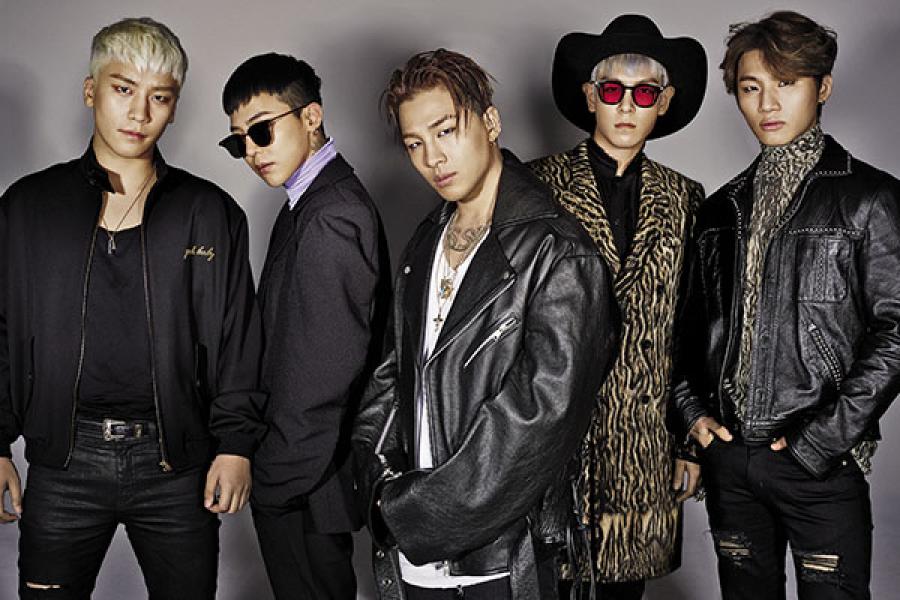 As record executive Joojong Joe weaved through the packed crowd at the 19,000-capacity Honda Center in Anaheim, California, there to see Korean boy band Bigbang, he spotted a young Russian woman crying. She couldn’t explain why. Confident that she wasn’t in any actual distress, he moved on.

“It’s like the Backstreet Boys back in the day,” Joe says with a shrug. “A lot of people cry.” Even, it turns out, a Russian obsessed with five androgynous Korean boys. Such is the reach of the hottest global pop genre, the campy Korean variant known as K-Pop.

The top act in its niche, Bigbang took home $44 million in pretax earnings over the past year, easily more than the $33.5 million collected by today’s highest-paid American all-male arena pop group, Maroon 5. Bigbang landed the No 54 spot on our Celebrity 100 list, even topping such artist-entrepreneurs as Dr Dre (No 63, $41 million) and Jimmy Buffett (No 66, $40.5 million), though that’s more attributable to the popularity of the group’s music than the depth of its members’ business savvy.

“We made more than Maroon 5?” says front man Kwon “G-Dragon” Jiyong, 27, through a translator. “Did not know that. My mom is in charge of my earnings.”

Fortunately the group’s finances are being guided by much more than a mommy manager. The real force behind Bigbang is former K-Pop idol Yang “YG” Hyun Suk and his namesake company—a $630 million publicly traded record label, talent agency and concert promoter with fingers in pies from fashion to marketing to film. The company and its founder are responsible for creating not only Bigbang but also, to a great extent, the modern K-Pop movement, which is in the midst of a transformation from regional staple to international craze.

Within YG’s roster, examples abound. Girl group 2NE1 sells out arenas around the world and even did an Adidas commercial with Nicki Minaj, while the video for ‘Gangnam Style’, from pop-rapper Psy, holds the all-time YouTube record, with 2.6 billion views since its 2012 debut. That sort of virality wasn’t possible a decade ago, when K-Pop was available beyond Asia mostly via illegal download or at specialty record stores.

“In the past there were limitations to distributing and accessing music,” says Yang, whose company is on pace to do a quarter-billion dollars in revenue this year. “Now in the digital age, those geographical boundaries are insignificant.”

If the rise of K-Pop seems a relatively recent phenomenon, that’s because it is. American influence came to the peninsula in earnest during the 1950s with the Korean War and its aftermath, as troops staying in the area exposed locals to Western pop and rock ’n’ roll. But it wasn’t until the 1990s that those influences combined with European electronic music, American hip-hop and existing traditional Asian genres, coalescing into the beginnings of modern K-Pop.

Yang grew up in this milieu, spending his high school days emulating the music of Soul Train and practising the dance moves of Michael Jackson. In 1992, singer Seo Taiji came to Yang to learn how to dance; they teamed up with a third member to create Seo Taiji and Boys, which married hip-hop and catchy melodies. Their first hit, ‘Nan Arayo (I Know),’ made Rolling Stone’s list of the best boy band songs of all time. 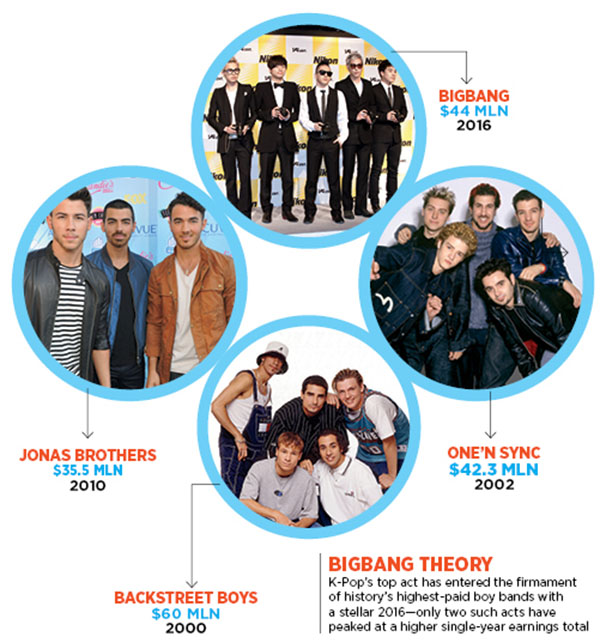 At the height of Seo Taiji and Boys’ popularity in 1996, Yang walked away to launch YG, where he created a K-Pop factory. One of his early charges was G-Dragon, who started receiving musical training from him around the age of 12, along with future group member Dong “­Taeyang” Youngbae. After the pair survived an American Idol-style TV competition, Yang did what Simon Cowell would later do with One Direction: Pair them with fellow contestants to form a boy band calibrated for maximum appeal.

The band made its debut in 2006 and embarked on a gruelling schedule, releasing six albums in the next six years—two in Korean and four in Japanese—with English lyrics sprinkled throughout for good measure. YouTube then took them global. “Didn’t make us money,” says YG’s Joojong Joe. “But still it was good exposure.”

YG is vertically integrated, collecting cash not only from record sales but also from acting as a combination of manager, concert promoter and talent agency. The strategy, not unlike the one adopted more recently by Jay Z’s Roc Nation, means YG isn’t dependent on income from recorded music, which makes up just 25 percent of its revenues. YG makes just as much from live music as it does from recordings, thanks in large part to Bigbang: The group has been grossing an average of $2.6 million per city on its recent Made world tour.

“Fans are queuing or camping around venues, often starting more than 24 hours before the show,” says Yongbae Cho, managing director of concert promoter Live Nation Korea. “With Western artists we tend not to see these kinds of phenomena.”

Despite Psy’s international breakthrough and Bigbang’s explosive earnings, K-Pop is still largely a regional industry when it comes to cash, at least as far as YG is concerned. South Korea accounts for 40 percent of revenues, while the bulk of its international audience comprises Japan (36 percent) and China (20 percent). Even so, Western brands are circling the genre: LVMH paid $80 million to buy 12 percent of YG in 2014. Additional cash may be coming from the South Korean government, which has been in talks with YG on a $100 million entertainment-focussed construction project outside of Seoul. The proposed joint venture aspires to become the Studio City of K-Pop, complete with a mall, concert venues and recording studios.

The next prize lies in North America, with its abundant modern arenas and free-spending crowds. Though the US makes up only a single-digit portion of YG’s sales, top acts are selling out arenas on both coasts, prompting some major players in Hollywood to get involved. Psy and one of the stars from the 2NE1 girl group have been scooped up by Scooter Braun, whose management roster includes Celeb 100 veteran Justin Bieber and 30 Under 30 honoree Martin Garrix. (YG still handles the two K-Pop idols’ non-US business.)

Remarkably, Bigbang has earned far more than Garrix and almost as much as Bieber. That might come as a shock to most, but not to Yang. “I am not surprised by their success,” he says. “I was certain that they were going to be loved by everyone in the world.”