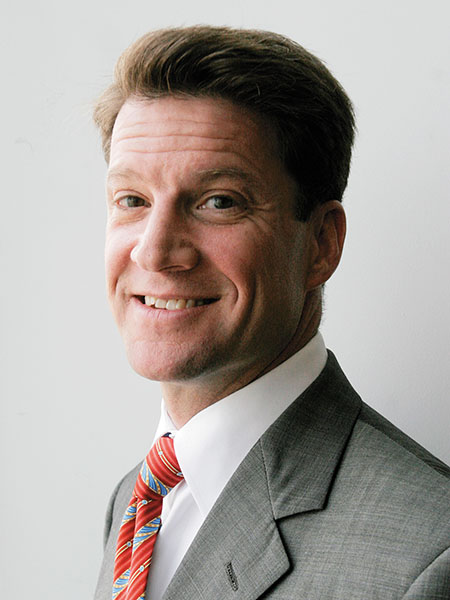 
It’s Friday night and The Uncommons in Manhattan’s Greenwich Village is running at full tilt. A few dozen people—kids, college students, adults—fill every corner of the meandering space that’s part café, part game shop. Seated shoulder to shoulder, they fill the room with the sounds of Magic: The Gathering, the 26-year-old collectible card game owned by Hasbro, the world’s most valuable toy company.

In an age of Fortnite, League of Legends and stadium-filling esports tournaments, the chatter seems to come from another time. Players arm themselves with decks of 60 cards, each one featuring a deadly fantasy creature or a fiendish spell, with 20,000 unique cards up for grabs. It’s easy to learn but infinitely deep. More importantly for Hasbro CEO Brian Goldner, it has a rabid, and profitable, following. In total, some 38 million people have played Magic since its release in 1993, and in 2017, the game accounted for an estimated $500 million in sales, according to KeyBanc Capital Markets.

“We’ve always been a management team that’s taken the longer view,” says the 56-year-old Goldner, who joined the Pawtucket, Rhode Island-based company in 2000 as the head of toys and games, and took over as CEO in 2008. “Any moves we make in the future, it’s with an eye to where the consumer and audience is going to be in three to five years, not three to five weeks.”

Goldner has built his career both by carefully stewarding old franchises like Magic and Dungeons & Dragons and by turning toys like My Little Pony and Transformers into television and movie stars. Goldner calls it the “brand blueprint” strategy: Nurture your own brands, build audiences around them and push them onto riskier, but more lucrative, platforms.

He sold off Hasbro’s factories, pushing all of that messy, low-margin manufacturing work onto third parties. Revenue hit a record $5.2 billion in 2017, the year before Toys “R” Us died and Hasbro saw a 12 percent drop in revenue. Even in that annus horribilis Hasbro managed to eke out a profit of $220 million on revenue of $4.6 billion. That same year, its archrival Mattel lost $531 million on revenue of $4.5 billion. Under his leadership, Hasbro shares have returned twice that of the S&P 500, hitting a record high in July. In all, Goldner’s performance has been good enough to earn him the 96th spot in our first ever ranking of America’s most innovative corporate leaders.

He is not resting on his laurels. Goldner made a huge move, spending $4 billion in late August to buy Entertainment One. The Toronto-based film and TV production company is known mostly for owning Peppa Pig and PJ Masks, cartoon favourites of the pre-school set. The two properties pull in almost $2.5 billion of retail sales and are a nice addition to Hasbro’s My Little Pony and Play-Doh. Better yet, Peppa Pig and PJ Masks are not only beloved stories, they also represent the potential for future Hasbro toy sales. As Goldner can attest after his flopping with movies based on Battleship and Jem and the Holograms, it’s much easier to start with a great story than with a great toy.

Back when Goldner joined the company, stories weren’t Hasbro’s business. They manufactured toys, and revenue was increasingly reliant on outside ideas, like licensing Pokémon, and tethered to a holiday shopping season that left managers holding their breath until Thanksgiving, when sales began to pick up steam.

“People were asking, ‘Why is that essential?’ and ‘Does that add more volatility?’” Goldner says. “You actually have more volatility when you’re relying on other people to provide you all the entertainment for your portfolio.”

Goldner, after being named COO, tapped Transformers as a place to prove it. The line of miniature cars that can be converted into bipedal robots had been a huge hit with kids since the mid-1980s, thanks in part to a popular television cartoon. Goldner turned his sights to a much bigger screen. Attach characters like Optimus Prime to a Hollywood blockbuster and things could really soar.

Steven Spielberg got it. A fan of the toys, the billionaire director signed on to produce the movie, and would spend planning meetings carefully positioning the action figures on a table and taking shots with his phone as they talked. The film was directed by Michael Bay and debuted in 2007, with Goldner and Spielberg as executive producers. It did $710 million in global ticket sales and increased Transformers toy sales by a factor of five. Goldner was named CEO the following year.

The son of an electronic engineer-and-teacher-turned investor, the Long Island native is a boundlessly energetic self-labelled geek who can flip conversations seamlessly between everything from building radios to canoeing. He is no stranger to adversity. Just as things were starting to click at Hasbro, he was diagnosed with prostate cancer, which he revealed to investors he’d been treated for in 2014. A year later, his adult son died of an opioid overdose.

By buying Entertainment One, he’s just taken on a hefty new challenge. Hasbro shares plummeted when the deal was announced, some saying he overpaid for two pre-school properties and others focussed on the risks of owning a media company outright, rather than hiring one to tell your stories. Entertainment One’s content library, worth $2 billion, also comes with adult-skewing properties that don’t lend themselves to selling more toys, such as TV shows Criminal Minds and Sharp Objects.

There is reason for scepticism. In 2009, Hasbro invested $300 million in Hub, a children’s TV network that was a joint venture with Discovery Communications, and has little to show for it today. A push to make GI Joe into a movie star made for decent box office sales but didn’t move the needle on sales of the action figures. Other films just tanked. And the company has suffered repeated black eyes with efforts to further exploit Monopoly, arguably it’s most iconic property, including a recent attempt to create a socialist-themed version of the canonical board game of capitalism.

But then there’s Magic, which Goldner’s team has rejuvenated in conjunction with Wizards of the Coast, the Hasbro subsidiary based outside of Seattle that also oversees Dungeons & Dragons. The card game had its best year in 2018, fuelled by an expansion into digital that began with Magic: The Gathering Arena, a free-to-play video game that some feared would cannibalise the core tabletop product. So far, those fears have proved unfounded. Still not officially launched and lacking a mobile version, its soft launch has significantly boosted its audience on Amazon’s game streaming platform, Twitch, and viewership is up by 120 percent year over year.

KeyBanc Capital Markets analyst Brett Andress estimates Arena pulls in $75 per user. He expects the free version will have almost four million players by year-end, a promising step toward bringing lapsed players back to the game. An animated Netflix spinoff series from Joe and Anthony Russo, the duo behind the Avengers: Endgame, is in the works.

The Transformers films are also thriving, with two sequels pulling in $1 billion each worldwide. A television series, My Little Pony: Friendship Is Magic, became a massive hit among children and, surprisingly, older viewers, known as “bronies”.

The rise of social media helped Hasbro turn the game Pie Face, a 1960s throwback, into what market researcher NPD says was Hasbro’s bestselling toy in the US in 2016, due to viral videos, like one of a grandfather and grandson having laughing fits, which drew 205 million views on Facebook.

These new efforts are funded in part by a 2014 coup that saw Hasbro steal the license to produce Disney Princess toys from Mattel. Euromonitor estimates the rights brought in $441 million for Mattel in 2014. Despite the new emphasis on owning its own intellectual property, Hasbro hasn’t abandoned the licensing game. Third-party partnerships, including Disney’s Marvel and Star Wars franchises, make up 21.5 percent of Hasbro’s revenue.

And things are far from perfect in the toy industry, which NPD reckons generates $90.4 billion in annual sales. Not only is Toys “R” Us a shell of its former self—the struggling retailer remained an important sales channel even in the era of Amazon—but the threat of Chinese tariffs is making 2020 look uncertain. Hasbro currently outsources about two-thirds of its manufacturing to companies in China.

So the move into media could prove prescient. The streaming wars are picking up and players like Netflix, Hulu and Disney+ are all on the hunt for fresh properties. Goldner says the acquisition will help Hasbro create content out of its smaller properties, while bigger brands will still get the Hollywood touch, including Transformers films, which are produced by Paramount under a five-year deal signed in 2017.

Stephanie Wissink at Jefferies estimates the acquisition could boost Hasbro revenue by more than $1 billion and operating income by more than $200 million.

“People are looking for high quality content that has great story and canon and characters,” Goldner told Forbes the day after it was announced. “We of course have that in spades.”

Tweets by @forbesindia
Hypertension in Indians
Thoughts on luxury