The EV revolution continues to charge ahead 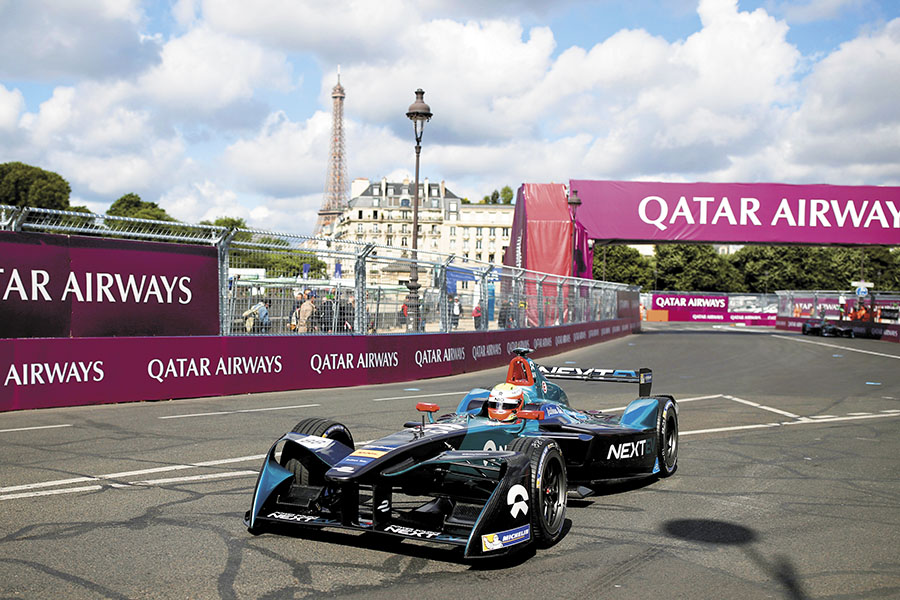 Formula E, the electric-race-car event, wrapped up its third season in July, and the Chinese team Techeetah claimed its first E-Prix victory, a significant achievement. Teams are now gearing up for season four of the global Fédération Internationale de l’Automobile (FIA) Formula E Championship, to kick off in Hong Kong. Racing will take place along the scenic Central Harbourfront beginning December 2.

Adding to the excitement, Mercedes-Benz and Porsche announced commitments to join the series in season six, signalling a seismic shift within the auto industry toward electric.

Of the ten participating international teams, two are Chinese-owned. A third, Faraday Future, a California-based automotive startup that surfaced in 2015, is heavily bankrolled by Chinese consumer-electronics conglomerate LeEco.

The three teams have different approaches to the motorsport. Techeetah belongs to Seca, a sports-and-entertainment company based in Shanghai. Seca owns football clubs and streaming rights to sporting events, but it isn’t so involved on the technical side. “They’re interested in the growth of the series, in growing a new sport,” says team principal Mark Preston, who has 15 years’ experience in F1 with McLaren and Arrows. While Techeetah’s powertrain is built by Renault in Paris, Preston believes that having a Chinese brand in the series helps further promote electric vehicles (EVs) to consumers. “If China becomes the leader in EVs,” he says, “it’s going to drive down the cost of batteries and technology needed to make EVs more prevalent around the world.”

China is already leading the way. In May alone, there were 40,000 new EV registrations, a 49 percent increase over the same month last year. Twice the number of electric cars were sold in 2016 in China than in the US, with manufacturers like Warren Buffett-backed BYD, BAIC and Zhejiang Geely leading the charge. Geely made an all-cash purchase of Volvo from Ford for $1.3 billion in 2010, the largest overseas acquisition by a Chinese automaker. Volvo recently announced all new models will include an electric motor beginning in 2019. The decision makes the Swedish giant the first major car brand to end production of pure combustion engines.

Chinese companies are throwing their weight behind battery power on all fronts. Private equity group China Media Capital, the parent company of Seca, has officially become a shareholder in FIA Formula E. “There will be some races on the mainland in the near future...definitely it’s coming,” says Preston.

The other Chinese contender in the electric race is NextEV, better known as NIO, a road car brand with an unusual story. It emerged on the scene when it debuted its supercar, the EP9. With 1,360 horsepower, the vehicle quickly broke five records for the fastest lap car in the world. The team has evolved since season one, when it was named Team China Racing.

Prior to 2016, the NIO brand produced no vehicles, but it has since manufactured ten EP9s out of its factory in Nanjing, with six more expected to be delivered. “We have no history in terms of ICEs [internal combustion engines], hybrids. We are purely electric-vehicle manufacturers,” says Gerry Hughes, team principal of NextEV. The startup unveiled its seven-seater SUV at the 2017 Shanghai auto show. The car will officially be launched in the fourth quarter. “We’re just on the cusp of becoming a mass producer of electric vehicles. Provisionally in China and going global. But certainly starting in China.” For NextEV the ES9 is meant to bridge the gap between race cars and road cars, because ultimately NIO aims to be a mass-market, user-friendly enterprise.

NIO has also ventured into self-driving technology, with both the EP9 as well as its concept car, Eve. The company counts internet giant Tencent, search engine Baidu and PC maker Lenovo among its many deep-pocketed investors. And with the Chinese government on its side in encouraging alternative, sustainable energy approaches, NIO may be poised to take on Tesla, with its first consumer car set to go into production in 2018.

Formula E allows car companies like NIO to showcase their electric technology on a global scale. For the time being, however, batteries don’t have enough energy capacity to cover the distance of a full race. Thus each team has two vehicles, with a pit stop to switch cars, as in years past. Hughes points out that a few car companies have shied away from the series for this very reason. “BMW has openly stated they don’t want to be involved in the championship until they can have just one car in the race,” he says.

E-Prix will return to Hong Kong with a doubleheader for a second year on the urban circuit as the EV revolution continues to charge ahead.

Tweets by @forbesindia
Markets begin Samvat 2074 on muted note, but experts say equities still have steam
Zebpay and its big bet on bitcoins