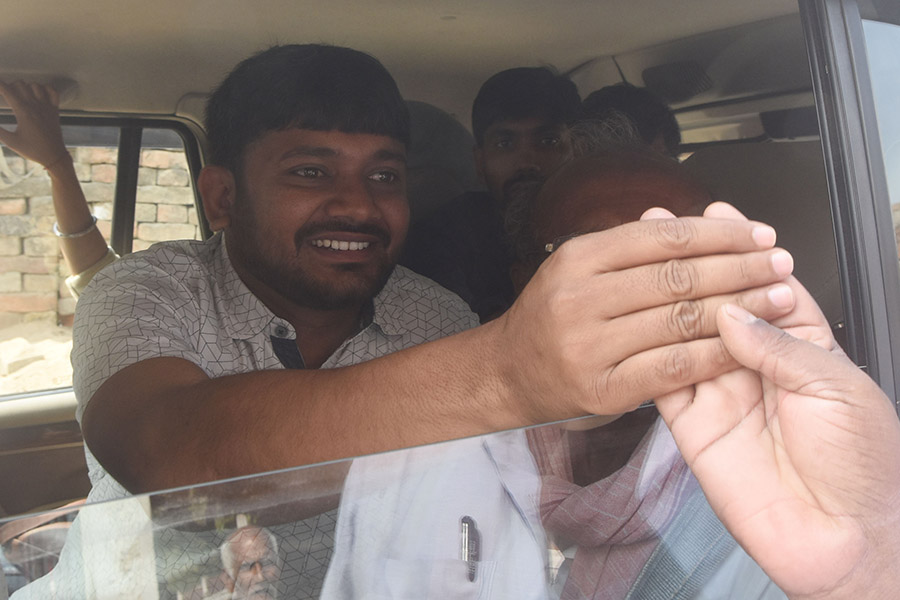 While BJP veteran Giriraj Singh has taken a clear lead in Bihar’s high-profile Begusarai constituency, many a working class voter is ruing that their homeboy Kanhaiya Kumar is trailing.

Begusarai came into limelight when the Communist Party of India (CPI) announced it would be fielding Kumar, the former president of Jawaharlal Nehru University Students' Union (JNUSU), from the constituency. He had burst onto public consciousness in February 2016 when Delhi police arrested him on charges of raising slogans supporting the secession of Kashmir and organising an event in support of Parliament attack convict Afzal Guru.

Kumar hails from Bihat village in Begusarai district and has caught the imagination of the local public after he became the president of the prestigious JNUSU overcoming his humble beginnings. His political knowledge and oratory skills, which came to be known through multiple media appearances since 2016, won him many supporters.

Contesting against Kumar are the BJP’s Singh and Tanveer Hasan of the Rashtriya Janata Dal (RJD). Singh, 66, is from the Bhumihar caste, which is present in a sizeable number in Begusarai. He had won the last general election from Nawada, another Bhumihar-dominated constituency, and is now a minister of state (independent charge) in the current Union cabinet. Singh is among the many who had labelled Kanhaiya and his JNU brethren anti-national. Hasan had contested from Begusarai in 2014 as well but lost.

When counting began at 8 am and news channels started their live coverage, almost every person on the streets of Begusarai was glued to his or her smartphone. Shopowners with TV kept their sets outside for public viewing. As reports of early trends started trickling in and word spread that Kanhaiya Kumar was leading, there was a sense of vindication among the working class.

Munna Shaw runs a sweet shop at Patel Chowk. He is an ardent supporter of the Congress but this time he voted for Kumar. As he prepares boondi to make laddoos, he says the CPI candidate earned his vote because he was young and had a vision.

A farm labourer this correspondent spoke to said Kumar raised issues like unemployment and low income for workers that are relevant for common men like him. But halfway through the conversation and a cup of tea, results from the second round of counting began to pour in and his mood turned.

And so of much of Begusarai’s.

At the CPI office, party workers and members were watching TV since morning. As a worker asked for an update, another muttered almost in a sunken voice, “He is 20,000 votes behind Singh.”

By 10.30 am, about 50 persons had gathered at the party office in Patel Nagar. Most of them were footsoldiers for Kanhaiya and now appear despondent. As the day wore on, Singh’s lead began to widen. “40,000 votes,” a worker announced. “Please speak in a hushed tone. Those who will hear this will lose their mind,” his colleague advised him.

Meanwhile, the BJP camp had an upbeat atmosphere. One tea shop owner at Kutchehri Road, who had voted for Singh, said he was happy he was leading. “The result is a testimony of what the Narendra Modi government has delivered. Now, the opposition should not threaten the BJP with Rafale.”

(The author is Patna-based freelance writer and a member of 101Reporters.com, a pan-India network of grassroots reporters)