Pay Per Use - Making Sustainable Profits 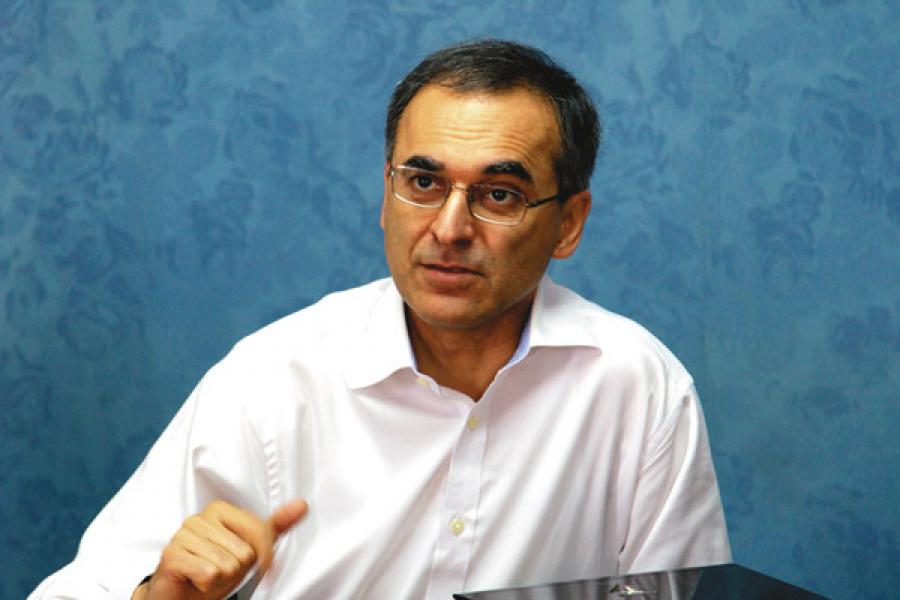 
We, as citizens and as businesses, are placing unprecedented pressure on our critical life support systems which are the fundamental components driving our global economy. Our relentless pattern of ‘over-borrowing’ from earth’s natural capital base—i.e., water, land, forests, biodiversity, which underpin human well-being and economic activity, including agricultural crops, fossil fuels and mineral deposits—is leading us on a path of irreversible damage and self-destruction.

So how do we start putting an economic value on nature and the services it provides? First, we have to measure the value of negative externalities so that they can be properly managed. Second, we have to transform the way corporations think. In other words, encourage new business practices that are sustainable rather than continuing to adhere to the “business as usual” scenario.

In recent years, a number of initiatives and financial products have been emerging that aim to integrate natural capital (and human capital) and its services into all levels of decision making.

One is through the TEEB (The Economics of Ecosystems and Biodiversity) study, a major global initiative which aims to end the economic invisibility of nature by helping stakeholders and beneficiaries recognise the value of biodiversity and ecosystem services (BES) and the benefits that nature provides to the economy. This paramount study calculated that the economic value of services being lost on a planetary level—including water purification, pollination of crops and climate regulation—amounts to $2-5 trillion per year, with the worst impacts felt by the poor.

Following the international TEEB study, governments across the world are now looking to translate the global TEEB findings into their national contexts, with India and Brazil taking the lead.

However, to be successful, countries need to also look beyond the conventional methods of accounting such as GDP. One alternative method that is gaining momentum is “green accounting”, whereby countries incorporate nature’s goods and services into their national accounts. This is done by quantifying the value that ecosystems bring to their economies via accounting for its use, growth or decline. In 2011, former environment minister Jairam Ramesh announced that India would begin the process of valuing its natural capital and ecosystem services by applying economics, using TEEB as a guiding framework. In line with the TEEB approach, India has also committed to developing a framework for greening their national accounts by 2015. Under current practices, for example, while the income from harvested trees for timber wood is recorded as income in national accounts, depletion of forests and their services is not seen as a loss in capital. Moreover, no consideration is given to ancillary risks such as lower air quality, soil erosion and flooding, which may have significant consequences for the wider economy.

There is also a need for businesses to quantify and value their impacts on BES, in order to manage these risks and opportunities. For instance, continued rapid loss of biodiversity may further compromise future supplies of ecosystem services and associated economic output. A study done by Trucost for the United Nations Principles for Responsible Investment estimated the negative externalities (or third-party costs to society) generated by about 3,000 of the world’s largest publicly listed companies at close to $2.2 trillion per annum, or one-third of their profits. This can clearly make the difference between profit and loss, but in this case they were externalities (mainly greenhouse gas emissions, water extraction and air pollution) and were not accounted for.

Simply put, it makes good business sense for companies to integrate BES into their value chains. For instance, public awareness on BES loss is increasing; this in turn increases pressure on business to continuously review their value chains to ensure continued access to the market, security of supply and protect against reputational risk. As per the Edelman Trust Barometer for 2012, public’s trust in businesses across the globe has taken a backseat (falling from 53 percent in 2011 to 47 percent in 2012); reflecting the growing public disenchantment with current business practices. While over half the public expects businesses to ‘protect and improve environment,’ only 26 percent believe that they are doing so.

As a result, across the world, new business models are emerging that deliver BES benefits on a commercial basis by enabling frameworks that stimulate opportunities for private investment and entrepreneurship. The TEEB Business Coalition is one such framework.

The Coalition was conceived in order to answer the key question of how to achieve a shift in corporate behaviour to preserve and enhance natural capital. To this end, the Coalition has adopted a three-tier approach—i.e., convening parties, identifying main business impacts and developing a framework for the future and changing corporate behaviour.

Facilitating and enhancing collaboration among businesses and organisations is of paramount importance, and the current core convening parties of the Coalition include the ICAEW (Institute of Chartered Accountants in England and Wales), Accounting for Sustainability, IUCN (International Union for Conservation of Nature), Conservation International, WWF-UK, UNEP as well as businesses, trade bodies and professional and civil society organisations.

The Coalition’s approach hosts a list of key deliverables that businesses should target when addressing BES impacts. Businesses must  first identify the risks they face as a result of BES losses followed by finding ways to identify, avoid and mitigate the impacts of businesses on BES. Businesses must also align their business imperative to deliver profits with the conservation and sustainable use of resources and finally, explore BES as the basis of new opportunities. Simultaneously, businesses should engage with their peers, government stakeholders, NGOs and civil society to encourage an increase in BES protection through improved guidance and policy.

By embodying a TEEB for Business approach, risks are likely to reduce and new markets for BES can emerge. Market opportunities include biodiversity offsets, bioprospecting contracts, carbon offsets and tradable permits including PES (payments for ecosystem services) programmes and certified products (i.e. agriculture, forestry and fisheries). The global market for eco-labelled fish products, for example, grew by over 50 percent from 2008 to 2009, to a retail value of $1.5 billion and sales of certified “sustainable” forest products increased four-fold between 2005 and 2007.

Over the last decade, India has emerged as a leading actor on the international stage, with major Indian companies moving abroad on an unprecedented scale. According to India Brand Equity Foundation, Indian businesses made outward investment to the tune of $80 billion between 2000 and 2010. As a result, the response of Indian businesses to sustainability concerns is of increasing importance and collaborations such as the TEEB Business Coalition provide essential linkages to global partners and consumers.

At a national level, India is not endowed with sufficient natural capital in comparison to the population it supports. Home to around 18 percent of the world’s population, it only has 2.4 percent of the planet’s landmass, 4 percent of fresh water resources and about a percent of the world’s forests. Businesses in India need to adopt a new business paradigm which enables rapid economic growth without compromising the capacity of ecosystems to sustain, nurture and fuel economic development and human well-being. Such a paradigm can help businesses re-assess and improve CSR strategies to ensure that their core businesses deliver sustainable development and build production and supply chains that generate positive externalities.

The TEEB Business Coalition is a unique opportunity for businesses across the globe to come together and transform how they themselves, the policymakers and the public perceive their activities and gauge their contribution to the economy, to ecosystems and for human well-being.

Tweets by @forbesindia
Vishy Anand - In Russia, Without Love
The Cost of Shoes