Paras Chowdhary tells Forbes India that though the global tyre industry is dominated by three-four players, there's scope for smaller companies like Ceat to thrive 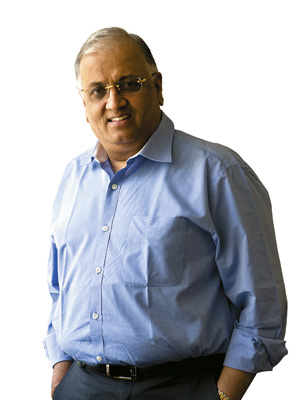 Paras K Chowdhary
Age: 60
Designation: Managing Director, Ceat
Education: Physics (Hons) graduate, St Stephen’s College, New Delhi
Career: Has been MD of Ceat since 2001. Started his career with DCM in 1972 as a management trainee and then joined Apollo Tyres in 1975 where he spent 23 years.
Interests: In the last 40 years of work life, he never found time to develop serious interests; but likes to travel and read. Now he wants to spend more time with family.

Q. So you have decided to call it a day at Ceat…
Well, I’d decided a long time back that when I am 58, I should call it a day. I became a CEO pretty early in life. At 36, I was designated as whole-time director and president of Apollo Tyres. So, it has been a long innings including the last 11 years at Ceat. I told [Harsh] Goenka that you have to name a successor so that I can leave peacefully. That happened two years ago, [and] he named his son as the deputy managing director. Last two years he’s been looking at operations and I have been guiding him, but now the time has come for me to go.

Q. How do you view Ceat today, compared with when you joined the company?
Look, when I joined the company, it was struggling in every sphere of management. Net sales was less than Rs 1,000 crore and the worst was that the company had no money at all. The factories were ailing and we needed huge amount of modernisation. The product quality was poor and unfortunately the company’s promoters were not able to help with any additional financing. So, the first job was to survive. By 2003-04 it was clear we will survive, then the job was to turn around the company and making it profitable and after that growing the company. So, this year the turnover should be about Rs 4, 500 crore but the capacities we have created is good for Rs 6,000 crore. So, that’s the growth which has happened in the 11 years time from Rs 1,000 crore.

Q. But the tyre market is still tough business?
The markets have always been and will be tough because India is not a closed economy anymore. And don’t forget that globally the tyre business is highly consolidated and three or four players have more than half of the world market. So, naturally beyond a certain growth point you come in conflict with world majors. So, this scenario will be there, but there is always a way to figure out how to, when to and where to grow.

Q. How do you look at Anant Goenka taking over the role of managing director?
I think he is very mature and intelligent. He has had a very good grooming and education and he has been here for some time. He had spent about two years at Ceat in the earlier avatar and last two years he has been the deputy managing director, and he has worked for five years in other companies also. So, I think he is ready to take over. I am sure he will do well and I wish him all the best.

Tweets by @forbes_india
Letter From The Editor: How to Study Human Endeavour
The Mudra Dance Festival at NCPA