Mining has Become Infamous Because of Lack of Governance 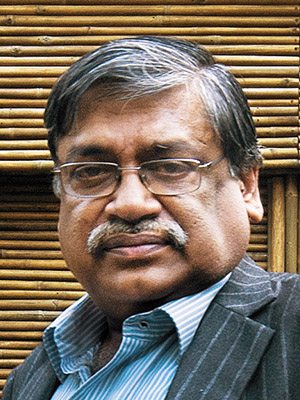 
Q. You spent close to three decades in Sesa Goa—now Sesa Sterlite. What do you remember most about this stint?
I have spent 27 years in Sesa. When I joined the company in 1987, it was operating only in Goa and the volume of iron ore produced was less than 3 million tonnes per annum. In 2010-11, (the last financial year before my retirement), the volume went up by over six times; geographically, too, we had expanded and had operations in Karnataka and Odisha as well. Further, when I joined the board of Sesa Goa, its net worth was less than Rs 200 crore and its market capitalisation was around Rs 100 crore. In 2013, the net worth had gone over Rs 17,000 crore and market capitalisation was at Rs 13,500 crore after reaching a peak of Rs 39,000 crore in March 2010.

[But] even as I talk about the highlights, I must admit that in the last two years or so, iron ore mining in India faced gigantic regulatory issues with the ongoing stoppage on mining in Karnataka for over two years and in Goa for over 18 months. Other than its pig iron business, all Sesa activities came to a standstill and it lost more than Rs 25,000 crore in market capitalisation.

Q. Having been in a sector that few gave importance to, mining is now considered important from a strategic point of view. But it has also become infamous in India. Do you think India has missed an opportunity to become as prosperous as mining majors Brazil or Australia?
Absolutely. I think mining was always important. If a country has to grow, it must focus on manufacturing. India is blessed—moderate climate throughout the year, coastlines on three sides, huge population and, above all abundant natural resources in the form of coal, iron ore, bauxite, zinc, mineral oil and gas. But it is a pity that India continues to struggle economically. As you have seen, the states which are blessed with natural resources are the poorest. The same is the case with India, being much poorer as compared to countries that have no natural resources—Brazil and Australia not only have the resources but also the appropriate regulatory regimes to unleash the power of those resources. 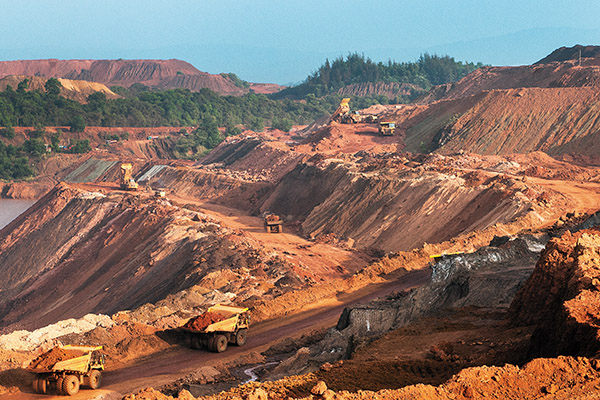 Image: Vikas Khot
Sesa Sterlite is in the business of exploration, mining and processing of iron ore

Mining has become infamous in India simply for one reason—lack of governance. It is one of the highly regulated industries where the regulations were drafted either without knowing how to administer them or with the absolute lack of will power to do so. And when China started guzzling resources for its own growth, suddenly all the minerals became quite pricey and, overnight, the mining business became very attractive. So with high profit on one side and lack of governance on the other, every Tom, Dick and Harry, be it politician, village head, bureaucrat, policeman, or a transport contractor, started baking the cake when the oven was hot. And in such a situation, what can one expect? Definitely not ‘Ram Rajya’! As a result, NGOs, many of which are funded by unknown sources (people allege such sources include funds from India’s competitors in the world market), started filing PILs [public interest litigations, although many critics call it private interest litigations] and our courts decided to look into various aspects of the so-called infamous sector by stopping all mining activities in one stroke. And that is where we are today.

Q. Even as mining was banned in Goa and other states, you had maintained that not every miner has knowingly flouted regulations. Do you think illegal mining could have been countered in another way?
Illegal mining is being treated in the courtrooms and it is not correct to give an opinion on sub judice matters. I can only say, yes, there are various ways of handling such alleged illegalities. Each of our laws has prescribed the consequences of non-compliance to its various provisions. If that be the case, it is very difficult to understand the rationale of banning mining across the board.

Q. What are your plans for the future?
Your interest in football and music is well known. True. At the moment, nothing else is on my mind!

(This story appears in the 02 May, 2014 issue of Forbes India. You can buy our tablet version from Magzter.com. To visit our Archives, click here.)