After five million deaths, what will be the pandemic's future path?

According to the experts, global immunity against Covid-19 will be built layer upon layer, with vaccines adding to immunity from natural infections 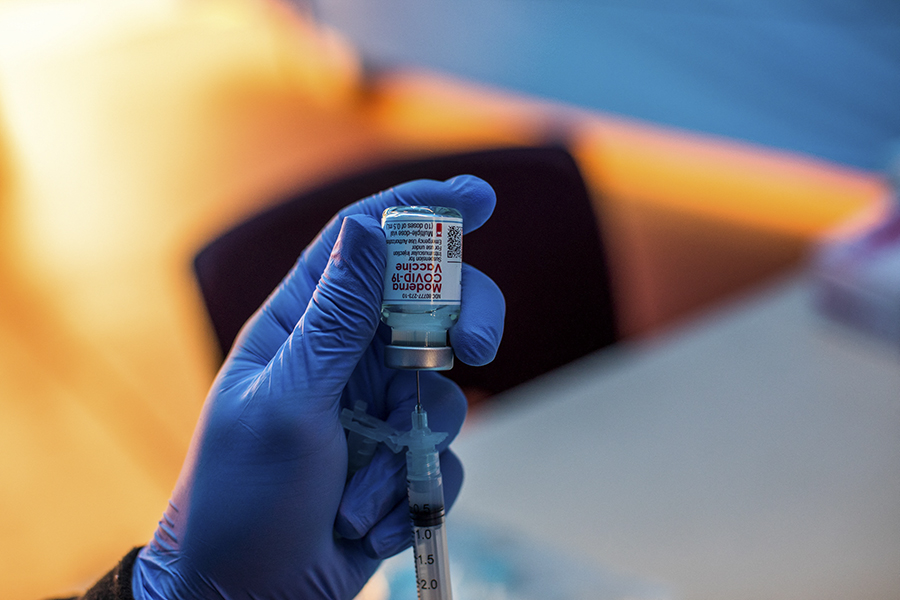 The biggest fear is the emergence of new variants resistant to vaccination.
Image: Apu Gomes / AFP

With the world poised to hit more than five million people officially dead from the coronavirus, experts tell AFP the pandemic's future path will depend greatly on vaccinations.

The true number of fatalities is believed to be far higher than the five million based on daily reports provided by health authorities in each country.

The World Health Organization estimates the overall toll could be two to three times higher than official records due to the excess mortality linked to Covid-19.

The Economist magazine looked at excess mortality and concluded around 17 million have died from Covid.

Whatever the case the death toll is lower than from other historic pandemics such as Spanish flu—caused by another novel virus—that killed 50-100 million in 1918-1919.

AIDS has left more than 36 million people dead over 40 years.

Nonetheless, Covid has "caused a lot of deaths in a short period", said Jean-Claude Manuguerra, a virologist at the French institute.

"It could have been a lot more dramatic without all the measures taken, particularly restrictions on movement of people and then the vaccinations," according to Fontanet.

Have we hit a plateau?

The emergence of a virus usually happens in two phases, Fontanet explained.

First "an explosive epidemic phase" when the virus spreads through a population which had never been in contact with it before.

During the second phase it "settles down" as immunity is built up and becomes endemic.

With Covid, "it's the first time in the history of pandemics that an effort has been made on a global scale to speed up the transition" between the two phases, Fontanet said.

The acceleration has been enabled by vaccinations.

"It has allowed the population to acquire immunity artificially against a virus it had not known and thus to do in 18 months what normally takes three to five years with a lot more dead," he said.

That's why the next stages will vary according to the level of vaccination in each country and the efficacy of the vaccines used.

"We are probably several months away from the time when there will be a safety net everywhere. The problem is to know if it will be sufficiently strong enough.

"This virus will still be circulating. The target today is no longer its elimination but protection against the serious types." Fontanet said.

"The idea is that Covid leads neither to hospital or the cemetery," added Manuguerra.

The face of the pandemic is expected to change with the wave after wave so far witnessed fading in industrial countries where most people are vaccinated. Surges will above all hit the non-vaccinated.

"For industrialised countries, I believe we are heading for seasonal Covid epidemics, which will perhaps be a little more severe than the flu epidemic in the first years before settling down," said Fontanet.

Global immunity will be built layer upon layer, he stressed, with vaccines adding to immunity from natural infections.

Other countries such as China or India with a strong vaccination capacity could follow a similar path.

Nations that adopted a zero Covid strategy to eradicate the disease face failure because of the highly contagious nature of the Delta variant.

They are today racing to inoculate everyone, said Fontanet, with the likely result Australia and New Zealand for example will quickly catch up.

More difficult scenarios await regions with limited vaccine capacity, such as much of Africa.

The strong resurgence in eastern Europe has confirmed that failure to vaccinate enough people exposes a population to "severe epidemics with an impact on hospitals", according to Fontanet.

While the current increase in cases in western Europe—despite high levels of vaccination—should make us cautious.

"You should not take a Europe-centric view: in a pandemic, it's the whole planet that has to be taken into consideration. And for the time being, the pandemic has not stopped," warned Jean-Claude Manuguerra.

What about new variants?

The biggest fear is the emergence of new variants resistant to vaccination.

Delta has swept aside previous variants including Alpha and has stopped new strains such as Mu or Lambda from spreading.

But more than totally new variants, experts now anticipate that Delta itself will mutate and may become vaccine resistant.

"Delta is the main virus. So statistically it's from there that we risk seeing a variant of a variant," said Manuguerra.

The British authorities are monitoring a Delta sub-variant dubbed AY4.2. There is no evidence for now that vaccines are less efficient against it.

"It's important to keep up with genomic surveillance," Manugerra noted, referring to efforts to detect different variants.

It allows "the emergence of variants to be identified quickly enough and to know if they are more dangerous, more transmissible and if immunity still works."

Tweets by @forbesindia
Photo Of The Day: Drumming to their own beat
Cigarettes could be on the verge of extinction in the next decade