Sports, sporting events and sportspersons to look out for in 2019 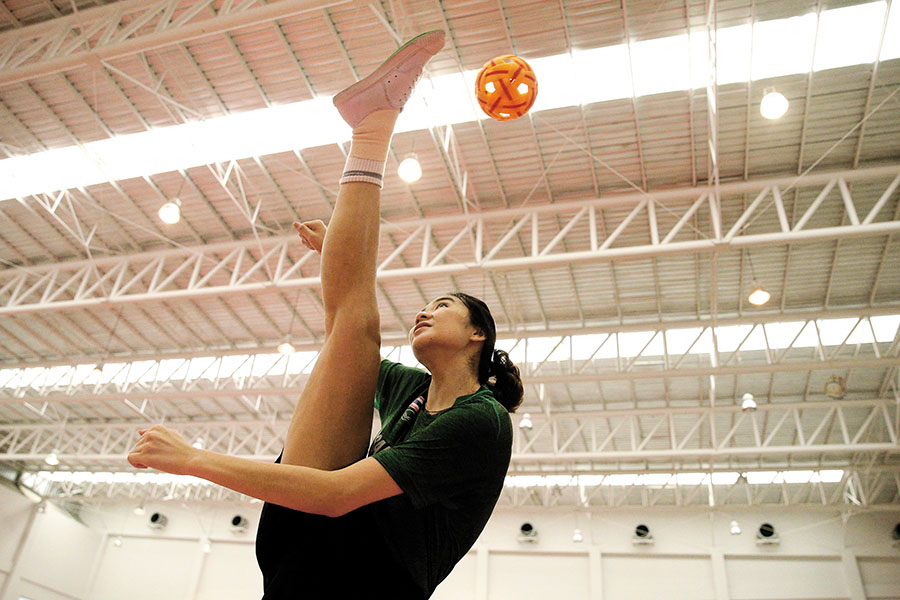 Image: Athit Perawongmetha / Reuters
Sepak Takraw
The National Games, which will be held from March 30 to April 14 in Goa, will see the inclusion of sepak takraw, a three-a-side sport (also known as kick volleyball) that is native to Southeast Asia. Players use a woven rattan ball (“takraw” in Thai), and are allowed to use their head, chest, knee and feet to touch it.

The sport, although not very widely known in India, is recognised by the Indian Olympic Association, and Indian teams (both men and women) have won bronze medals at international competitions, including the 2018 Asian Games.

Goa will also host the sepak takraw World Championship in February with participants from nearly 20 countries. 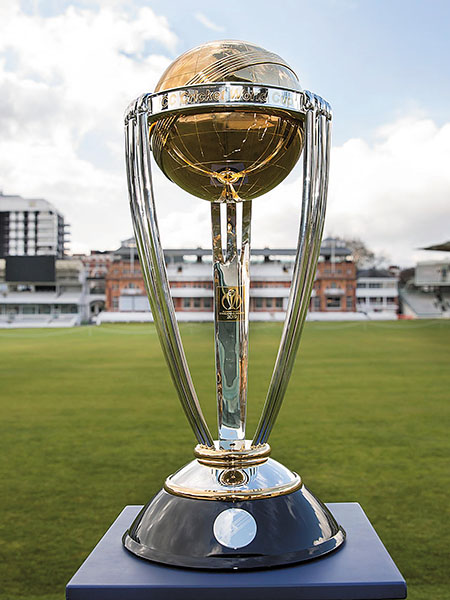 Courtesy: Davis Cup
Cricket World Cup
England and Wales will co-host the 12th edition of the ICC Cricket World Cup between May 29 and July 14. Ten teams, four less than the number featured in the previous two editions, will play each other in a round-robin format, from which the top four will move to the knock-out stage.

Through 2018, India has tested a number of batting and bowling combinations and chief selector MSK Prasad has recently announced that the team has zeroed in on 20 players for the quadrennial event.

With speculation about his retirement gathering steam, it could be one of the last major tournaments in which wicketkeeper and former skipper Mahendra Singh Dhoni turns up in national colours. 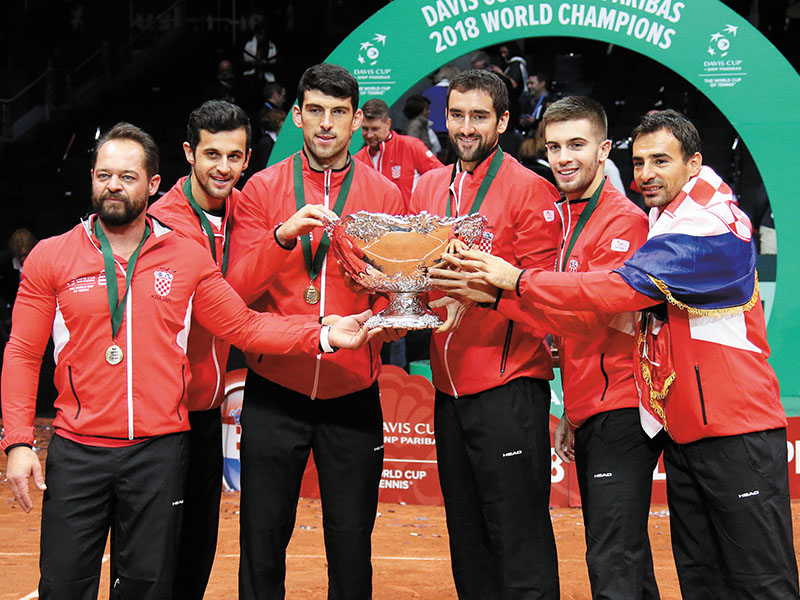 Image: Jean Catuffe / Getty Images
Davis Cup
In one of the most momentous changes since it started in 1900, the Davis Cup will, from this year, be played in a completely new format, with a week of qualifying matches in February and a season finale in Madrid in November. Twenty-four teams will play home and away matches in the initial round, out of which 12 will make it to the finals. Here, they will be joined by last year’s semifinalists (they are exempt from the qualifiers) and two wild-card entries who will fight for the top honour over a week.

The change in format is expected to be more inviting for top players who will not have to block four weeks of their schedule for this one tournament. However, the more important factor behind the drastic change is the promise of significant investments in the event—Gerard Pique (a Barcelona FC star) has committed $3 billion over 25 years, while Silicon Valley billionaire Larry Ellison has also come on board. 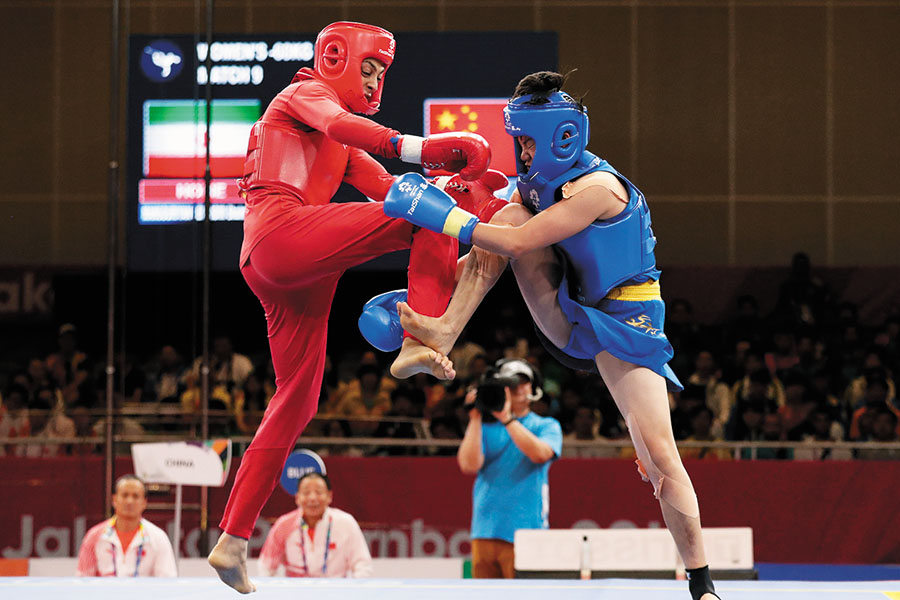 Image: Cathal McNaughtan / Reuters
Wushu
This Chinese martial art form has been included in the National Games from 2011, but is one of the lesser-known sports in India. Developed in 1949, in an effort to standardise various martial art forms in China, the sport has gained global recognition through the International Wushu Federation and its World Wushu Championship.

Wushu has two forms: Taolu, which comprises patterns, movements and techniques, and Sanda, a full-contact sport that has elements of boxing, kick-boxing and wrestling.

Manipur remains the most dominant state in the game in terms of the medal tally at the National Games: In 2011, the state won a total of 27 medals, including 14 golds. Manipur was also the leading performer in the 2015 edition with eight medals, including five golds, but the drop in its overall tally is also a sign of the sport catching up in other states. 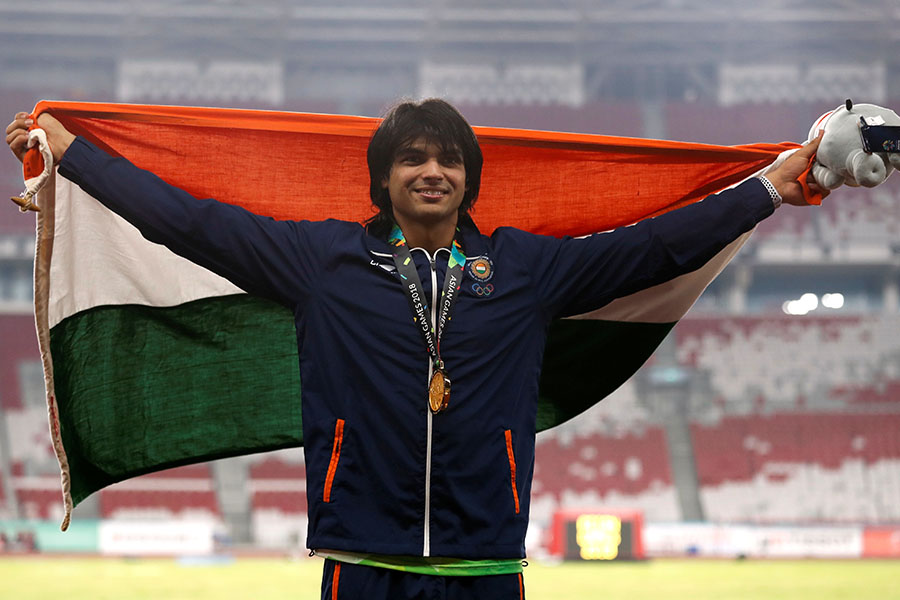 Image: Darren Whiteside / Reuters
Neeraj Chopra
Having won at the Asian Games and the Commonwealth Games in 2018, 21-year-old Neeraj Chopra will be competing at the Athletics World Championship in September-October, in Qatar. With a year to go for the Tokyo Olympics, his performance in Doha will serve as an indicator of his global standing, and his chances at the Olympics.

At the 2018 Asian Games in Indonesia, Chopra performed the sixth best throw in the world, at 88.06 m, inching ever so close to the coveted 90-m mark, while bettering his own previous record and setting a new national one. 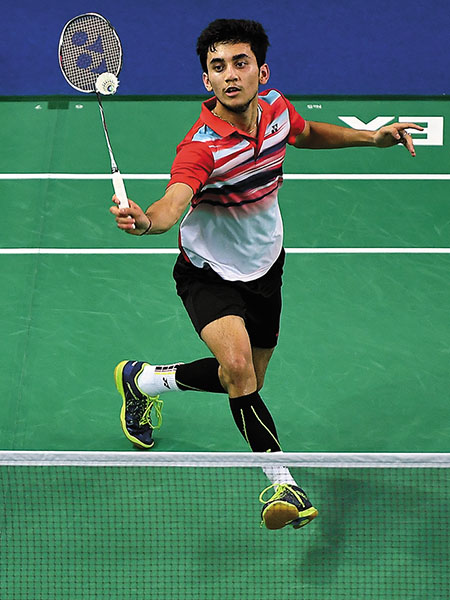 Image: Robertus Pudyanto / Getty Images
Lakshya Sen
With badminton catching popular imagination in India, and bringing home coveted international honours, Lakshya Sen becomes a name to look out for among the rising stars of the sport. Seventeen-year-old Sen became the No. 1 player in the BWF World Junior rankings in 2017, and followed it up with a win at the 2018 Asian Junior Championship, a silver at the 2018 Summer Youth Olympics, bronze at the World Junior Championship. He capped the year with a senior circuit win at the Tata Open in Mumbai.

With an eye on the Tokyo Olympics in 2020, he is looking to moving away to the senior level. His stint with the Pune 7 Aces in the Premier Badminton League, where he plays alongside top shuttlers like Carolina Marin and against higher-ranked ones, will help him in the transition.

This year will be trial by fire as Sen will have to play out of his skin to secure a spot in the 2020 Olympics.

Tweets by @forbesindia
Ten interesting things we read this week
Screen Test: Most anticipated films of 2019