Indians not particularly enamoured with music streaming platforms, prompting platforms like JioSaavn and Gaana to integrate video in their marketing strategy to get more users 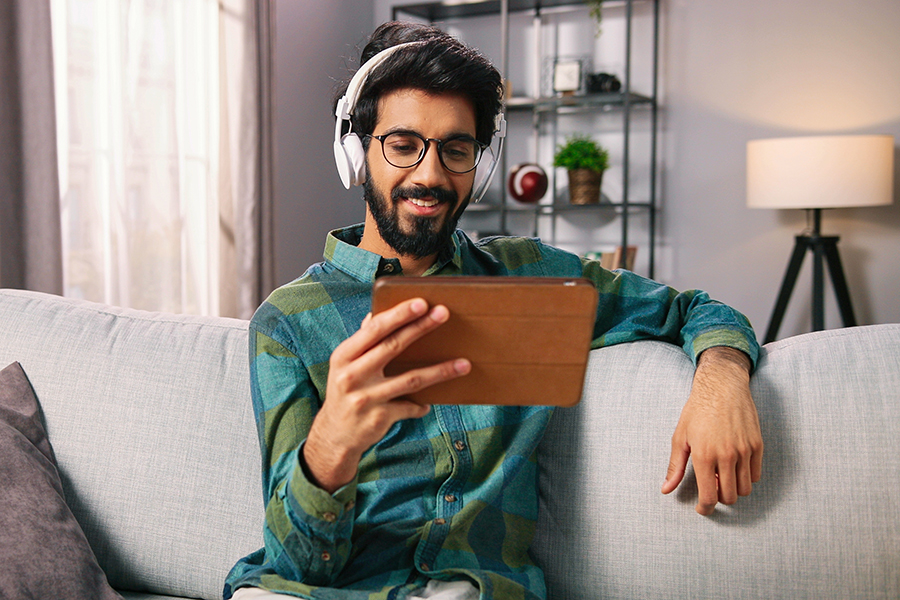 While India is known to be home to legions of music fans, they're not particularly enamored with music streaming platforms. And to see why, look no further than YouTube and other video platforms that the country's billions of inhabitants are fond of for watching music videos. Let's take a closer look.
Since its launch in 2007, JioSaavn has made it its goal to get Indians hooked on streaming music. And it's well on its way. The service counted 104 million monthly active users as of December 2019. It even quadrupled its paid subscriber base over the course of 2020, according to the trade publication Music Business Worldwide. But that's nothing compared to the billions of Indians who use YouTube and other sites like it every day to listen to music online for free.
A report by the Indian Music Industry looked at this phenomenon by surveying 3,000 internet users between the ages of 16 and 64. Almost all of them (94%) used YouTube or Vevo to listen to music in 2019. Many cite the lack of cost and wide availability of music, especially new and popular content, as major draws to these platforms. The presence of videos is also important to them, which is not surprising given the popularity of musical cinema in the country.
Integrating video into music streaming
Indian music streaming platforms like JioSaavn and Gaana are looking to incorporate this appeal of video into their marketing strategy to build user numbers. The industry's No. 2 player, JioSaavn, recently launched a set of features around music videos within the service, including playlists and the "Music TV" channel.
JioSaavn users can now access music channels and video playlists through the service's homepage. TV channels feature recommended videos one after another, while video playlists are sorted by mood, genre and artists. This new feature allows users to juggle between the videos they want to watch and the songs they want to listen to.
Before launching JioSaavnTV, the music streaming service had already tried its hand at video with Shorties. This feature allows artists to create 15-second music videos that loop while a track is playing on the platform. A format very similar to Spotify's Canvas, which can increase listens of a song by 120% according to the Swedish giant. Meanwhile, the Shorties feature registered 200 million views since its launch in June 2020, according to the Indian edition of Business Insider.
Not to be outdone, Gaana is also in the race of music streaming services innovating to include more video in their offerings. The platform launched the HotShots feature in its app in July to allow its users to create short viral videos... not unlike TikTok. A strange coincidence considering that the Chinese app was banned in India that same month. HotShots is currently not available on Gaana, which explains in a statement that changes are underway in the application and that the feature is no longer available to its users.

Tweets by @forbesindia
Startup Friday Episode 10: The duo building all-electric flying taxis
My restaurants are the stories I tell about the places I see: Chef Jose Ramon Andres Puerta