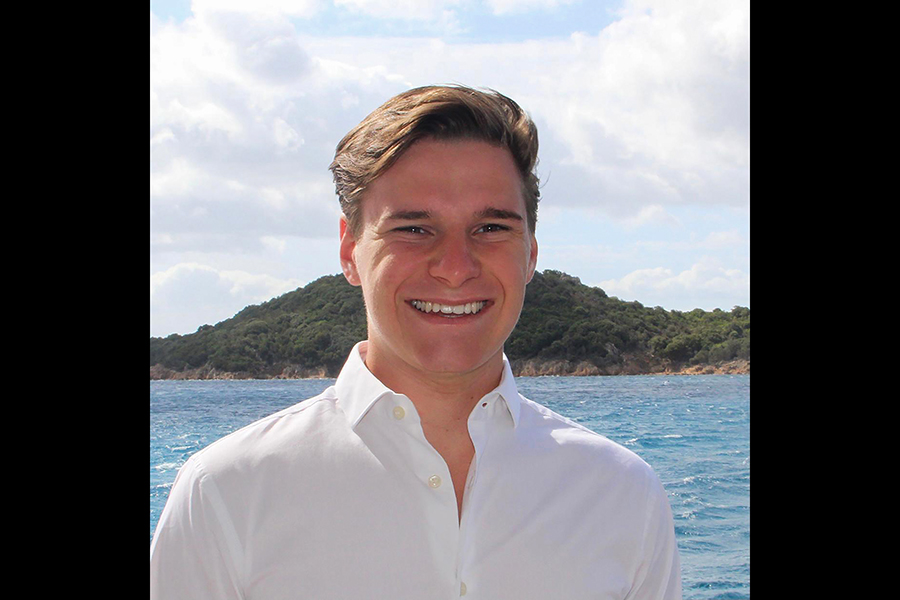 In an undated image provided by the Daemen family, Oliver Daemen, who would become the youngest person to visit space after taking a spot in Blue Origin’s first flight. Someone paid $28 million to not go to space with Jeff Bezos next week — instead, the 18-year-old from the Netherlands will join the flight; Image: Daemen family via The New York Times

Someone paid $28 million to not go to space with Jeff Bezos next week. Instead, an 18-year-old from the Netherlands will join the flight.His name is Oliver Daemen, and the flight would make him the youngest person ever to go to space.Bezos, who just stepped down as chief executive of Amazon, announced last month that he would be one of the passengers when his rocket company, Blue Origin, conducts its first human spaceflight. The flight is scheduled for Tuesday, to coincide with the 52nd anniversary of the landing of Apollo 11 on the moon. It is to follow Richard Branson’s flight to the edge of space this past Sunday in a rocket plane built for the company he founded, Virgin Galactic.

When Bezos made the announcement, he said one of the other seats on New Shepard, a reusable suborbital capsule that goes up more than 62 miles before coming back down, would be auctioned to the highest bidder, with the proceeds going to Bezos’ space-focused charity, Club for the Future.More than 7,600 people from 159 countries participated in the monthlong auction, which concluded June 12. The winning bid was $28 million, and Blue Origin said it would reveal the bidder at a later date.On Thursday, just five days before the flight, Blue Origin still did not reveal the winning bidder but said in a news release that this person decided to defer his trip to a future New Shepard launch “due to scheduling conflicts.”Instead, Daemen, the son of the chief executive of a private equity investment and one of the runners-up in the auction, will take the seat.“He was a participant in the auction and had secured a seat on the second flight,” Sara Blask, a Blue Origin spokesperson, said in an email. “We moved him up when this seat on the first flight became available.”Daemen graduated from high school last year and is taking a year off from school before starting in the fall at Utrecht University in the Netherlands.“This is a dream come true!” Daemen said in a news release from the family. “I hadn’t counted on this at all until last week that surprising phone call from Blue Origin came. This is so unbelievably cool! The flight to and into space only takes 10 minutes, but I already know that these will be the most special 10 minutes of my life.”Blue Origin’s spacecraft, New Shepard, is designed for brief space tourist flights, similar to Virgin Galactic’s SpaceShipTwo. But unlike Virgin Galactic’s space plane design, New Shepard is more of a traditional rocket that launches vertically. Near the top of the arc, the capsule, where up to six people sit, separates from the booster. The booster and the capsule coast to an altitude above 62 miles, regarded by many as the boundary of outer space. The capsule’s landing is slowed by a parachute.On this first flight, there will be four people aboard: Daemen; Bezos; Bezos’ brother, Mark; and Mary Wallace Funk, a pilot who in the 1960s was among a group of women who passed the same rigorous criteria that NASA used for selecting astronauts. But that was at a time when the space agency had no interest in selecting women as astronauts.At 18, Daemen will be the youngest person ever to go to space. At 82, Funk, who goes by Wally, will be the oldest.According to the family’s news release, Daemen and his father, Joes Daemen, founder of Somerset Capital Partners in the Netherlands, were intrigued by the possibility of getting on the flight. “But when the bids started to skyrocket during the auction, we dropped out,” Joes Daemen said.Blue Origin did not reveal how much the Daemens were paying for the seat; it has not yet publicly announced a price for tickets. According to the Daemens, the price is a lot lower than the $28 million winning bid. The money they paid will be donated by Blue Origin to a charity that has not yet been determined.On Wednesday, Blue Origin announced that $19 million from the $28 million winning bid will go to 19 space-related nonprofit organizations — $1 million each. The recipients include AstraFemina, a collective of women in science and engineering who aim to serve as role models to girls; the Brook Owens Fellowship, which offers paid internships and fellowships to undergraduate women; and Higher Orbits, an experimental learning lab for high school students.

Tweets by @forbes_india
Xiaomi displaces Apple; Wipro's best quarter ever; and Kausambi Manjita of Mason on the promise of 'no code' tech
China's growth slows as pandemic fears persist